It's the first time the sanguineous tragedy has been performed at the National since 1993. It's been even longer since Norris has helmed a Shakespeare production, and he had strongly hinted at a bold, boundary-breaking production.

While it all makes a strong aesthetic statement, there is little bearing on the story. The heath and the aristocratic hierarchies are dislocated in this murky contemporary setting, which fails to clarify or sharpen Shakespeare’s text. Norris's choice to cut crucial scenes and break the rhythm of certain lines can feel reductive; some of the play's most powerful poetry gets lost in the sound and fury of the production. 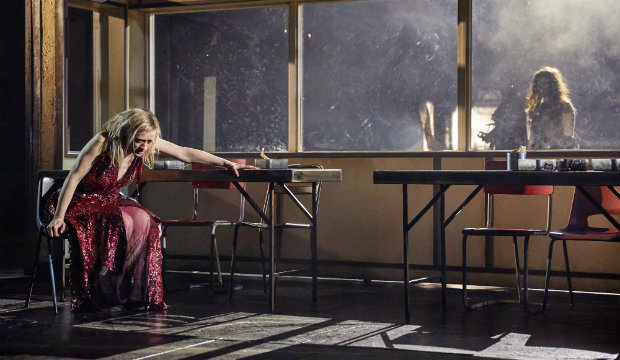 Coherence and impact come from the very capable cast.

Rory Kinnear’s characteristic crisp, mercurial performance makes his Macbeth an intriguing figure, wavering between guilt, ambition and arrogance right to the final fight scene in Dunsinane. But there’s no new urgency to the character, no real hook through which to understand the 'black and deep desires' that propel the tragedy.

It’s Anne-Marie Duff’s Lady Macbeth who really captures imagination. Right from the offset as her husband returns from battle, she is charged with a nervy intensity that makes sense of both the scheming strength and decline into madness.

With two such accomplished actors, this Macbeth could never be a total dud. But after two and half hours of rather hollow, grating visual spectacle, we can't help thinking this show would be more powerful if it was stripped back and simplified. 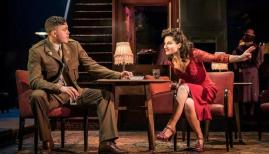