A rich woman is found dead. Her younger lover and only heir, Leonard Vole, is on trial for the murder.

You are invited into the courtroom, to witness the dramas of a trial as they unfold, in a new site-specific production of Agatha Christie's classic crime story. With Jazz-era glamour, the shadow of the first world war, and an especially slippery key witness, it offers plenty of intrigue and atmosphere for director Lucy Bailey (Titus Andronicus, The Globe). 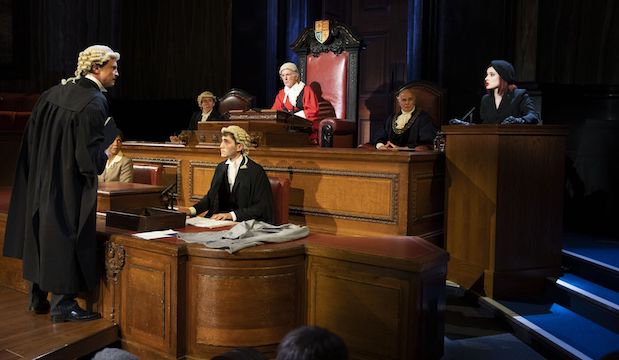 TRY CULTURE WHISPER
Receive free tickets & insider tips to unlock the best of London — direct to your inbox
From the public gallery, you see into the barristers’ chambers and then watch the murder trial twisting and turning to its gasp-worthy conclusion. Leonard Vole (played by Joe McNamara) is a picture of guileless good intention, while his wife Romaine (Emer McDaid) is a slippery Bond-villain menace. And Jonathan Firth is impressive as suave yet dogged defence barrister Sir Wilfrid.

Director Lucy Bailey ekes out the theatricality of the trial, as impassioned cross examinations play out against a detailed backdrop of stenographers, court clerks and ushers. 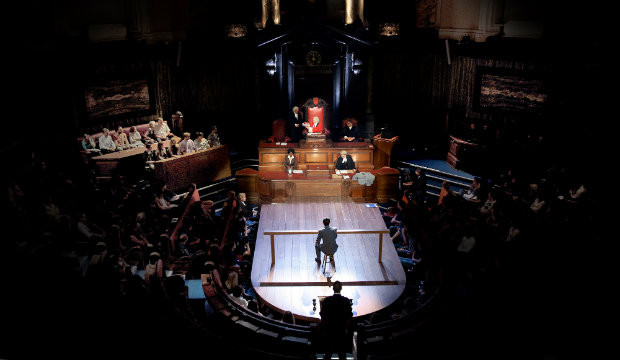 Witness for the Prosecution was Christie's favourite of all her works ('It was one of my plays that I like best myself,’ she recalls in her autobiography). The 1925 short story-turned-play is just as popular with audiences; it has been adapted for film, international theatre and various TV series, most recently 2016's three-part BBC drama featuring Kim Cattrall, Toby Jones and David Haig.

This is the first major production of an Agatha Christie play to open in London since the 1960s. The last, The Mousetrap, is still going strong after 70 years on the West End.

Witness for the Prosecution, County Hall 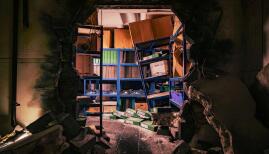