37 CW readers are interested
A Monster Calls, Old Vic theatre review 4 A Monster Calls, Old Vic theatre review Lucy Brooks
The team behind the highly acclaimed Jane Eyre adaptation have transformed another novel for the stage. A Monster Calls by Patrick Ness (inspired by an idea from Siobhan Dowd) is a poignant and touching novel about a boy who, coping with his mother’s battle with cancer, is visited by a monster. Exploring trauma, grief, and deep-rooted love, this devised piece directed by Sally Cookson at The Old Vic is inventive and illuminating theatre. And even though it is targeted towards a younger audience, the sheer emotional potency displayed astounds.

TRY CULTURE WHISPER
Receive free tickets & insider tips to unlock the best of London — direct to your inbox
Using a bare white stage bordered with chairs and hanging ropes, the ensemble seamlessly depict Conor’s (Matthew Tennyson) daily routine: taking care of his Mum (Marianne Oldham), fighting with his Grandma (Selina Cadell), and warding off the school bully Harry (John Leader). But it’s the nights that really affect Conor. Following his recurring and vivid nightmares, at 12.07am the ropes cascade down and transform to reveal the Monster (Stuart Goodwin), a yew tree from Conor’s backyard who has come to tell him three stories. Goodwin warns, ‘When stories are set loose, who knows what havoc they will wreak?’

It’s clear the work has been devised by the company, and there’s a real unity from the ensemble as they move beautifully together. Efficient and slick, they create stirring images that are not just visually appealing for children, but emotionally effective. 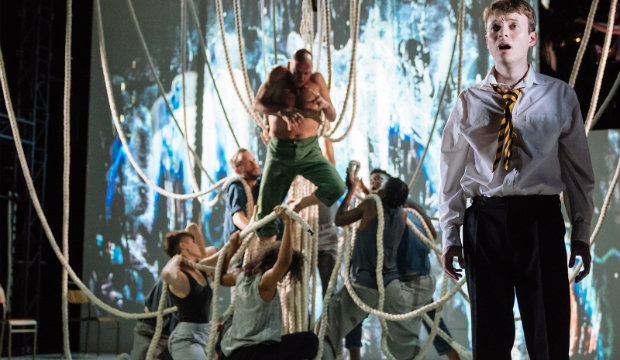 The devised nature of the piece also creates some misfires too, with what sometimes seems like an overabundance of ideas. The Monster’s stories lose steam as they go, particularly the second about an apothecary and a parson which features a strange ventriloquy-like song. And while Goodwin’s voice is excellent as the Monster, his shifting appearance onstage, including stilts in one instance, occasionally jars with the rest of the action.

But the weight and depth of the story make up for any odd trimmings. Oldham as Conor’s Mum is arresting, exhibiting a real sense of anger at her fate as well as an overwhelming (and even blinding) love for her son. But it’s Tennyson as Conor who holds the piece together, creating a complex and nuanced character who makes a truly profound and cathartic realisation.

It’s a moving ending that leads many to tears. Perfectly accompanied by Benji Bowers’s score, A Monster Call is an exquisite, brave and deft exploration of grief that makes for a powerful statement for younger audiences. 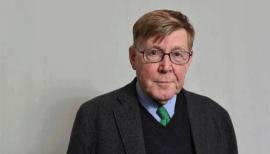