And then there are the innumerable other presences, staring out at you from the stage: porcelain ornaments, unblinking dolls and waxy-faced cherubs crowd every surface.

Set designer Chloe Lamford builds this B&B in Gettysburg Pennsylvania into a bric-a-brac bonanza, packed with knick knacks, stuffed with stuff and cosy to the point of creepiness.

Mertis, played superbly by Marylouise Burke, welcomes us with a twitchy smile and cloying friendliness. It’s quite the novelty for Brooklyn hipsters Elias (Tom Mothersdale) and Jenny (Annieka Rose), who are exploring the Gettysburg battlefields on their way back from Thanksgiving. But we soon realise there is just as much history haunting this guesthouse 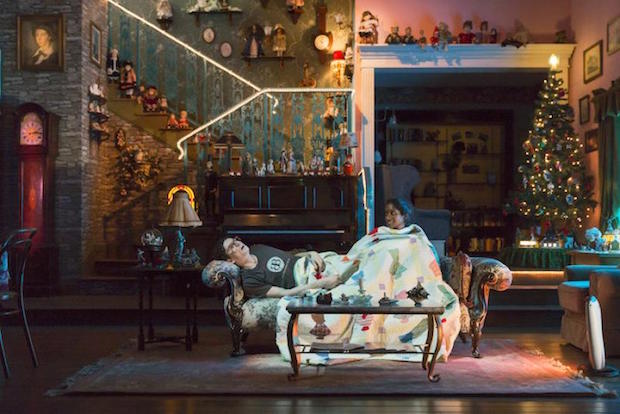 Over a long three hours and twenty minutes, we see smalltalk, acerbic comedy and underlying resentment rendered with remarkable realism. The dialogue itself amounts to a far shorter play; it’s the minutiae and prolonged silences of James Macdonald's production that drag it out, but this is also what pulls you in.

Baker writes with a vividness that makes most drama feel hollow by comparison. The uncompromisingly slow pace may be too much for a few traditionalists (walk outs are not uncommon in Annie Baker's plays), but it's spine-tingling for everyone else.

You realise the rotten core of a relationship in a comment about loud chewing. Whole exchanges take place offstage, just muffles and clatters in some unseen room. The sentience and significance usually reserved for characters seeps out from the very surroundings. It feels like nothing much is happening, but the full force of the story creeps up, taking you deep into the characters's lives.

It’s a blind woman, the disconcertingly commanding Genevieve (June Watson), who sees the clearest. ‘Do you ever feel watched?’ she asks. All of the characters, we discover, do. There's inadequacy in the face of a judgemental doll, possession by a malevolent spirit and the simple sensation of having someone, unseen somewhere, who notices and cares.

And, of course, the same uncanny sensation of being observed by some unseen presence plays upon our own passive role as audience. 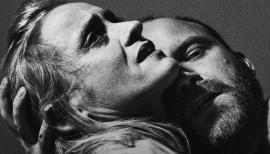 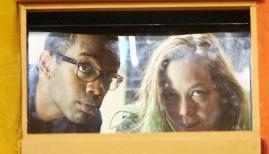