33 CW readers are interested
The Ferryman review 5 The Ferryman review Ella Cory-Wright
Last chance: after superlative reviews, a West End transfer and two extensions the The Ferryman will leave London on 19 May and transfer to Broadway.
They are two of the biggest names in British theatre. One is a Hollywood monolith and founder of the Donmar Warehouse, the other's name is synonymous with the state of the stage in Britain. Now, director Sam Mendes and playwright Jez Butterworth have teamed up for new play The Ferryman – and it’s a true triumph.

Across three hours and 15 minutes of drama, Butterworth’s intricate story-telling and Mendes’ command of pace combine in a sprawling family epic bursting with life, tenderness and tension.

Set in rural Northern Ireland in 1981 at the height of the Troubles, The Ferryman follows the Carney family across one day as they prepare for the harvest haul and feast. 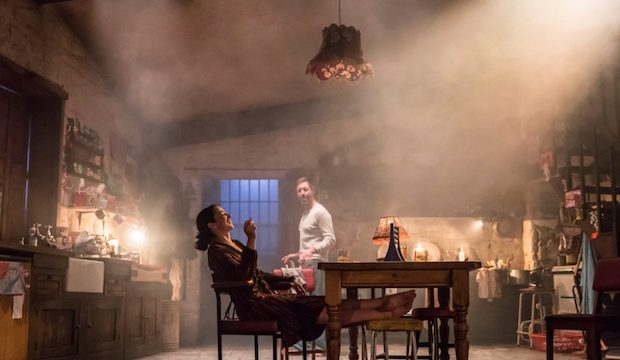 A cast of 23 performers (featuring real farmyard animals, 12 children and six babies on a rota) canter through the daily quibbles of family life with gusto and generous use of expletives. The cadences, craic and comedy of family life are flawless across the board, with especially impressive performances for the wee ’uns.

Rob Howell’s sloping farmhouse kitchen stage design encapsulates the family’s history through the clutter of keepsakes and the smell of bacon frying on the stove. 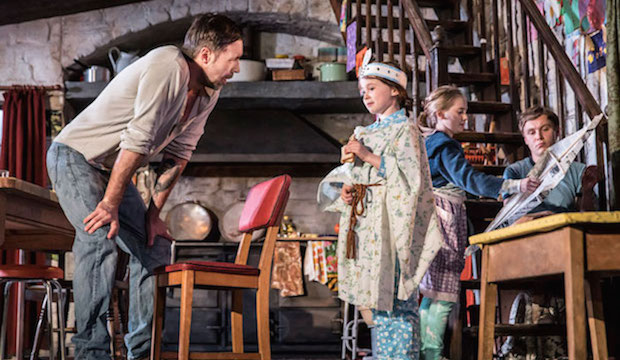 It’s the most complete and absorbing portrait of a family we’ve seen on stage, but The Ferryman cuts far deeper than domesticity, devotion and duty. Politics seeps through the family bloodline, with IRA connections and bloodshed over three generations.

By the interval there were audience whispers of ‘better than Jerusalem’ (Butterworth’s state-of-the-nation epic, which saw people queuing 24 hours for a ticket). By the final, stunning, scene, those whisperers were louder and more certain – ‘the best thing we’ve seen all year’.

Some stories touch you; this one takes root. It stuns you, stays with you and somehow feels a part of you. Do what you must to get a ticket.

On the 20 June The Ferryman transferred to the West End's Gielgud Theatre, where it will run until the final performance on 19 May 2018. Tickets for the transfer are on sale here.