Prism, Hampstead Theatre Prism, Hampstead Theatre Sophie Joaman
Decades after Impressionist painters captured light on their canvases, film-maker, director and photographer Jack Cardiff took the fascination with light further and sought 'to understand [its] very secret'. During a career spanning the silent movies to the start of Technicolor film, he helped create classics such as War and Peace, The Red Shoes and Oscar-winning Black Narcissus. Now his extraordinary life is the subject of a new play, Prism, coming to the Hampstead Theatre this September.

Cardiff was meticulous about lighting, and the care he took over filming the likes of Audrey Hepburn, Ava Gardner and Marilyn Monroe gave him a reputation as 'the man who makes women look beautiful'.

Thanks to the starry cast of characters and the long list of cinematic achievements, Jack Cardiff's story is as colourful as his films. It's already the subject of a well-reviewed 2010 documentary, Camera Man: The Life and Works of Jack Cardiff. Now playwright-cum-director Terry Johnson hones in on a particular moment of the film-maker's life.

Three-times Olivier-winner Robert Lindsay plays the retired Jack Cardiff. Surrounded by the memorabilia and memories of his unique film career, Cardiff sets out on his autobiography – but he would rather live in the past than write about it.

Terry Johnson has a strong precedent for success at the Hampstead Theatre, having written and directed two sell-outs – Hysteria, starring Antony Sher, and Ken in the Hampstead Theatre downstairs. Robert Lindsay, last seen on stage in Dirty Rotten Scoundrels, can boast a combination of theatrical pedigree and TV familiarity that is likely to boost ticket sales. Book soon! 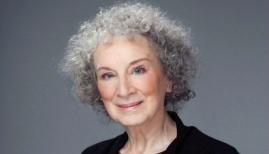 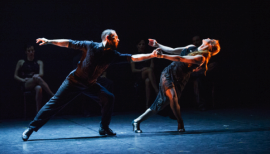