In Remnants, an all-female cast of four singers and a dancer tell the story through new vocal works (by composer Christian Mason), a pulsing electronic track by Shelley Parker, and traditional Balkan music. With provocative dancer/choreographer Jamila Johnson-Small overseeing movement, expect something bold and disruptive. Snippets of first-hand accounts come from audio extracts of interviews with Brkic.

Having worked at the United Nations International War Crimes Tribunal and researched the effects of war on Croatian women, Brkic renders the true story with skill and accuracy. But the history is told from a wholly personal perspective – her reporting combines with the visceral, traumatic experience of time spent in eastern Bosnia identifying thousands of bodies and the family lore of Brkic's grandmother's losses in the Holocaust.

Across a backdrop of historic tragedy, persecution and prejudice, the personal narrative reveals the ongoing impacts of trauma. Expect an insightful, bold production that challenges and unsettles. 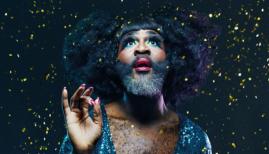