TRY CULTURE WHISPER
Receive free tickets & insider tips to unlock the best of London — direct to your inbox
Based on the film, which, in turn, is a (loose) sequel to Mary Shelley’s novel, Young Frankenstein follows the exploits of Dr Frederick Frankenstein, pronounced 'Fronkensteeeen', and played by rising musical theatre star Hadley Fraser (City of Angels, Donmar Warehouse). Grandson of the notorious Victor, he has dedicated his life to serious scholarship in an attempt to distance himself from his grandfather’s reputation as a “cuckoo”. But then he inherits the original Dr Frankenstein’s castle, Frederick begins slipping into the role of the mad scientist, and meddling in the art of reanimating corpses to alarming, hilarious consequences.

He is helped along the way by comely lab assistant, Inga (a high-kicking, yodeling Summer Strallen), his hunchbacked henchman Igor (played with cockney charm by comedian Ross Noble), and his housekeeper, the stern Frau Blücher (a spry Lesley Joseph). 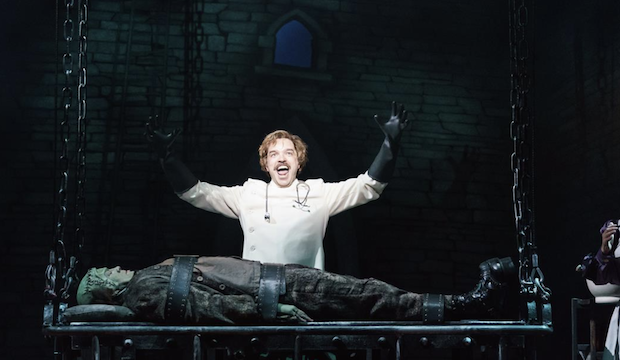 Under Susan Stroman's direction, and thanks to Brooks's involvement, Young Frankenstein translates seamlessly from screen to stage. Sure, the old Hollywood close-ups of the black and white film are, admittedly, lost. But the songs make up for this.

As well as poking fun at ’30s monster movies, the show simultaneously pastiches musical tropes for a comedic match made in heaven that could only have been orchestrated by Brooks. This becomes apparent when the tap-dancing, top-hatted Monster leads a chorus in a rousing rendition of Puttin’ on the Ritz.

Each riotous song is packed with wordplay and Brooks's silly yet smart band of humour. ‘Please Don’t Touch Me’, with its 'tits, tits, tits' chant and Lesley Joseph's vampish ‘He Vas My Boyfriend’ will have even the dourest of audience members giggling. 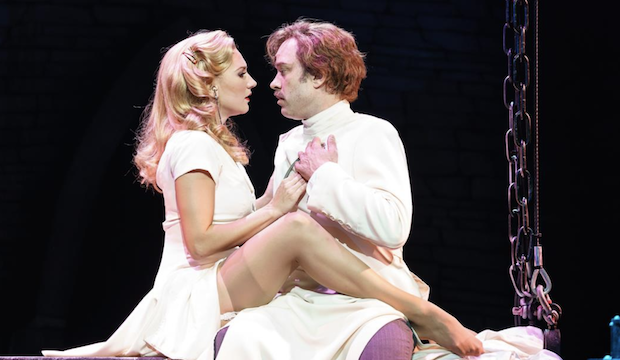 Playing a part immortalised on screen by Gene Wilder (who also co-wrote Young Frankenstein) is no mean feat. But from the spring in his step to the wayward curls, Hadley Fraser's take on the tap-dancing scientist is enchanting. And, though fans of the film will always think of Marty Feldman's cross-eyed Igor, Ross Noble scuttles across stage with his own comedic command.

Although the plot and the jokes sound like pure panto, Brooks' acerbic wit shines through every line and lyric. This lively new addition to London's musicals is an ode to a bygone era of comedy, perfect for people prepared to laugh at double-entendres and visual puns. It's entertainment and escapism, but it's smart too.