Our Ladies of Perpetual Succour review ★★★★★

Don't miss the West End transfer of this uproarious 'play with songs', which impressed at the National Theatre last summer

On a stage littered with empty McDonald’s wrappers and discarded shot glasses, stand six teenage girls in school uniform. One poor, one rude, one in a band, one gay, one posh and one a miracle cancer survivor. This is a stand-out, hilarious, musical play that captures the ferocity, fun, tumult, guts and wonder of being young.

This Scottish choir from a Catholic convent school – or the 'virgin megastore' as they describe it – are preparing to leave their small town on a trip to Edinburgh, where they’ll be entering a singing competition and painting the town the yellow colour of regurgitated sambuca.

The musical script by Billy Elliot writer Lee Hall flits between the profane and the poignant almost as quickly as Martin Lowe’s music dances between the velvety harmonies of choir songs and drunken karaoke punk numbers. A vibrant rendition of ELO's 'Mr Blue Sky' is particularly memorable, and triggered such jubilant applause it almost stopped the show. 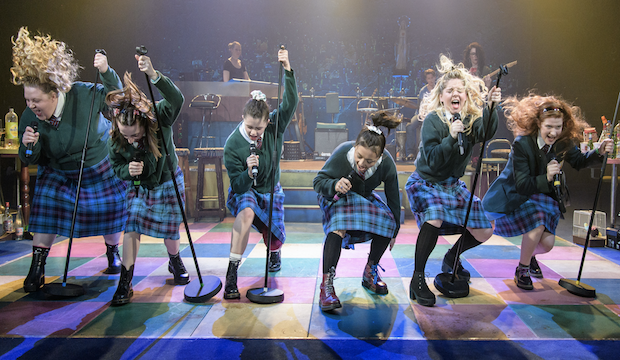 Adapted from Scottish author Alan Warner’s cult 1998 novel The Sopranos (singers, not mobsters), this play isn’t for everyone. But millennials won’t fail to recognise the darker bits of themselves and their friends among the sextet discovering sex, magic mushrooms and themselves for the first time.

As the girls sing their hearts out, struggle to avoid trouble and swap their outlandish histories (“my sister is also my aunty”) their very human, troubled souls shine brightly from behind their eye-watering language and terrible decisions.

The result is as touching and sad as it is funny and silly. Director Vicky Featherstone brings out mesmerising performances from the cast in this London transfer. It's no surprise that Our Ladies of Perpetual Succour was talk of the last year's Edinburgh Fringe, then gained more buzz with a sellout run at Edinburgh's Traverse Theatre and national tour.

This is not a show for stuffy traditionalists (heed the warning: 'contains sex, singing, and sambuca'), but it is the most fun we've had in the theatre for a very long time. 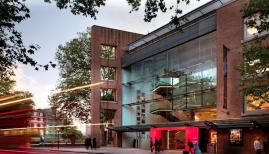