Though billed to run until January, Guys and Dolls will now leave the London stage at the end of new star Rebel Wilson's stint as Miss Adelaide. Famous across the world for vibrant comedy roles in blockbuster films such as Bridesmaids, Pitch Perfect and How to be Single, Wilson's West End debut brought star power for eight weeks. 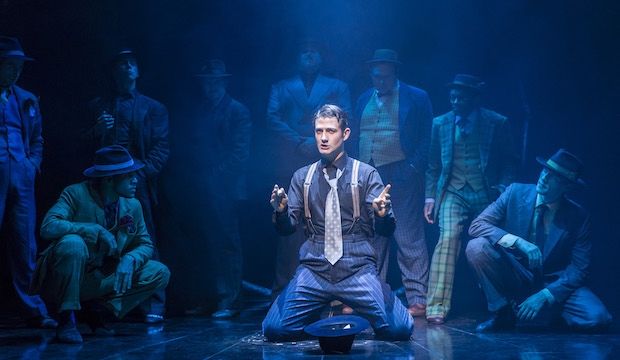 Imelda Staunton's quadruple Olivier-winning Gypsy set the bar high for Chichester musicals in the West End. Guys and Dolls, which followed hot on its heels, more than lives up to the five-star precedent. After a superlative stint at the Savoy, with Jamie Parker as Sky Masterson, the musical has simultaneously headed off on a regional tour and settled in to the West End's Phoenix Theatre. With fond memories of the Savoy run still fresh, we were wary of disappointment at this recast Guys and Dolls. But, if anything, our smiles were even bigger this time around.

A slick production and talented cast make the most out of a show that bursts with hit songs by Frank Loesser, including the iconic 'Luck be a Lady Tonight' and show-stopping 'Sit Down you're Rockin' the Boat'. The plot may be simple but Abe Burrows' abrasively funny book has just the right amount of frivolity to brighten up the frostiest of winter evenings.

Against the rambunctious backdrop of an underground Craps game and Broadway's Hot Box cabaret club, optimistic gambler Skye Masterson (played with panache, swagger and stonking vocals by Oliver Tompsett) takes on a bet to seduce a pious missionary (Siubhan Harrison).

Belly laughs a-plenty come courtesy of hapless Nathan Detroit (Richard Kind) as he must negotiate imposing mobsters, interfering police officers and a patient yet persistent fiancée. While Samantha Sprio's Miss Adelaide doesn't have quite the same extremity of eccentricity that Sophie Thompson brought to the role, she still consistently has the audience in stitches. Happily for London audiences, Gavin Spokes, who brings bundles of energy and charm to sweet sidekick Nicely-Nicely Johnson has kept his role for the Phoenix Theatre transfer. And this time the audience were even more rapturous at his 'Rockin' the Boat'. 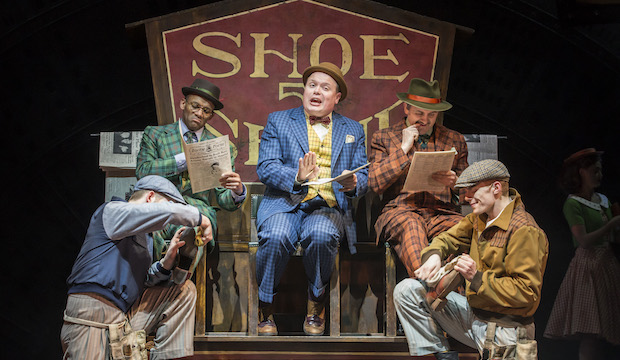 For seasoned theatre-goers, a new production of Guys and Dolls is a gamble. The triple Tony and double Olivier Award-winning Broadway show premiered in 1950, was adapted for Hollywood starring Marlon Brando and Frank Sinatra and has enjoyed a few blockbuster stage revivals since, most definitively Richard Eyre's 1982 National Theatre production, which, over 25 years on, is still considered a pinnacle of musical theatre.

While American director Gordon Greenberg doesn't quite achieve the fabled quadruple encores that rocked the National, this revival of Guys and Dolls is a joy in its own right.

The big ensemble numbers are made spectacular with choreography by darling of dance Carlos Acosta. Renowned for classical ballet, Acosta channels his Latin heritage and imbues the Havana scene with electrifying energy. Balletic leaps and flawless backflips compliment the upbeat pace of the songbook and ensure there's not a flat moment.