Authentic Italian deli Lina Stores opens a Soho restaurant with Italian chef Masha Rener, a former customer who had a restaurant in Umbria, running the kitchen

Since original founder Lina opened the doors to the Brewer Street deli nearly 75 years ago, Lina Stores has become a Soho institution, providing homesick Italians and in-the-know Londoners with the very best ingredients that Italy has to offer.

The story behind the opening of the restaurant is almost fairy tale poignant. Head Chef Masha Rener fell in love with Lina Stores when she was a young Italian living in London and searching for authentic Italian produce nearly 2 decades ago. After returning home to open a restaurant on her organic farm in Umbria, Masha remained a close friend of the Lina Stores extended family, as she travelled back and forth between the two countries sharing recipes. Last year Masha sold her restaurant and returned to London and the Lina Stores team finally decided to open a restaurant, with Masha at the helm.

The menu is incredibly appealing and great value too. Best of all among the simple starters is radicchio, puntarelle (a kind of crisp chicory prepared by putting strips of the leaf in iced water until they curl) and anchovy dressing. We also liked the salted ricotta with a decidedly punchy 'Nduja – a Calabrian spicy soft sausage. 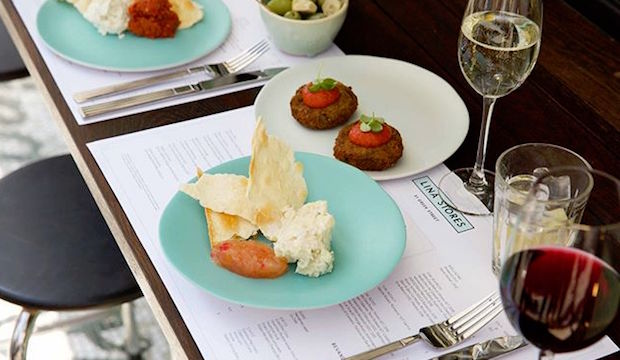 Pasta is hand-made each morning at the 18 Brewer St deli (as it has been since 1944) using Italian flour and fresh eggs. The chitarri with crab and chilli was good, though the sauce could have been lifted with more fresh herbs. We swooned over the fresh ricotta and herb gnudi, and the little croquettes of ethereal lightness that I will be ordering on every return visit. Next time, in carnivorous company, we're keen to try pici with porcini mushrooms and Umbrian sausage, as well as pappardelle with rabbi and olives. We're huge fans of Lina Stores' Sicilian style crunchy cannoli tubes stuffed with fresh ricotta and pistachio, but it was the ultra rich buttery chocolate cake with an irresistible fudge texture, served with whipped cream, that shone.

A small selection of Italian classic cocktails and Italian wines are on offer. Don't miss the Italicus Sour. It's a bergamot liqueur recently restored to fashion, mixed with gin, a touch of sugar and egg white – it is superbly zesty.

We recommend sitting at the counter for the full mid-century Italian cafe experience to admire the retro fridge, chat to the chefs and watch their deft pasta serving technique. Downstairs is cosy with whitewashed brick walls, great nostalgic photos of Lina Stores and so covetable retro eau de nil chairs, though rather too warm on a balmy evening.

Lina Stores restaurant is a delightfully affordable addition to the Soho dining scene, walk-ins only.

Price: £60.00+ for two with drinks
Click here for more details and to book. 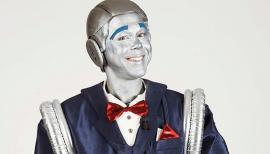 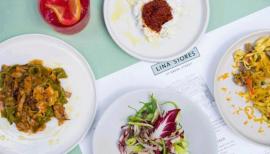 Our love affair with London's Italian restaurants: the new openings
Sign up to CW’s newsletter
By entering my email I agree to the CultureWhisper Privacy Policy (we won`t share data & you can unsubscribe anytime).