Offenbach's cheerful operetta turns sour in a well-sung but skewed production, with Emma Rice making her debut as opera director

The piece itself has bobbed along through the history of music since its premiere in 1858, surfacing from time to time to entertain a new generation of audiences. Many at the Coliseum would never have seen a professional production before. They could not have wanted for better singers: soprano Mary Bevan, tenor Ed Lyon and assorted reliable old hands.

In the pit, the distinguished conductor Sian Edwards, conducting the indefatigable Orchestra and Chorus of English National Opera. At the helm, director Emma Rice, with her proven track record for hilarious and enchanting productions such as Wise Children and The Flying Lovers of Vitebsk. 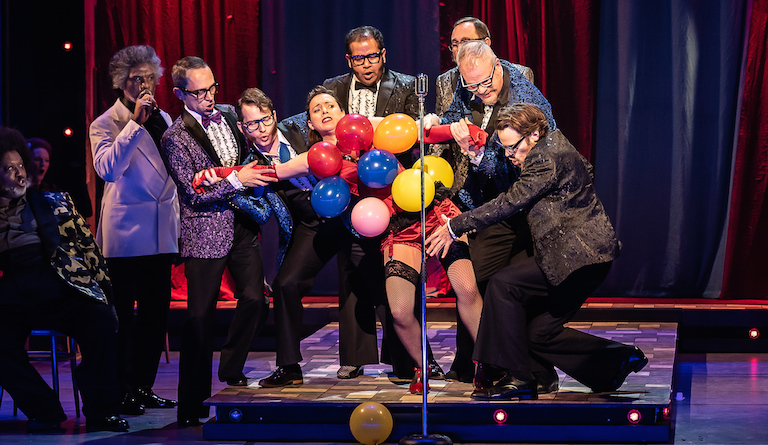 Mary Bevan as Eurydice is outnumbered in a seedy nightclub. Photo: Clive Barda

But for all the high-class ingredients, the whole confection leaves a bad taste. Where did it all go wrong?

Orpheus in the Underworld is the second of ENO's four Orpheus operas this season; each composer takes the same basic myth. Orpheus and Eurydice have parted, Eurydice is poisoned during a dalliance and goes to the underworld. Orpheus can only regain her if he does turn to face Eurydice as he leads her back up to earth.

In Offenbach's version, staged to a fun-loving Paris at the height of its hedonistic 19th century, Pluto's underworld is a riotous place. The music that was adopted by the Can-Can craze comes from Offenbach's light-hearted take on hell.

Emma Rice in a very freely rewritten version with Tom Morris stops to look at where the marriage founders. She invents for the couple a baby, lost at birth. Post-natal depression and grief drive Eurydice into an affair with shepherd (Pluto in disguise, one of Alex Otterburn's several entertaining personas). The ENO chorus's balloon sheep are one of the evening's few pleasures. 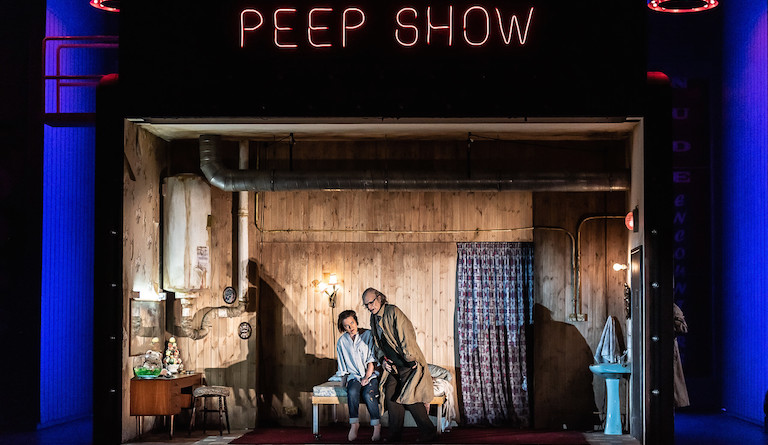 When Orpheus is advised by Public Opinion, a Greek chorus figure in the shape of a London cab driver (baritone Lucia Lucas), to appeal to the vivacious gods on Mount Olympus, he lands up at their luxury spa. Everyone piles in on his descend to the underworld, a Soho-like maze of peep shows.

This squalid and repellant crime scene is at odds with Offenbach's exuberant music, and the abuse of Eurydice is plain nasty, whether it be the ogling of the dirty mac brigade, the unwanted attentions of seedy John Styx (Alan Oke), the rape by Jupiter in the form of a fly, or the dance that Eurydice is compelled to perform. We are horribly wide of the mark now; this is a show about modern slavery, but it's not Offenbach's show.

Consolation comes from the alacrity of voice and movement of Mary Bevan and Ed Lyon in the title roles, and from some of the first-act effects. Lizzie Clachan's set let rips in a way that she could not in Orpheus and Eurydice, which opened this season, and costumes by Lez Brotherston are lavishly vulgar. 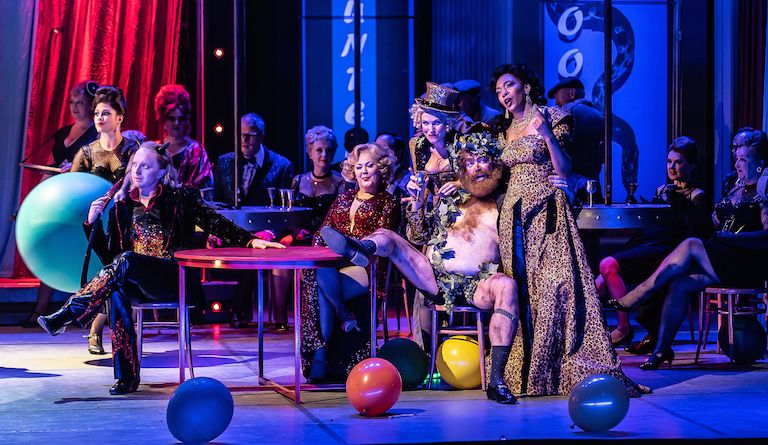 Soprano Ellie Laugharne as Cupid and bass-baritone Sir Willard White as smoothie Jupiter stand out in a strong supporting cast. And there is a notable ENO debut by mezzo-soprano Idunnu Münch, as Diana, rich-voiced and a huntress no prey could overcome, animal or human.
But despite such spirited performances, the comedy is laboured, its heavy-handed gags megaphoned to the cavernous house.

There's always room for new opera directors, but is it right to break into that demanding discipline at national opera company level? And it's seldom wise to self-mockingly include the line: 'These operas can go on for ever' if yours is going to do just that. Emma Rice's whole package is something you wish you hadn't opened. It looked as though it was going to be a charming gift, and turned out to be something unmentionable.