A family favourite for more than 30 years, Jonathan Miller's fast, funny and satirical production of Gilbert and Sullivan's operetta returns for an incredible 15th time...

It's all for fun, of course, that list, constantly updated since lyricist WS Gilbert first poked fun at the establishment, at the Savoy Theatre in 1885, in his new operetta with Arthur Sullivan, The Mikado. But at another level, Brexit is no laughing matter for musicians: no freedom of movement, less work. No wonder the first night audience of music-lovers and showbiz folk at the Coliseum adored this latest iteration of the list, crisply put across by Richard Suart as Ko-Ko.

This delectable production by Jonathan Miller of a work that lampoons idiocy in power was first staged at the Coliseum in 1986. With Stefanos Laziridis's lusciously creamy palm court set, just a little crazy, and Sue Blane's 1920s costumes, it is now a classic that is introducing whole new generations to the genius of G&S. 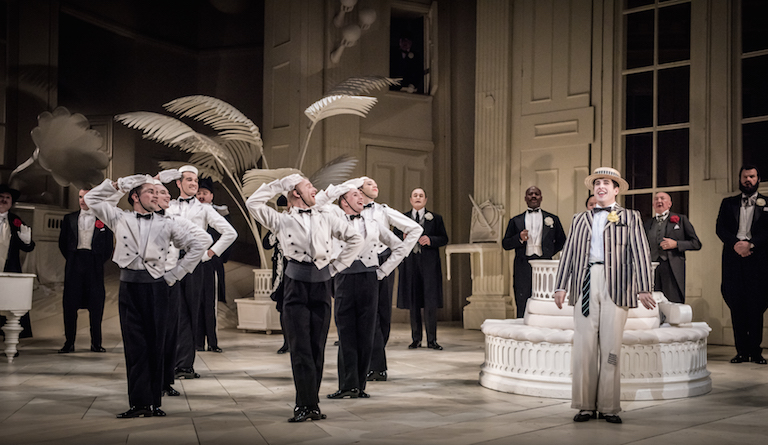 Every new cast freshens up the tried-and-tested model, while old hands like Suart give it patina. John Tomlinson steps into the giant shoes of the late Richard Angas, who at 6ft 7in made the towering, outsize Mikado his own for many years. It's not a natural fit, but scoring his 50th role with English National Opera, Tomlinson is much-loved, and the voice certainly comes in extra extra large.

The action takes place in a fictional Japanese town (Britain was enjoying a Japanese craze when the piece was written). A 'wandering minstrel', Nanki-Poo, confides that he loves school-leaving Yum-Yum. But she’s betrothed to Ko-Ko, who has been made Lord High Executioner as a reprieve from his own death penalty, imposed for flirting.

When the Mikado decrees that Ko-Ko must do his job, he and Nanki-Poo come to an arrangement that backfires with the arrival of the Mikado in person, and the revelation of Nanki-Poo's real identity. 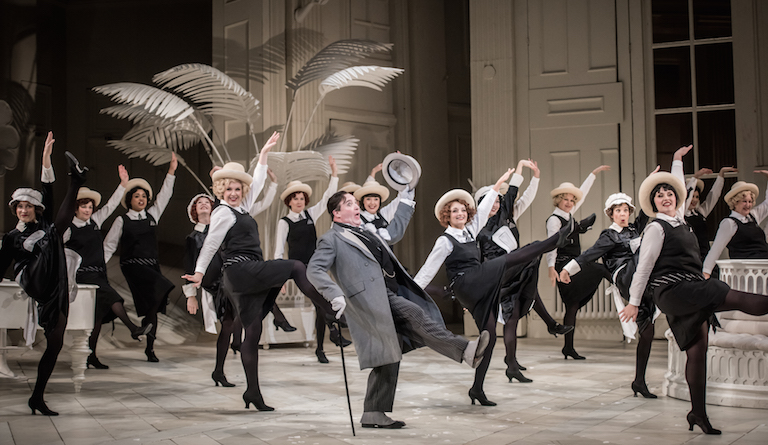 These days, jokes about beheadings are hard to bring off, and they just have to be got through. It helps to put the emphasis on the absurdity of rulings by puffed-up untouchables, and we all know about those.

ENO's great comedian baritone Andrew Shore is Pooh-Bah, who holds every office in the town and makes a mockery of contradictory opinions, all held by himself. As bride-to-be Yum-Yum, soprano Soraya Mafi is as delightful as ever, and tenor Elgan Llŷr Thomas as Nanki-Poo is a voice to listen out for. (Catch him in Messiah at the Royal Albert Hall, 18 Dec).

Yvonne Howard is spared the humiliations of the old maid character by a combination of her own natural glamour and the invented, adoring sidekick, her pilot to Titipu when she flies in to claim Nanki-Poo for herself. Yum-Yum's schoolfriend Pitti-Sing, who becomes embroiled in a deception, is wonderfully sung by Sioned Gwen Davies. 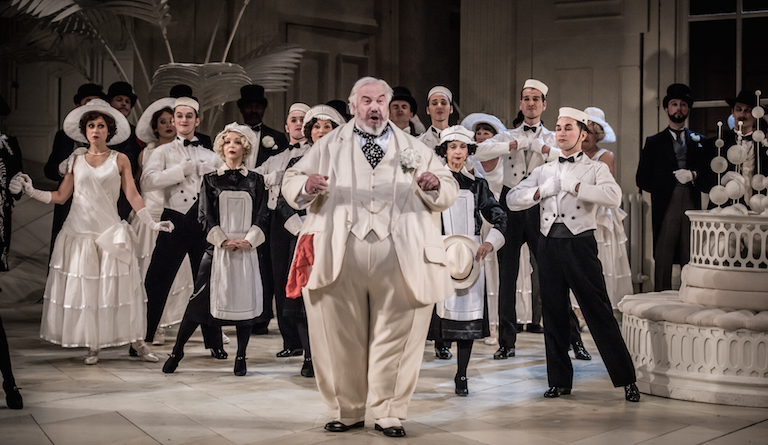 For all its off-with-their-heads awkwardness, The Mikado is stuffed with wonderful songs, and shows Sullivan, the apparently effortless mimic, master of all genres, from the precise madrigal to grand opera.

It's laugh-out-loud funny, topical but also escapist, and sends you out humming. What more can you want on a grim November night?

The Mikado is sung in English with English surtitles. Further performances are on 9, 16, 22 and 30 Nov, including three matinees and one 6PM start. Under-18s go free in the Balcony on some dates
by Claudia Pritchard 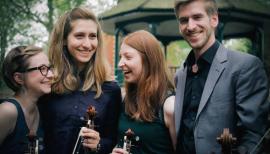