Nothing is what it seems here, of course, through the looking glass or in wonderland, and in Alice's Adventures under Ground at the Royal Opera House, you have to look sharp and, often, look twice.

You can even listen twice: the work is sung by two entirely different casts alternately for the rest of the run. Each has been rehearsed independently, and they have noticeably different teamwork. But they share a director and designer, Antony McDonald, returning to Covent Garden after his sparky Hansel and Gretel with another production aimed at the whole family. 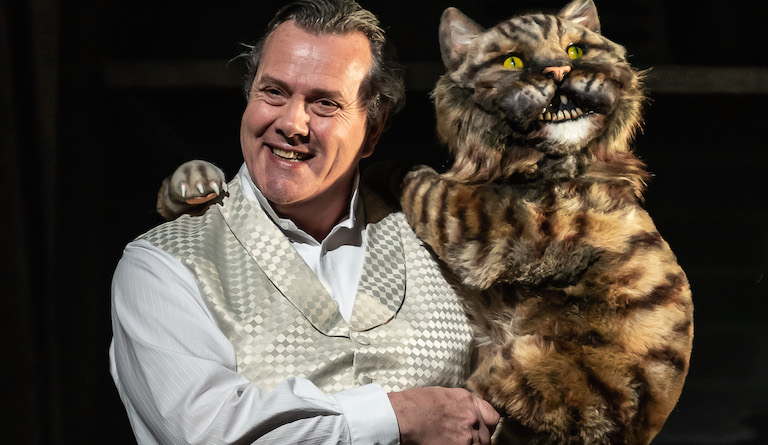 Alice tumbles into her adventures at the start of the opera and finds herself on a stage within a stage, with hand-drawn sets, like a toy theatre, although she pops in and out of the action which gallops along at breakneck speed. Barry's score admits no stragglers, and as Alice is hurried across the chessboard to be made queen – dodging Tweedledum and Tweedledee on the Fourth Square, Humpty Dumpty on the Sixth Square – the audience races to keep up.

No chance of being bored by longueurs in this opera, then, and the nonstop visual pleasures help any audience more accustomed to more traditional writing to take in music that is sometimes abrasive and angular but always entertaining. Rude, warring brass and characterful woodwind propel the score that features Barry's trademark games and multiple cultural references, and the Orchestra of the Royal Opera Hoise under fellow composer of innovative opera, Thomas Adès, is on twinkling form, enjoying the musical jokes.

Humpty Dumpty's rhyme is sung to The Ode to Joy, EU anthem and finale of Beethoven's 9th symphony. It scans perfectly. The nonsense poem Jabberwocky – 'twas brillig and the slithy toves did gyre and gimble in the wabe' – is sung to the tune of It's a Long Way to Tipperary. In Russia. Well why not? 'Why not' could by Barry's motto, in any language. 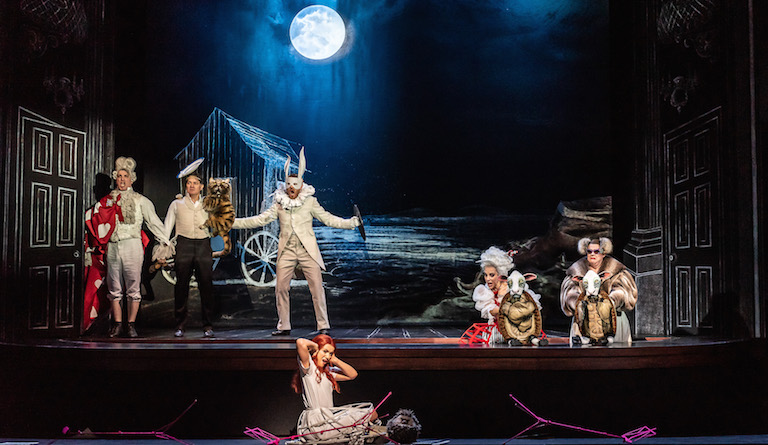 Foreign phrases season the piece throughout, and all our childhood friends are here: the Red and White Queens, Red and White Knights, the Mad Hatter at his tea party, the frantic White Rabbit, always late.

Fantastical costumes by McDonald and good-humoured versatility conjure 51 characters from only six singers, plus Alice, with the help of a little puppetry and three dancers representing the people in Alice's 'real' life – Carroll himself and her sisters. Look out for a fat and furry Cheshire Cat, and two baffled sheep-faced (mock) turtles.

As for those two casts, the exuberance, inventiveness and sheer towering bulk of the cast led by a dwarfed Jennifer France as Alice has the edge over Claudia Boyle's Alice team, which includes Joshua Bloom as a laconic Humpty Dumpty. Big hitters in the Jennifer France/Alice cast include the irrepressible, all-singing all-dancing tenor Nicky Spence as the White Rabibit et alia, Barry regular bass Stephen Richardson as the Cheshire Cat et al and Robert Murray as the March Hare et al.

Allison Cook is a deliciously imperious Red Queen, and both France and Boyle handle their sky's-the-limit coloratura role with defiance, charm and aplomb. 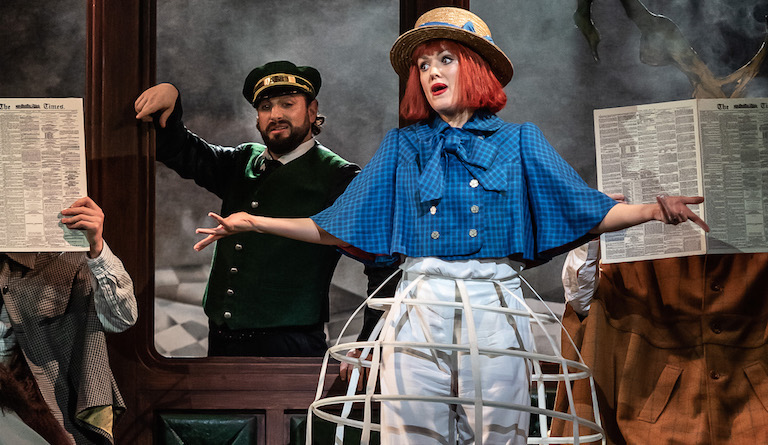 There was a cheering number of small children.at the earlier of the two first-night performances, and London schools have already enjoyed a performance solely for them. Unguarded little gasps, comments and giggles from these tiny opera-goers added hugely to the fun.

The many gags are helped by immaculate diction, and the practice of speaking some lines or singing them a capella, and holding back the orchestra for the big splashes of colour.

Fabiana Piccioli's lighting adds another dimension and movement director Lucy Burge lets no one stand still. I would have liked much more from the Cheshire Cat, surely one of the finest characters in English literature. But it's not often you hear this much music, see this much action, laugh out loud this often in a 55-minute opera.

Don't expect rumpty-tumpty nursery rhymes. This is a different musical rollercoaster entirely, but it's here to stay. Jump on this time, or next time round...