The London-based rising star would drop everything if the dance show came calling... 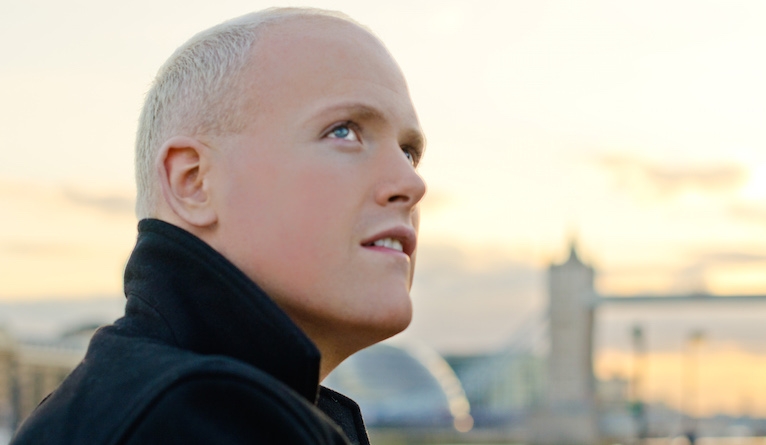 Nicky Spence lives in London, travels the world. Photo: Raphaëlle
If you love opera, chances are you will come across the Scottish-born tenor Nicky Spence some time over the next few months. Already highly acclaimed for his leading role in English National Opera’s Jenufa, by the Czech composer Janáček, in July he goes ‘home’ to Opera Holland Park, where his professional career began.

And before that, he is among the singers launching the new Theatre in the Woods of Grange Park Opera, singing the same role of the feckless lover Steva in which he was so impressive at ENO. Work abroad and recitals also fill the diary until his Royal Opera House debut in the new year.

TRY CULTURE WHISPER
Receive free tickets & insider tips to unlock the best of London — direct to your inbox
This is, in short, a pivotal year for a singer who many people have been keeping an eye on since he was first selected for the Harwood scheme at English National Opera that nurtures emerging artists. Like the Jette Parker scheme at the Royal Opera House, which is bringing on new singers and directors such as Gerard Jones, the Harwood believes in giving the artists time to develop. And after seven years’ association, Nicky is flying solo, and flying pretty high.

When he returns to Opera Holland Park in July, he will sing the role of Tichon, a husband torn between loyalty to his wife and to his mother, in another Janáček opera, Kat'a Kabanova. OHP is home, because he made his debut there in Beethoven's heroic Fidelio in 2010, when one impressed critic described his character, the jailer’s assistant Jaquino, as ‘strikingly vicious’.

The young man sipping flat white before boarding the Eurostar for Paris and a performance in Berg’s Wozzeck is striking indeed, and the opposite of vicious, with a gift for making friends and a talent for happiness: tall, fair and quite angelic in appearance, he laughs about his considerable stature, actually something of a bonus in a world where diminutive tenors can be somewhat comically overwhelmed by statuesque, love-interest sopranos. That’s certainly not going to happen to Nicky who, despite describing himself as ‘naturally high vis’, is a notably smashing mover on stage, as well as having a terrific voice.

Born in Dumfries, Nicky started out in the Scottish Youth Theatre and National Youth Music Theatre, and was turned on to opera at 15 by a neighbour with a spare ticket for Mozart's The Magic Flute. He was the youngest student to be admitted to the Guildhall School of Music and Drama here in London, where he enjoyed the crossover between music and theatre that chimed well with his own ambitions beyond purely singing, and where his teacher was John Evans, who continues to have a big influence.

There was a brush with pop music – he says he owes more to Tom Jones than Pavarotti in the finding his own adult voice – and a tour with Shirley Bassey, but he turned down a £1m contract to focus on opera. Nevertheless, he casts his musical net wide.

'I love musicals,’ he says. ‘A Chorus Line is my most favourite musical ever.' He loves Sondheim too, and has appeared in three productions of Into the Woods. Upcoming is a tour with the Geneva Camerata chamber group that crosses the music of JS Bach with the sounds of Broadway. And Nicky will be among a host of artists celebrating the music of Leonard Bernstein, the ultimate crossover artist, at the Barbican into 2018.

But for now, he has a summer of Janáček, which also allow him to go home at night to a newly purchased ground-floor flat in Deptford, part of a converted convent built in 1898. He is going to take up gardening, although his knowledge of plants so far does not go far beyond knowing the pink ones from the blue ones.

His association with Grange Park Opera, as of this year based in Bamber Gascoigne’s estate in West Horsley Place, goes back to an impressive appearance in Poulenc’s tragedy The Carmelites at the company’s old base, now the home of the Grange Festival. To be helping to christen Grange Park Opera’s purpose-built Theatre in the Woods is a big thrill.

Having risen through these various respected companies, Nicky makes his Royal Opera House debut in March 2018, in a new production. And it’s Janáček again, this time, once more singing in Czech, which he first mastered phonetically, From the House of the Dead, based on the book by Dostoevsky, and under the baton of the maverick Greek conductor Teodor Currentzis, who draws electrifying performances from his artists.

With other performances worldwide in the diary, there's one secret ambition to fulfil. Having owned the stage at ENO as the swaggering ladies’ man Steva – think Philip Seymour Hoffman in The Talented Mr Ripley – and being a party animal at heart, Nicky would love to dance more. And his admission could strike fear into casting directors worldwide: ‘If Strictly came to call, I would cancel all engagements …’