Verdi's opera about love, ambition and hypocrisy comes up to date at the Coliseum where a magnificent cast rescues a dire production

In the event, Luisa Miller was, on the one hand, one of the best sung operas at the Coliseum for many years. On the other, it was subjected to one of the nastiest productions, directed by Horáková Joly – infuriating, distracting, oblivious to the score and insulting to an astonishing array of soloists and a chorus on absolute tip-top form.

Like certain plays, there are operas that are so well-known that a refreshing new take – perhaps in modern dress, or in an up-to-date setting – is exciting, illuminating and a recognition of the universality of the drama and characters. Luisa Miller is very rarely staged and unknown even to many opera nuts – unfairly, for it is packed with great music, and often reminiscent of the big hitters such as Rigoletto. I have a CD from 1964 that I play constantly, and was counting the days until I got to ENO. 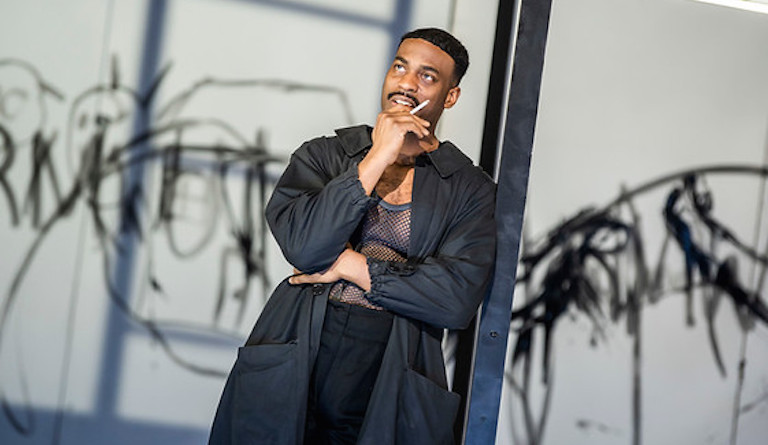 Dire direction with its meaningless muddle of clowns and other clichés, was augmented by Andrew Lieberman's tedious graffiti design, Eva-Maria Van Acker's weedy costumes and James Rosental's destructive choreography. Black marks all round. Literally, as it happens.

Thank goodness, then, for the heaven-sent singing, musicianship and saintly good natures of an outstanding cast, made to do daft things, and yet never less than brilliant.

Leading the cast is Elizabeth Llewellyn in the title role, as a low-born young woman in love with a man who proves to be of noble birth. She is tricked into giving him up to save the life of her father, but an important truth comes out – too late. Llewellyn's descent from giddy, loved-up birthday girl to sacrificial victim of male abuse is both musically and visually powerful, her strong honest soprano rising over the mass of conflicting voices, and her passion and gift for communication that of a soul singer. 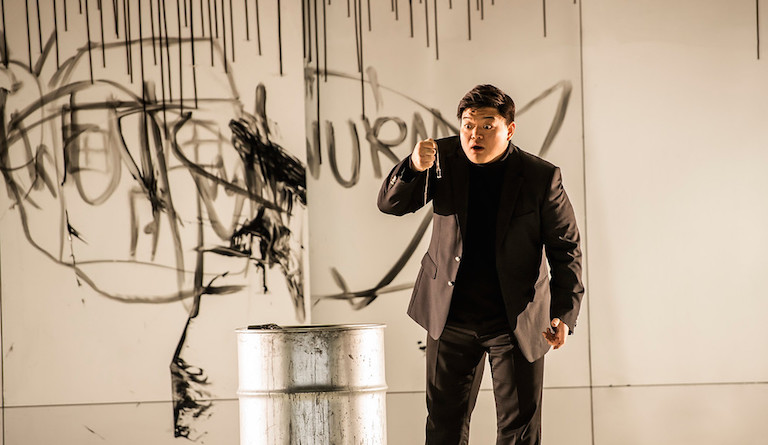 Christine Rice is a foxy Federica, the grand dame picked out as a more suitable bride than Luisa for Rodolfo, and Nadine Benjamin turns in a customarily exuberant performance as Luisa's friend Laura.

Conductor Alexander Joel whips the whole thing along with verve, the Orchestra of English National Opera growing in strength after a slighty spindly start, and with some lovely solo work.

And as for that amazing, long-suffering chorus... You can wait years for ensemble singing this good. 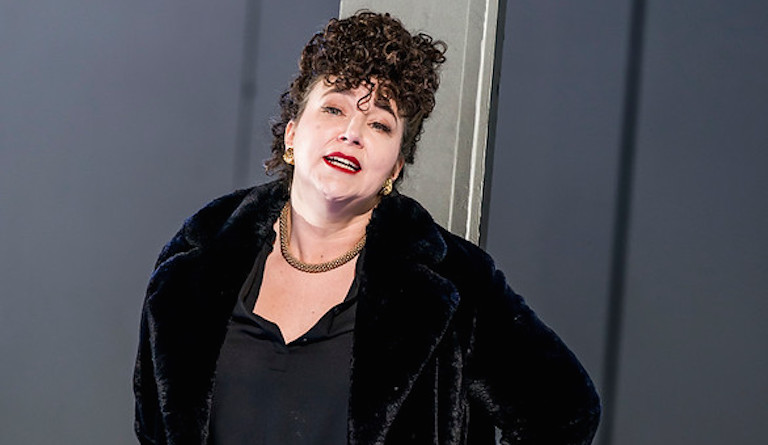 Luisa Miller was first staged in 1849 at the San Carlo Opera in Naples, an occasion so troubled that Verdi refused to produce another opera there. The great composer was at the height of his powers. At the Coliseum the only good thing about Horáková Joly's contribution was that it reminds you that good productions do not, as Verdi knew, just happen.

Yet, if you don't know Luisa Miller, I urge you to take this rare chance to discover its amazing music. If you do know it, you will already have it in your diary. You just might be better off in a seat with a restricted view.

Luisa Miller is sung in English with English surtitles. Further performances are on 19, 21, 28 Feb; 6 March. There is a pre-performance talk on 21 Feb. Running times is 2hr 40min, including one interval. It is a co-production with Oper Wuppertal in Germany
by Claudia Pritchard