Next in the season comes Verdi's Rigoletto, and again the storyline hinges on a young woman whose trusting nature and youthful passion is no match for the experience of an older man. This time it is Gilda, the daughter of the court jester of the Duke of Mantua, whose first love is a tragic affair. When she falls for the Duke himself, she sacrifices all, to the despair of her protective father.

At Opera Holland Park, a new production of Rigoletto directed by Natascha Metherell features the soprano Anna Patalong as Gilda, an exciting prospect from this lovely voice. Her anxious father Rigoletto is sung by baritone Stephen Gadd, with Italian tenor Matteo Desole as the Duke.

Blaise Malaba sings the sinister Sparafucile, a hired assassin, with Hannah Pedley as the thug's sister Maddalena, whose job is to lure the Duke to his death, until Gilda intervenes. The quartet for these four characters in the final act is one of the most loved ensemble numbers in all opera.

Similarly, the Duke's carefree aria 'La donna è mobile' – 'Women are fickle' – is a highlight of this opera's magnificent score.

A very important role is played by the male hangers-on at court, which is where the splendid Opera Holland Park Chorus will come into its own.

With the opera house's own substantial backdrop and design by Alyson Cummins this Rigoletto, an exciting follow-up to last year's five-star Verdi production, Il Ballo in Maschera.

In the pit is the City of London Sinfonia, under the conductor who helped make such a success of that great night, Matthew Kofi Waldren. Rigoletto promises to be one of the great events of Opera Holland Park 2020. 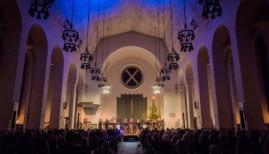 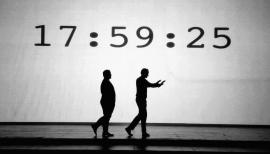