Four times he has disobeyed instructions, has looked at her, and so condemned her to slip back out of earthly life. And you might think that seeing this story unfold yet again in its final iteration, in Philip Glass’s Orphée, would feel repetitive.

Not a bit of it. Glass’s 1991 opera is based on the 1950 film by Jean Cocteau of his own avant-garde play, first staged in 1926. And topping out this evolution of nearly 100 years, in Netia Jones’s production at the Coliseum we have English National Opera at its best – switched-on, fleet of foot, witty, and musical to its boots.

From the opening bars, in which conductor Geoffrey Paterson, making a brilliant ENO debut, whips the Orchestra of English National Opera into a jazzy frenzy, through mysterious and haunting exchanges to the satisfying ending, this Orphée catches something of the magic of the famed Egyptian-based Akhnaten, as staged again so brilliantly last year, while going close up, in an appropriately filmic way, on characters. 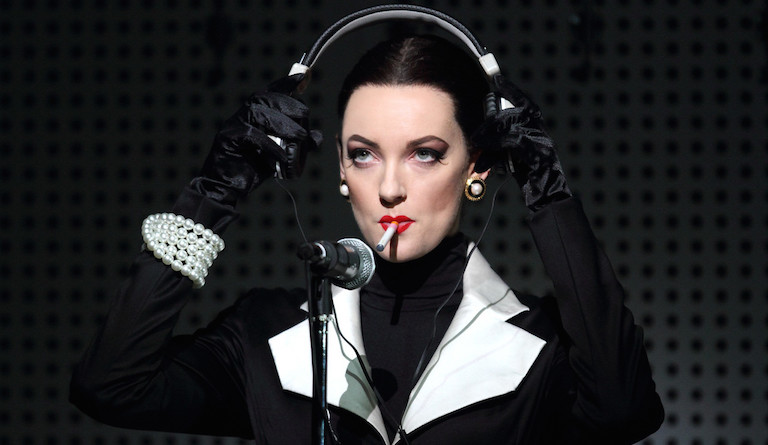 Jones retains many cinematic references, while outstanding performances by the singers make this an out-and-out marvel of live music theatre, which unfolds on a rolling set.

The opera opens at a crazed jazz club, Danielle Agami’s witty, detailed and angular choreography creating a Vorticist engine of many moving parts. I would happily watch this opening scene alone over and over again. Jones’s own highly inventive costume designs echo the black and white of early film, with glimpses of blood-red as reminders of mortality.

A fatal accident brings mortal life into collision with the Underworld, and characters move between the two through mirrors, represented by simple frames in Lizzie Clachan's sophisticated design with Jones's own back projections. When we look at ourselves, we learn, we are looking into death.

Vain Orphée himself spends a lot of time looking at death, as it happens, being a self-regarding poet obsessed with tuning in to another sphere, with the aid of a radio. Homely Eurydice in her floral dress, interior design to match, is pregnant and overlooked, as Orphée becomes infatuated with the Princess. 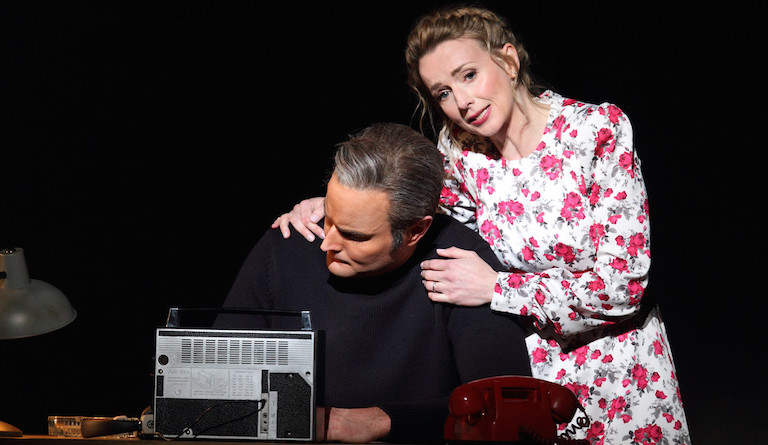 Circumstances take each into the dark world of the Princess, with constant guidance from alternately sinister and encouraging Heurtebise, who ferries souls between life and death.

The Princess proves not to inhabit the elegant circle her sexy demeanour suggests but a place of perpetual suffering and desolation. The mirror did lie.

Baritone Nicholas Lester’s sonorous but dippy Orphée is easy prey for soprano Jennifer France’s electrifying Princess, weaving her spells at the top of the voice, a hint of violence in its razor edge. This is another exciting ENO debut. Soprano Sarah Tynan’s long-suffering Eurydice, on the other hand, is as fragrant as the roses in her ideal world. France will be at the Royal Opera House in February in the title role of Alice's Adventures Under Ground. 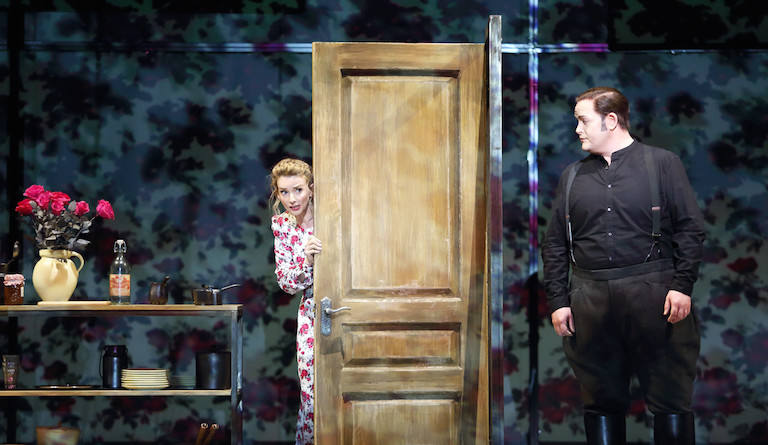 Nicky Spence is outstanding as the guide to the Underworld. Photo: Catherine Ashmore

Tenor Nicky Spence emerges as the star of the evening as Heurtebise, the guide who at first glance seems peripheral becoming the key to everything. With a waxy veneer, this apparently embalmed character steers the action, Spence’s firm and colourful tenor voice effortlessly soaring between two worlds. See this performance, and then catch Spence at the ROH, also in Alice, and again next summer in Opera Holland Park’s Eugene Onegin (2-26 June).

We don’t have to look far at the moment to find our own living hell of repetition, deception and smoke-and-mirrors tricks. This edge-of-your-seat, triumphant and ultimately uplifting production is the perfect antidote.

Philip Glass’s Orphée at English National Opera is a landmark production that lovers of music and theatre will talk about for years. Be sure to be one of them.

Orphée is sung in English with English surtitles. Further performances are on 18, 20, 25, 27 and 29 Nov. There is a pre-performance talk on 20 Nov. Under-18s go free in the Balcony at some performances