One of the first out of the traps was Christoph Gluck, the Bohemian-Austrian composer who in 18th-century France bridged the intricate Baroque and the ornate Classical periods. His aim was to create in music truer, simpler characters with whose experiences and emotions we can all identify, and his opera underwent many revisions. The Hector Berlioz treatment is the one we hear here.

At first glance, choreographer Wayne McGregor would seem like the perfect fit as director of Gluck's Orpheus and Eurydice. McGregor's hand-picked company and his lucid movement create worlds we recognise and can enter with ease. Bustling about their business on earth, inhabiting the discomforting underworld or gliding with the serenity of blessed spirits, the dancers' ceaseless round is eye-catching. 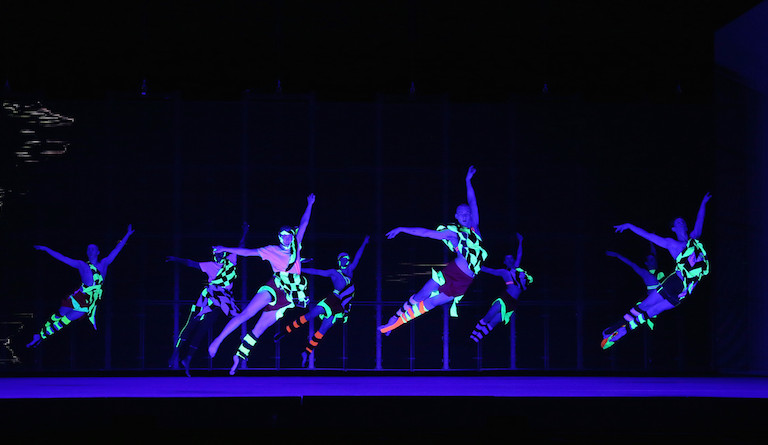 But McGregor takes liberties with the storyline, for no obvious reason. Wearyingly, Eurydice's sudden death from poisoning (beware the walk in the woods) is administered by lethal injection, as if any of us every needed to see another hypodermic syringe on stage again. And the opera's joyful resolution is sliced apart in the closing moments.

Once the dancers leave, McGregor abandons his singers to wander around an empty stage somewhat aimlessly, three characters in search of a director. All credit to mezzo-soprano Alice Coote: she's been under the weather for weeks, and soldiered on, so her Orpheus seemed exceptionally beleaguered.

Soprano Sarah Tynan as Eurydice illuminates the stage when she finally gives voice in Act III, and soprano Soraya Mafi brings a practicality to her ethereal Love, trying to patch it all up. 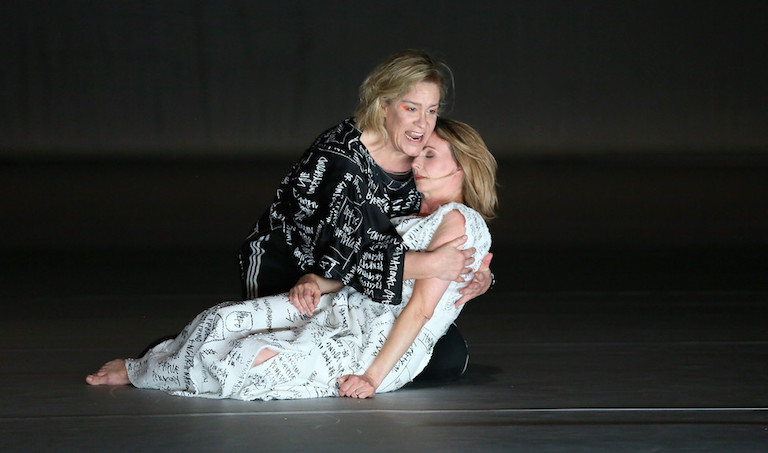 The turning point of this opera is Love's revelation that Orpheus can retrieve Eurydice from the underworld if he leads her up to earth without speaking or looking round. This tense return to earth, however, is a massive disappointment, where there was the potential, and the talent, for a really nailbiting climb. Zigzagging around an empty stage is hardly Touching the Void. As both Orpheus and Eurydice have been assigned a dancing double, this could have been their big moment, but they are nowhere to be seen.

Louise Gray's costume designs colour-code the three worlds: monochrome earth, traffic-incident yellow and red for the underworld, and the vibrancy of jockey silks and celebratory flags for the good spirits. Eye-popping video blitzes by Ben Cullen Williams and Jon Clark's lighting do not distinguish massively between this world and others.

A somewhat low-key launch, therefore, despite a celebrity-packed audience, but with many possibilities ahead. Stand by this weekend for the ENO's Can-Can, when Offenbach's Orpheus in the Underworld kicks off.

Orpheus and Eurydice is sung in English with surtitles in English. Further performances are on 10, 12 (2PM), 17, 24, 31 Oct; 14, 19 Nov. Under-18s go free in the balcony at some performances. The performance on 10 Oct is preceded by a talk.
by Claudia Pritchard