Ingenious in construction and inventive in its staging, the opera recounts the doomed story of Orpheus and Eurydice, a theme running through this year's ENO season, with four very different operas on the same subject.

In great contrast to the jokey Orpheus in the Underworld of Jacques Offenbach which open the ENO season, Birtwistle's serious and through-provoking work employs a split stage and three different versions of the the three main characters – the couple and Aristaeus, who seduces Eurydice. Each is represented not only by a singer, but also by a mime and a puppet. 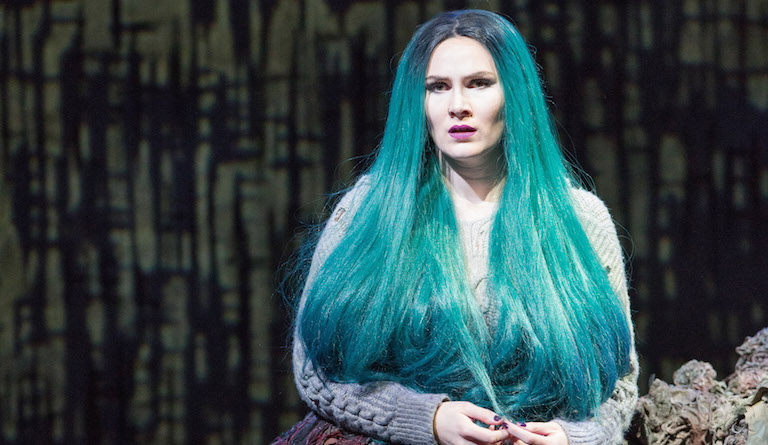 Marta Fontanals-Simmons who took the title role in Monstrous Child at the ROH, above, sings Eurydice at ENO. Photo: Stephen Cummiskey
When the characters are together, they can appear in any of those three versions. In short, the challenge for director Daniel Kramer is considerable. But on his side he has a tried and tested design team in Lizzie Clachan (sets), Daniel Lismore (costumes) and Peter Mumford (lighting), plus choreographer Barnaby Booth.

Leading a large cast, tenor Peter Hoare plays Orpheus the Man, mezzo-soprano Marta Fontanals-Simmons, so impressive in the ROH's The Monstrous Child, is Eurydice the Woman and Susan Bickley is Eurydice the Myth, with James Cleverton as Aristaeus the Man. Listen out too for soprano Claron McFadden as The Oracle of the Dead/Hecate and Robert Hayward as The Caller.
The marriage of Orpheus and Eurydice is rocked by her seduction, and the opera follows attempts to win her back. As the three main characters' intersecting stories unfolds, they move in and out of time and place. Orpheus must pass through 17 arches to get to the underworld, including the Arch of Crowds, the Arch of Weather, the Arch of Animals and the Arch of Fear. There's a spectacle in store. 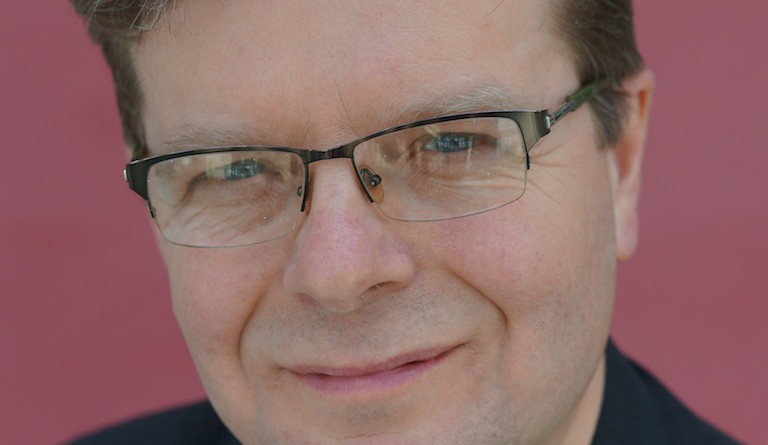 Tenor Peter Hoare sings Orpheus at ENO
With electronic and live music, Martyn Brabbins conducts a much augmented Orchestra of English National Opera.
This revisiting of a 20th-century classic more than 30 years on is sure to be an event, and a useful reminder of the rich seam of British music that has emerged in the lifetime of today's opera-lovers.
The Mask of Orpheus is on 18, 25, 29 Oct; 7, 13 Nov. It is sung in English with English surtitles. Under-18s go free in the Balcony at some performances, but the production is only suitable for 16+. There is a pre-performance talk on 25 Oct