At the heart of Benjamin Britten’s opera Death in Venice is the overwhelming passion of an ageing and blocked writer for a young man more beautiful than anything that he, as a creative artist, can devise.

So obsessed is he with the youth, that when news reaches him of a cholera outbreak in Venice, he does not warn the boy’s family, for fear that they will leave. ‘Each man kills the thing he loves’, Oscar Wilde had written 14 years before the partly autobiographical novella by Thomas Mann on which Britten’s opera is based. 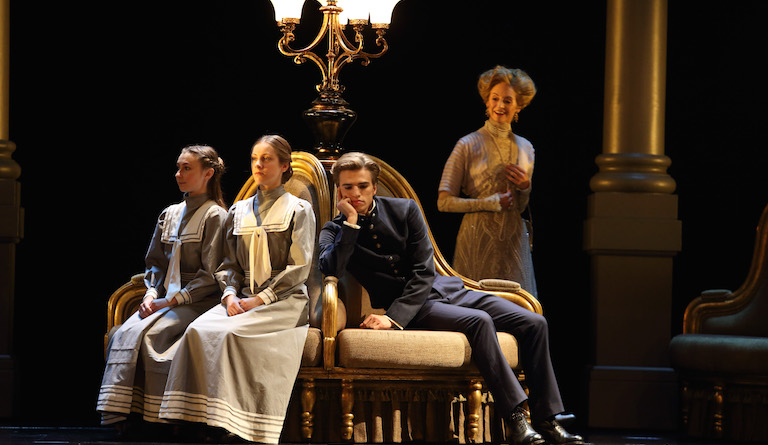 First staged in 1972, the opera receives its first new production at the Royal Opera House for more than 25 years, director David McVicar faithful to the work. Exquisitely staged with designs by Vicki Mortimer, the 17 scenes trace the dying days of the writer, Gustav von Aschenbach.

The opera opens with Aschenbach at his desk in his mountain retreat amid reminders of passing time – an hourglass, guttering candles. Outside, a mysterious traveller, like a living tarot card, suggests a change of scene. The writer heads south to the dazzling light – and alarming fog – of Venice. With its proud columns, graceful Lido, carefree beach and elegant Edwardian hotel life it is a place of pleasure for which a melancholic disposition seems ill-suited. 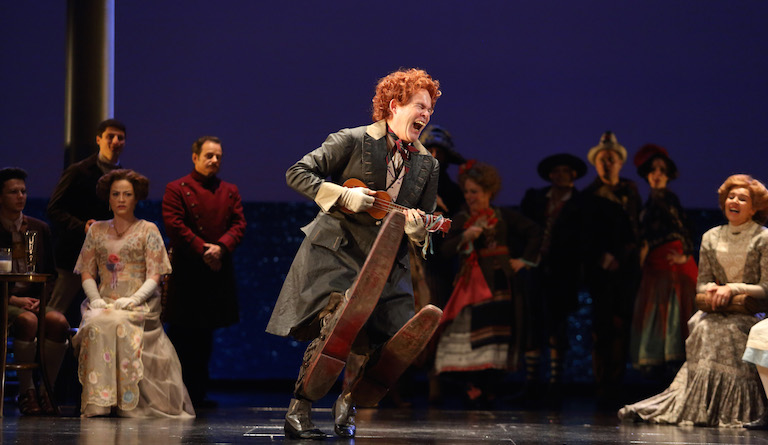 Gerald Finley as the overbearing leader of the players. Photo: Catherine Ashmore

Tadzio’s exceptional loveliness is represented by his dancing, this role taken by the Royal Ballet’s Leo Dixon. Beach games and squabbles alike are danced, with captivating work by Dixon and the holiday playmates.

As the opera unfolds, the Traveller reappears in many guises, and so brilliant is the performance in seven overlapping roles by baritone Gerald Finley, who alters his appearance and voice so skilfully for each character, that I wonder whether it is clear from the back of the house that these are all one and the same outstanding singer.

The sinister gondolier, his coffin-like craft filling the stage, the oleaginous hotel manager checking his combover as he bows subserviently, the overblown old fop, the gossipy barber, the creepy travelling player and more are all rendered by Finley as flame-haired grotesques. This tour de force is one of the marvels of the current Royal Opera House season, and it is a fittingly versatile celebration of Finley’s 30 years at Covent Garden. 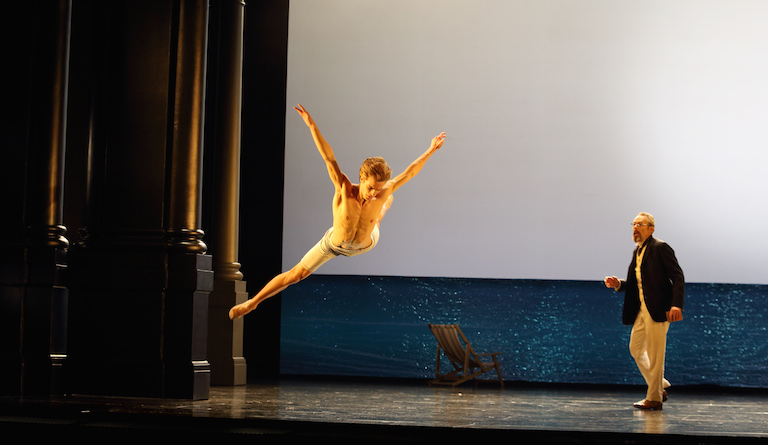 Poor, tormented Aschenbach, as sung by tenor Mark Padmore, is a study in misery, from his lonely room, past the graveyard, to ravishing Venice where the sunshine (breathtakingly beautiful and communicative lighting by Paule Constable) only emphasises the man’s dark desolation.

This role was created by Britten’s life partner, Peter Pears, and at times you can yearn for the distinctive painful hollow at the top of the voice when phrases float upwards to their vulnerable lingering last note. But in exchange, we get Padmore’s richly matured lower register, the voice thick with the emotion which Aschenbach’s rigid physical presence only rarely betrays.

As Apollo, god of all the things that matter here – music, light, poetry – counter-tenor Tim Mead pours particularly fragrant honey into Aschenbach’s ear, and his invocations help lead to the disturbing dream.

As pleasure-seekers in the beach scenes reminiscent of Boudin, mourners moaning at a funeral with Renoir umbrellas – the whole production is like a living art gallery – or simply commenting from the side of the stage, the Royal Opera Chorus and smaller solo parts fill the essentially simple narrative with glimpses into other lives, privileged or pinched. 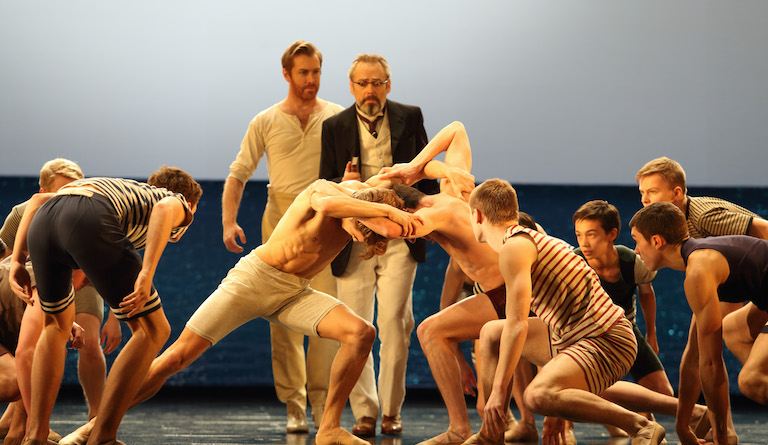 At the rapturously received first night performance, Richard Farnes drew from the Orchestra of the Royal Opera House playing of light and colour that entirely matched the visual splendour. Aschenbach’s internal musings accompanied only by a needling, searching piano, are suitably unsettling.

You may not be able to forgive Aschenbach for putting the unknowing family at risk, but you will seldom find a more concise distillation of the destructive power of love.

Beauty, beauty, beauty. That is Aschenbach’s obsession, however beauty is manifest. If only he could see this lovingly crafted production and hear its matchless music-making. He need look no further.

Death in Venice is sung in English with English surtitles. Further performances are on 26, 30 Nov, 3, 6 Dec. It is a co-production with Wien Volksoper
by Claudia Pritchard