Two contrasting concerts: flop on cushions for the words and music of TS Eliot and Britten or discover a resourceful story-teller in music

At Southwark Cathedral (Wed 20 Nov, 7:30PM), City of London Sinfonia invites the audiences to roam the beautiful building or flop down on cushions to enjoy words and music in TS Eliot and Benjamin Britten.

Alexandra Wood conducts from the violin, and Joshua Ellicott is the tenor soloist, with a celebrity reader yet to be announced. Their programme, entitled In Place of Time: Britten and TS Eliot, weaves much-loved verses with the music of Britain's greatest 20th-century composer, whose special feeling for words is manifest in his many operas.

Britten's Canticle V opens the programme. Written for tenor and orchestra, it was first performed in 1974, and commemorates the writer and James Bond editor William Plomer, a friend of the composer. Eliot's Ash Wednesday follows, and then the haunting Serenade for Tenor, Horn and Strings by Britten. 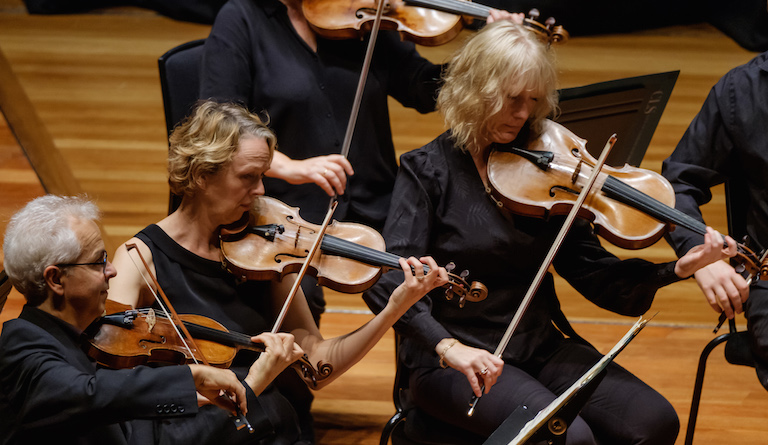 The violinists of City of London Sinfonia

Next comes the mystical Little Gidding from Eliot's Four Quartets – 'What we call the beginning is often the end/ And to make and end is to make a beginning./ The end is where we start from....'.

The evening is a collaboration between the City of London Sinfonia and the publishers Faber & Faber, marking the publisher's 90th birthday. Eliot was one of Faber's authors, and in 1965 Britten was the first composer to be published by then new Faber Music.

The celebrations end with Britten's early work, Variations on a Theme of Frank Bridge. The theme and 10 variations take a melody by the composer Frank Bridge, Britten's teacher, and is full of a young man's delight in music, with its reference of other composers and lively dances. 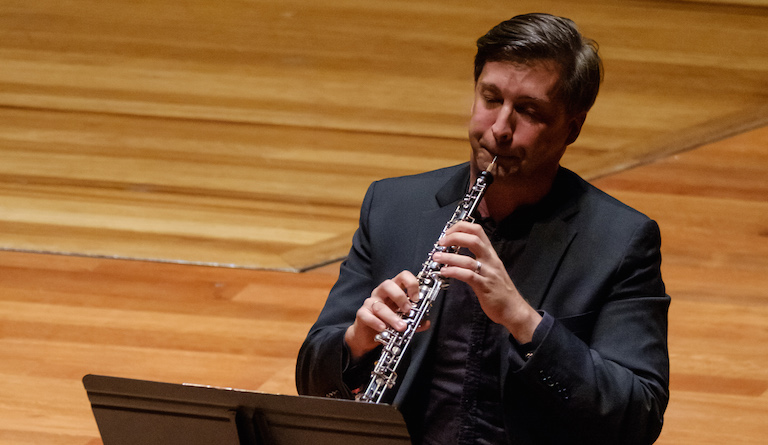 City of London Sinfonia goes upriver to Southbank Centre and the newly refurbished Queen Elizabeth Hall (Sun 1 Dec, 3PM) for a matinee concert that will appeal to all the family, Scheherazade: A Retelling for Our Times.

Scheherazade by the Russian composer Rimsky-Korsakov is an exuberant account in music of the One Thousand and One Nights story. The clever young woman of the title saves herself by enthralling her suspicious husband with a new tale every night.

City of London Sinfonia play Rimsky-Korsakov's highly coloured score interspersed with new stories for the modern age. Ben Gernon conducts, and the distinguished authors and narrators are Ruth Padel, DBC Pierre, Daljit Nagra and Hanan al-Shaykh, each spinning a new tale. Their inspiration is the Arabian background of the original stories, as told by Scheherazade, a bride who is spared by a vengeful husband because he always wants to hear how her next story ends.

The concert lasts two hours, including an interval.