Messiah makes an impact however it is sung. But what's so special about an oratorio written in a rush and using recycled material? Claudia Pritchard explains 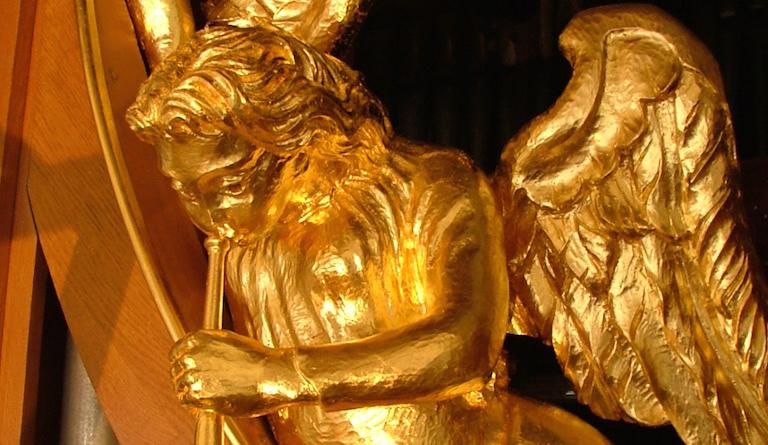 Temple Church is famed for its atmospheric performances of Messiah. Photo: Chris Christodoulou
The big numbers are familiar enough: 'For Unto Us a Child is Born', 'I Know That My Redeemer Liveth', the 'Hallelujah!' chorus. But it takes more than a few hits to make a masterwork that endures for centuries, survives countless reinterpretations and sends music-lovers dashing for the box office time after time.

Handel's Messiah is in a class of its own, an oratorio that is operatic in its scale and ambition, packed with wonderful arias, ensemble and choruses, and, driven along to its transcendent climax by an orchestral score that is both rhythmically compelling and enriched by brilliant instrumentation, above all, perhaps, the triumphant brass and timpani.

But Messiah was not always – and is not now – the preserve of Christmas. While it opens with the story of the Nativity of Christ, its full, three-part performance includes Christ's betrayal and crucifixion, and finally, the victory over mortality: "O Death, Where is They Sting?" Accordingly, it was first performed, in Dublin, just after Easter, in April 174, and given its first London performance a year later – 275 years ago – during Lent.

With its complete Christian story, from birth to ascension, it is, therefore, always in season. And its popularity at Christmas is enhanced by the many very beautiful performances by masterly smaller choirs who are specialists in the 18th-century repertoire, and by those bigger forces who sing before the huge audiences that Messiah always attracts. It was not always so, however.

While the first, Dublin, performance was a musical success, and also a philanthropic one – it raised money for two hospitals and arranged for the release from prison of 142 debtors, by paying their bills – the London premiere at the old Covent Garden theatre was a flop. It was considered inappropriate for such sacred material to be sung in a theatre, and by soloists who included actresses from the secular world. The piece was revised, numbers were added, and it was recast and revived in 1749 to much greater success. But not before its initial failure had done some temporary damage to the German-born, London-based composer's normally busy schedule.

In 1750, the first of many annual charity performances at the Foundling Hospital, further helped the work's rehabilitation, and today it is impossible to imagine that it ever left audiences unmoved. Handel himself heard it for the last time only days before his death in 1759.

Originally intended for only a dozen or two singers and a small band of players, the fashion for excess in the 19th century encouraged choirs and orchestras that ran into hundreds, and at a Great Handel Festival at the Crystal Palace in 1857 the chorus was made up of 2,000 singers with an orchestra of 500.

In the 20th century, the trend for musical readings that were truer to composers' original intentions, helped by the availability of authentic instruments of ever-improving quality, paved the way for performances of Messiah on a smaller scale again.

Today's audiences have the best of both worlds: there are overwhelming and spectacular performances by massed choirs in London's biggest venues, and intimate, intense performances in churches and small concert halls.

You don't have to stand for the 'Hallelujah!' chorus: the story that King George II did so at the London premiere is almost certainly a myth. He probably wasn't even there. On the other hand ... Messiah is quite long, and sometimes by the 44th number you are ready to stretch your legs, royal or not ...

St Martin in the Fields