Heavy-weight production by Keith Warner of Verdi's tragedy based on Shakespeare, with Gregory Kunde in the title role and Ermonela Jaho as Desdemona

For this revival, with a new cast, it is the soprano Ermonela Jaho who is the main attraction in the role of Desdemona, the virtuous and loyal wife. Like the tiny fluttering heart of a rangy beast floored, Jaho with her fine and silken top notes is the vulnerable, vital part of this heavyweight production. But she is not the girlish innocent of some Desdemonas, giddily dazzled by her heroic husband's exploits, but a more mature match.

Otello is Verdi's penultimate opera. It had a triumphant premiere in 1887 at La Scala, Milan, and Verdi and his librettist Arrigo Boito went on to collaborate on the composer's final operatic masterpiece, Falstaff.

After the thrilling opening scene at sea, Otello returns from the wars to a grateful Venice and to adoring Desdemona, whom he has secretly married. But their union is soon blighted by Otello's right-hand man, Iago, who confects suspicions and arouses Otello's jealousy. When Iago convinces him by suggestion that Desdemona is unfaithful with Cassio, Otello loses the self-control that has carried him through many dangers before, while the dignity of Jaho's response make the accusation even more foolish. 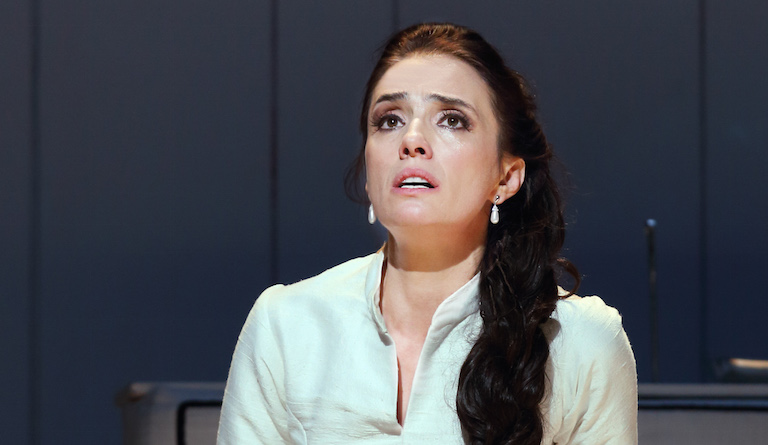 Otello is sung by the noted Verdian tenor Gregory Kunde, a massive presence whose 'difference' is marked not by his being black, as in Shakespeare's original play, but by temperament and age. A sinister mask, which makes the odd appearance, adds nothing, but I was not massively convinced by Kunde whose dramatic range is arguably not as expansive as his voice.

As vicious Iago, the Spanish baritone Carlos Alvarez is a more avuncular than weasly figure, a topical reminder that a jovial public face can be deceptive. His nihilistic 'Credo' – a manifesto of negativity – is not so much satanic as plausibly matter-of-fact.

Warner reflects Shakespeare's universality – the world is not singular, but shot through with and enriched by different cultures, and that jealousy rears up at any time, anywhere. The look is Elizabethan, Jacobean and of indeterminate times; costumes by Kaspar Glarner are a walk through fashion history.

Boris Kudlička's design of pierced panels calls to mind Moorish tracery, stained glass leading and the conspiratorial niches of ancient castles, with a touch of Premier Inn in the bedroom. But the fidgety shifting of scenery is to no great effect. More powerful by half simple devices such as Iago's faceless shadowing of Otello as his poison gets to work. 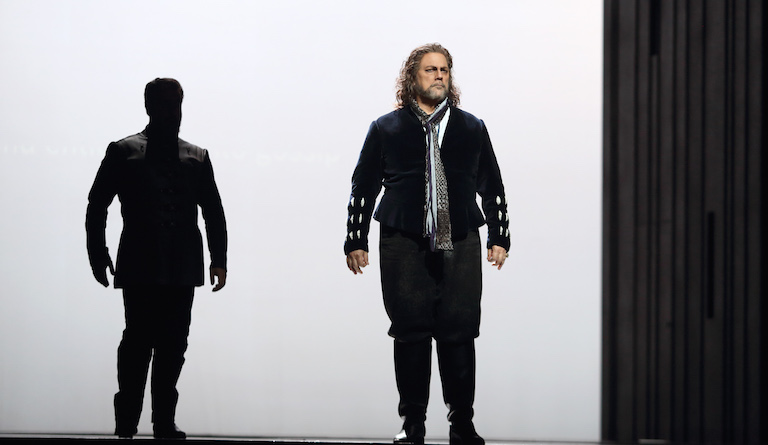 Royal Opera House music director Sir Antonio Pappano conducts this great Italian score with his customary insight and passion, the sombre bass lines in the Orchestra of the Royal Opera House deliciously doom-laden. The Royal Opera Chorus, after a slightly subdued opening scene, came into its own magnificently in the Act Three finale.

In contrast to this grand opera spectacular, Desdemona's last faltering song, pierced with foreboding, is sung by Jaho with the sincerity and refinement that define her. It is singing of this captivating quality that redeem a sometimes irritating production. Adding Desdemona to her Violetta in La Traviata and title role of Puccini's Madama Butterfly, with her gift for portraying a woman crushed Ermonela Jaho once again breaks the hearts of the Royal Opera House audience.

Otello is sung in Italian with English surtitles. Further performances are on 16, 19 Dec at 7:30PM, and on 22 Dec at 3PM.
by Claudia Pritchard