She made her Royal Opera House debut in 2008 as the innocent, lovesick Tatyana in Tchaikovsky's Eugene Onegin, with baritone Gerald Finley in the title role. Leading roles at Covent Garden followed thick and fast, as the slave girl Liù in Puccini's Turandot, as brave Amelia in Verdi's Simon Boccanegra, and as the frail Mimì in Puccini's La Bohème.

Next summer, she will return to the Royal Opera House to sing the part of Elizabeth de Valois in Verdi’s Don Carlo. She also sings Liù again, in a return appearance at the Metropolitan Opera, New York. 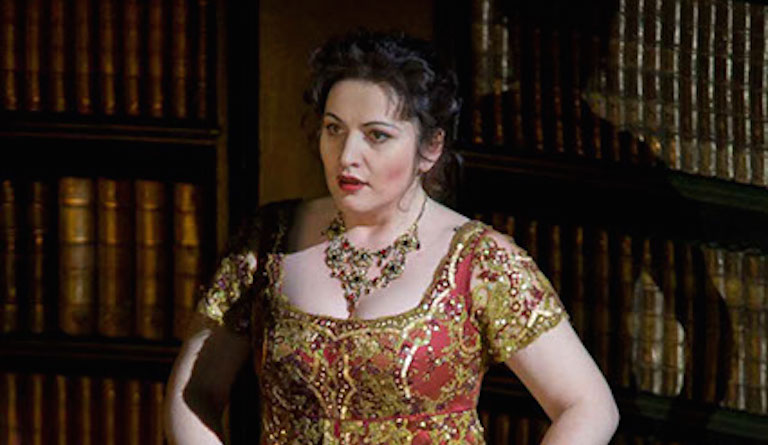 Hibla Gerzmava was a memorable Tatyana in Tchaikovsky's Eugene Onegin at the Royal Opera House in 2008. Photo: Clive Barda

Gerzmava was among soloists in the gigantic Glagolithic Mass by Janáček at the opening night of the BBC Proms in 2011, at the Royal Albert Hall. With her regular pianist Ekaterina Ganelina, she gave a solo recital for Opera Holland Park in 2015.

The final programme for her gala concert at the Cadogan Hall is yet to be announced, but some of the powerful arias from Gerzmava's impressive repertoire are sure to be sung.