The person summing up this 1990 composition in an interview with Bachtrack should know: his name is Gerald Barry, and he wrote the opera. It was his first such work, produced on a small scale, but winning great acclaim.

Now The Intelligence Park is getting the full Royal Opera House treatment in a week of performances in the Linbury Theatre, a treat in its own right, but also a curtain-raiser to another great event in the new year – the first full staging (3-9 Feb) of Barry's 2016 opera Alice's Adventures Under Ground.

The Intelligence Park is the Noises Off of opera: a farcical look behind the scenes of a company on the brink of disaster. But the time is the 18th century, and the characters are the members of an opera company. Barry broke into opera by writing about opera, and he candidly tells Culture Whisper why.

'I saw that the most money you got for anything was for an opera – so I wrote an opera,' he says simply. 'The opera came about because I had no money.' 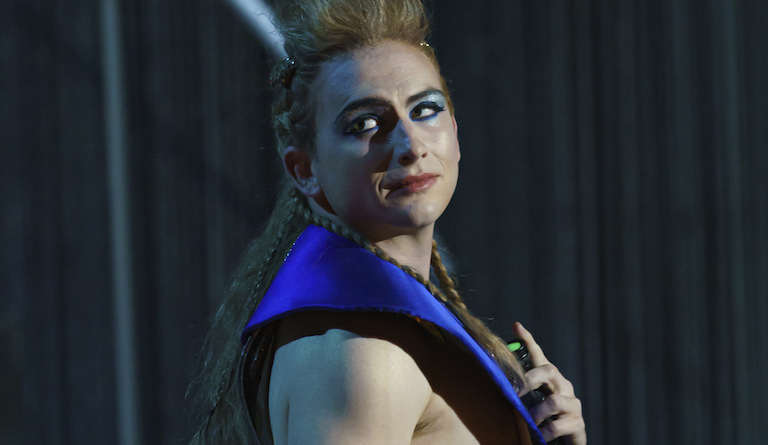 Many composers struggle in the early years. Barry, born and raised in Ireland, where he still lives, only came across music on the radio at home. Tuning in to a Handel opera was a turning point. Now 67, he studied music in Ireland, Amsterdam and Cologne, notably with the avant-garde composers Karlheinz Stockhausen and Mauricio Kagel.

'I’ve always loved Handel,' Barry says. 'When I was studying with Stockhausen and Kagel in Cologne in the 70s I listened to more Handel and Purcell than anything else. Handel’s dramatic sense gripped me.' In The Intelligence Park a noted castrato puts the cat among the pigeons by having an affair with the fictitious 18th-century composer's wife.
.
'The castrato character in The Intelligence Park is based on a castrato called Tenducci who worked with Handel in Dublin in 1753. Tenducci ran off with the daughter of a judge from Limerick, they were caught, though too late to stop their marriage. Tenducci was imprisoned and Mrs Tenducci wrote a book called The Trials of Mr. Tenducci. All that figures in The Intelligence Park.'

The Royal Opera House production features the very talented American counter-tenor Patrick Terry, and the cast includes the bass Stephen Richardson as Sir Joshua Cramer. 'Stephen was in the premiere staging of The Intelligence Park at the London Almeida Theatre in 1990,' explains Barry. 'He has a wild presence – a stage animal. He was also in my other operas The Triumph of Beauty and Deceit, The Importance of Being Earnest and Alice’s Adventures Under Ground.

'I also wrote Beethoven for him (a setting of the only surviving love letter Beethoven wrote to a woman), and The Conquest of Ireland for bass voice and orchestra. So we go back a long way.' It was Richardson who surprised audiences when The Importance of Being Earnest was premiered with great success in 2013 by making the formidable Lady Bracknell a booming basso profundo.

Richardson will be back in the new year when Alice's Adventures Under Ground gets its Covent Garden premiere, playing the White Knight, the Cheshire Cat and the Mock Turtle. Other singers include the tenor Nicky Spence, in three roles. 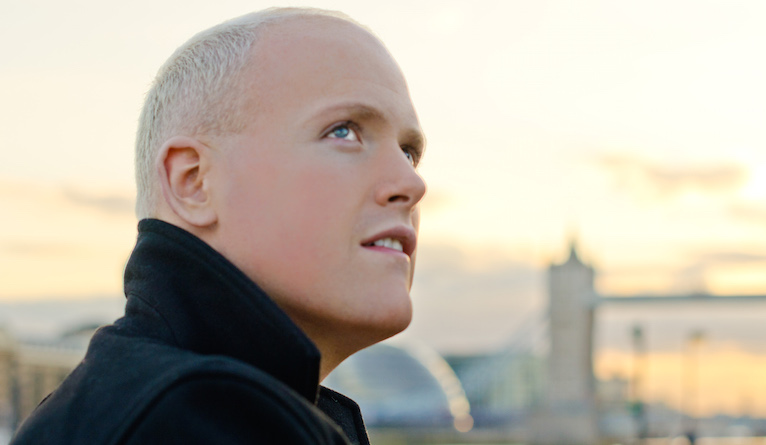 This short opera, eminently suitable for all the family, was described as 'the craziest opera yet', when it was given its Los Angeles premiere. With only seven singers (with many performances in quick succession there are two casts) – Jennifer France and Claudia Boyle as Alice, and the other teams of six creating 51 other characters – it is a fast, furious and appropriately topsy-turvy gallop through Alice's adventures.

'I embraced the world of Alice completely,' says Barry, who has indulged a personal passion with this operatic version of Lewis Carroll's classic. 'I am Alice. When I deal with a character I become that character. I am every character in Alice. I follow my instincts. I think only of myself and think of pleasing myself only and if I please myself enough the hope is that others will be pleased too.

'Things happen at different speeds, some at high speed, some at slow speed. I chose to include events which I knew would strike home on stage and omit those which were too literary and had less purchase electricity-wise.' As he runs through the sequence of events, it doesn't sound as though much will be missing in the helter-skelter hour of music:

'You’ll get Alice falling down down down under ground at the beginning, the White Rabbit, singing bottles and cakes, the Duchess throwing the baby around, baby choruses, the Cheshire Cat, the Mad Hatter’s Tea Party, the Dormouse, the Knave of Hearts and his stealing the tarts, a cookery section on the making of tarts, the Red Queen’s Piano and Croquet Masterclasses delivered in German, French and English (my own invention!), the March Hare and the song Beautiful Soup, a performance of the poem Jabberwocky in Russian, the chess board landscape, Alice running at high speed with the Red Queen, the train trip, The Wood of No Names, Tweedledum and Tweedledee, Humpty Dumpty of course, the White Queen flying, the fight between the Red and White Knights, discussions of addition, subtraction, division, lightning, thunder and the killing of the Red Queen.' 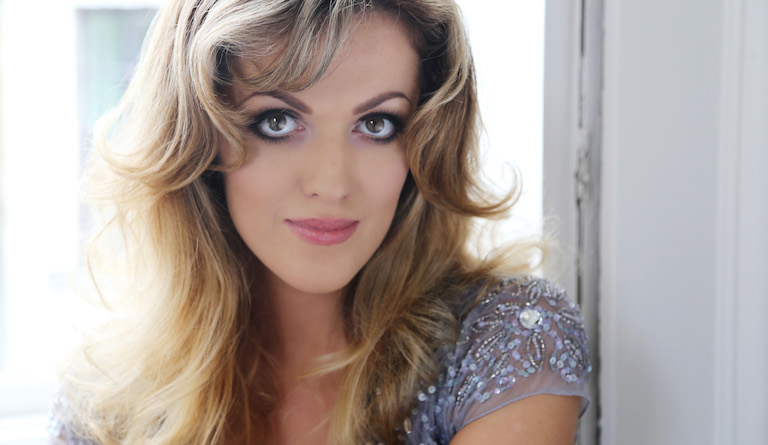 Yes, well, I think that will keep us and the singers, busy enough; director Antony McDonald too. And most of the audience will recognise these crazy figures, but Barry himself was a late arrival to life down the rabbit hole.

'I grew up in the village of Clarecastle in County Clare in the west of Ireland, and in our house things called Children’s Books didn’t exist. I never heard of such things until I was in my twenties. I lived in my head and in the fields because that’s all there was. Whatever thrilling stories and fantastic adventures there were I made up myself. Alice is an extraordinarily rich book spilling over with delights, delicious perversities and surreally funny."

Are we living in a similarly mad world now,? 'The world is dark at present. Right-wing governments thrive, lies abound, everyone is monitored. Throughout history our species repeats itself over and over. But short of someone being plucked from their bed and thrown into a camp everyone’s fate is their own, everyone is responsible for themselves.'

Barry writes hugely entertaining work, but is not afraid of confronting the big issues. When he set the National Anthem for the 50th anniversary of the Royal Festival Hall in 2001 he did not, as is customary, shy away from the more aggressive lines – 'scattering her enemies', ' confound their politics...', but got stuck in with gory orchestral colours.

'Everything I do is a matter of life and death, I’m afraid. My sense of humour tells me what to do and I obey.'

The Intelligence Park is a co-production between The Royal Opera and Music Theatre Wales in association with the London Sinfonietta. Performances in the Linbury Theatre are on 25, 27, 28 Sept; 1, 2, 4 Oct. Booking is open now. Alice's Adventures Under Ground is on the main stage of the Royal Opera House. Performances are twice daily on 4, 6, 8 and 9 Feb. Booking opens 9AM, 24 Oct
Share: