Agrippina at the Royal Opera House features a parade of gowns worthy of any world-leading fashion week. It may sound trivial to start with the costumes for Barrie Kosky's production, but these expressions of personality are deeply woven into the production's thinking, and other characters overlook these power dresses at their peril. Besides, who doesn't need a bit of unashamed beauty in these ugly times? 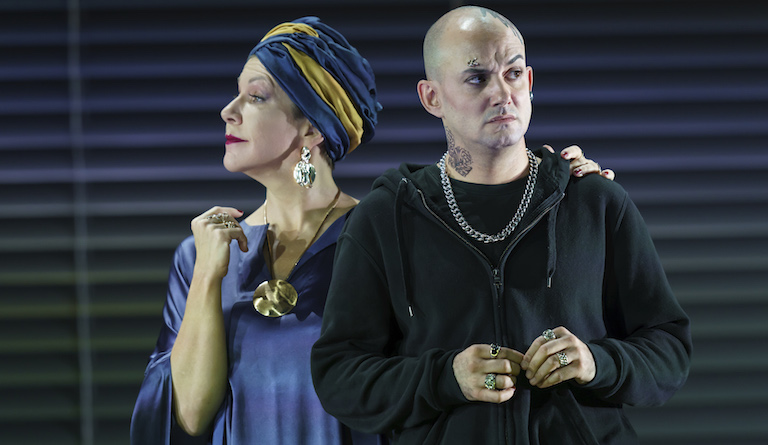 No strangers to Covent Garden, however, the lucky wearers of these ravishing creations. In the title role, mezzo-soprano Joyce DiDonato (in black, black and white, black and gold, black tuxedo, leaning towards Givenchy) defies the dictionary. There aren't enough words to describe this consummate performance. In the title role as a power-mad seductress, she darts cheetah-like through Handel's high-energy score, every note a bobby-dazzler, every phrase a poem.

Making light of technical demands is the hallmark of this production, in which Kosky uses every means possible to flesh out Handel's characters. He is helped by an unusually successful libretto. Handel wrote Agrippina towards the end of a prolonged stay in Italy. The opera had its premiere in Venice in 1709, and was his first notable operatic success.

And so a somewhat unbelievable story, of considerable complexity, is honed into a magnificent piece of musical drama. Agrippina believes her emperor husband Claudio to have drowned, and loses no time in installing her whinging mummy's boy Nerone as his successor. Nerone is sung by Argentinian Franco Fagioli, with more tattoos and metalwork than hair, and a discomforting resemblance to Dominic Cummings. The exceptional altitude of Fagioli's counter-tenor voice is famed, and his tendency to sound like an indignant duchess suits his prickly Nerone. 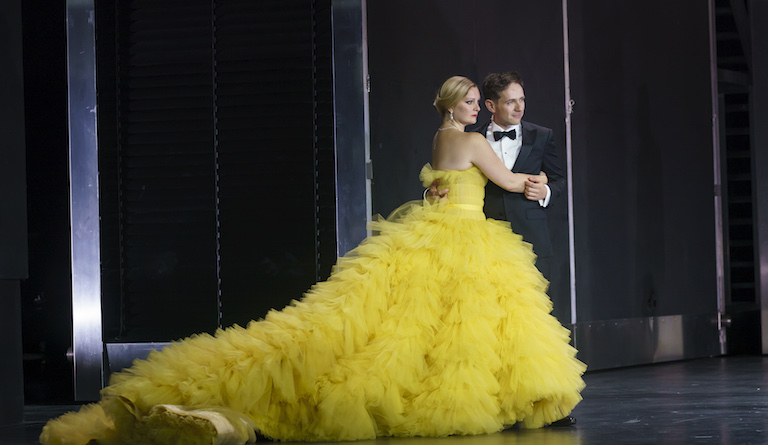 Claudio has, in fact, been saved from the waves by noble Ottone, and promised the same crown in recompense. Pained and conflicted, Iestyn Davies's elegant Ottone cares more for Poppea than for power. Lucy Crowe (in bigger frocks with every scene, culminating in a yellow, Dior-ish ski-slope of ruffles) humiliates Claudio, who adores her, a fact well-known to vengeful Agrippina.

Also trying his luck with Poppea is Nerone, aroused from his sulk by the promise of sex. With all three suitors in Poppea's rooms, a classic bedroom farce ensues, with trousers down all round and Poppea firmly in charge. This really is an opera where the two women have the upper hand. No wonder every man falls for Lucy Crowe's Poppea, with her come-hither voice and enthusiastic sensuality.

DiDonato's seductive Agrippina uses every trick in the book, too, enlisting every useful male with her knowing charms. Only towards the end of the long power play does Agrippina visibly tire of playing the sexbomb, until re-energised by a new hatred. 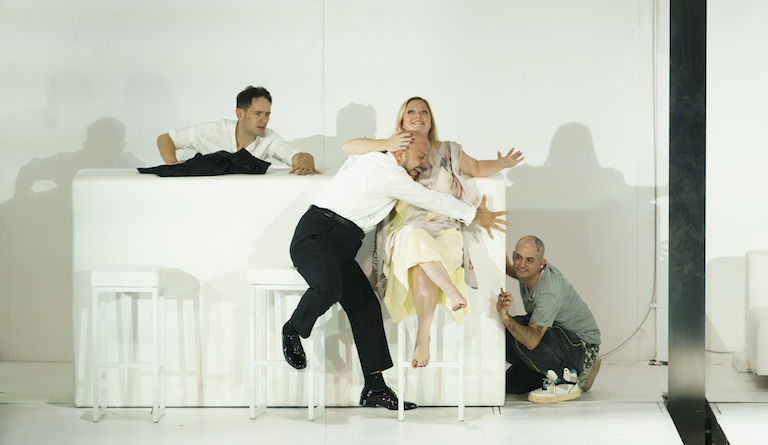 Maxim Emelyanychev conducts from the keyboard an Orchestra of the Age of Enlightenment on scintillating form. Notable here are the frisky harpsichord work of Steven Devine and the heart-breaking oboe-playing of Leo Duarte.

The opera unfolds in designer Rebecca Ringst's shape-shifting units of a pre-fab block. Venetian blinds raise and lower and panels part to reveal and conceal rooms, corridors and vertiginous stairs, a labyrinthine metaphor for the devious shenanigans in play.

Kosky made his ROH debut in the 2016/17 season directing Shostakovich's The Nose and returned in the 2017/18 season with Carmen, already much revived. With virtuoso performances all round, this exploration of the destructive nature ambition takes on a new topicality. You don't have to look far to find other ruthless blonds at the top. But you'll have more fun with Agrippina.

Counter-tenor Iestyn Davies sings the role of Ottone in Agrippina