Poulenc's heart-breaking opera is staged for the first time ever at Glyndebourne, with Danielle de Niese as a young aristocratic who makes a courageous choice

All eyes and ears will be on Australian director Barrie Kosky's return to the East Sussex country house opera season. Last time he won praise for his radical and highly theatrical reading of Handel's Saul. This time his opera comes with its own potently dramatic content, as it tells a story of devotion and courage.

Heading the cast will be soprano Danielle de Niese, much loved by audiences at Glyndebourne, where she also make her home. She plays a novice nun, Blanche, whose faith is tested as the French Revolution reaches its bloody height. Turning her back on a material life and dedicating herself to peace and a simple life of service Blanche finds that she is, nonetheless, confronted with a terrible decision. 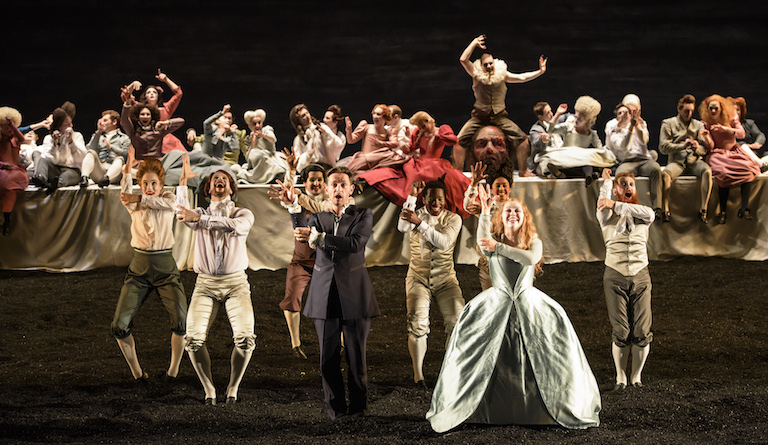 Barrie Kosky's Saul in 2015 was a massive hit for Glyndebourne, where he returns to direct Dialogues des Carmelites. Photo: Bill Cooper

Poulenc drew on a tradition of religious music for some of his score, but also introduces radical ideas that put it firmly among modern masterpieces. First performed at La Scala, Milan, in 1957, it was then sung in Italian, because the composer wanted his audience to understand every word. The French version that audiences know today was premiered in Paris later that year. Its US premiere in the autumn is famous for marking the operatic stage debut of the great soprano Leontyne Price.

Carmelites promises to be a highlight of the three-month, six-production Glyndebourne, opera season.

Dialogues des Carmélites is sung in French with English surtitles. There are 15 performances, each with a 90-minute dinner interval. Public booking opens at 6PM on Sunday 8 March. Trains from Victoria are met by a free transfer bus, which also returns audiences to the station for the train home.
by Claudia Pritchard