4 CW readers are interested
Run, Sky Comedy review 4 Run, Sky Comedy review Euan Franklin
Who hasn’t been tempted to leave their lives behind? To forsake all the responsibilities paved by good and poor decisions, to forget the pressures, to ease the suffering? The idea is 15 years in the making for the former uni couple Ruby (Merritt Wever) and Billy (Domhnall Gleeson) in Vicky Jones’ debut series Run.

The couple made an arrangement at 19 years old: if, in the future, they become dissatisfied, one will text ‘RUN’ to the other. If the other responds, they’ll escape their lives – wherever they may be – and board a train from New York’s Grand Central Station. 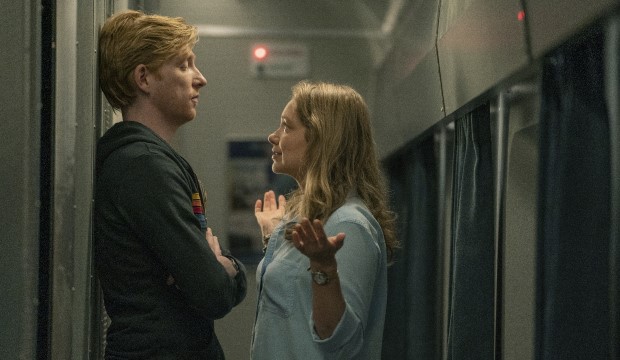 At first, there’s a comfortable certainty about how this series will play out. Run is exec-produced by Phoebe Waller-Bridge, with whom Jones has frequently collaborated: writing an episode of Killing Eve and consulting on Fleabag. The first few episodes of Run lean toward the latter.

Jones drips in details of Ruby and Billy, their normal lives kept mostly clouded because of an agreed-upon 'moratorium on personal questions'. But both ignite an instant chemistry with dialogue so funny, sexy, and fragile that it’s as if no years have passed between them.

A lot of the action takes place on trains, rattling the pair together in a small, shaky space which seems only to encourage their volcanic sexual impulses. They shouldn’t work as a relationship: he’s an aggressive, toxic, and insulting male who compulsively lies; she’s an anxious, feministic competitor who always calls out Billy on his nonsense.

Their differences attract each other more than their similarities, allowing them to talk more flexibly than in their normal lives without watching for etiquette or potential offence. Their inhibitions gradually fade, making for absorbing viewing as these disenchanted lovers enjoy themselves – free from their lives, free from the world. 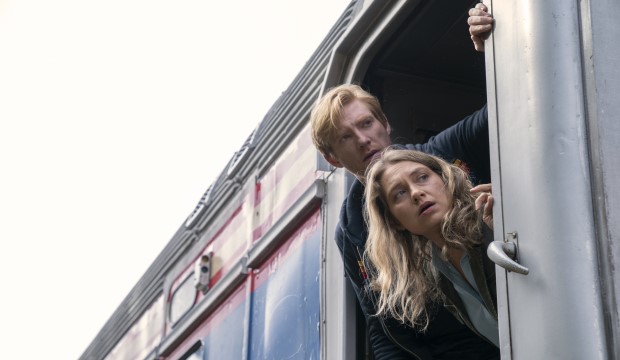 The tone of Run changes midway through

But midway through – often the time when a show decides if it wants to be interesting – the tone shifts with the velocity and bafflement of an emergency stop. Jones diverts to the territory of a psychological, Hitchcockian thriller, while implementing a bleakly amusing style similar to Killing Eve. Critics were only given access to five of eight episodes, so, hopefully, that’s only a whiff of its dark potential.

Wever and Gleeson bounce beautifully off each other, to the point where it’s hard to judge who delivers the better performance. They flow together as one, despite their characters’ constant oppositions. Ruby and Billy are far from ideal human beings: they’re often terrible people. They’re self-centred and rash and indecisive – Billy in particular, strangled by his toxic masculinity, should be the least sympathetic.

But these flaws make them more human, sharper, which spreads to the minor characters, giving them unexpected depth. And the temptation to fly and not fight, to run rather than settle, strengthens with each episode. Vicky Jones’ first TV series as show-runner is a thrilling, hilarious, seductive delight.

Run airs on Wednesday 15 April at 9pm on Sky Comedy 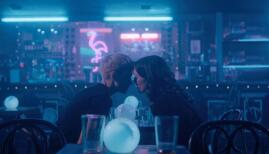