The BBC broadcasts a mouthwatering selection of dance programmes throughout 2020, the perfect entertainment for those long evenings at home

4 CW readers are interested
BBC Dance Season 2020 LATEST BBC Dance Season 2020 LATEST Teresa Guerreiro
BBC Arts, in collaboration with Sadler’s Wells and The Royal Ballet, has assembled a collection of varied and original dance programmes for all tastes, covering ballet, dance theatre, hip-hop, Spanish flamenco and Irish dance, and including a series of small films made by first-time and emerging film-makers.

Here are the highlights divided by channel – dates and times are gradually becoming available. 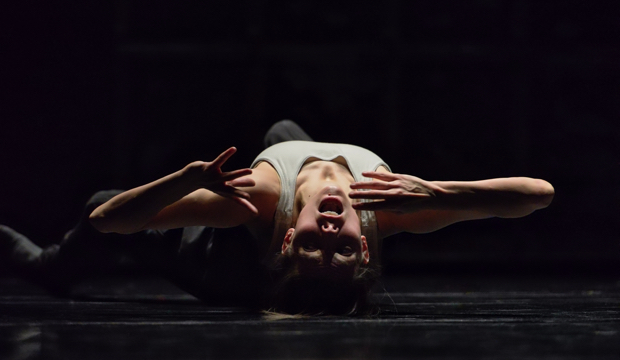 Devil in the Feet: Irish dance went from being a peasant pursuit to a veritable global phenomenon, and this 90-minute documentary tells you how. It features stars of today, Jean Butler and Michael Flatley, and stars of the past, such as Gene Kelly, blending archive film with stunning contemporary performances.

Men in Dance: a one-hour close-up look at some of the most exciting young male dancers in The Royal Ballet. 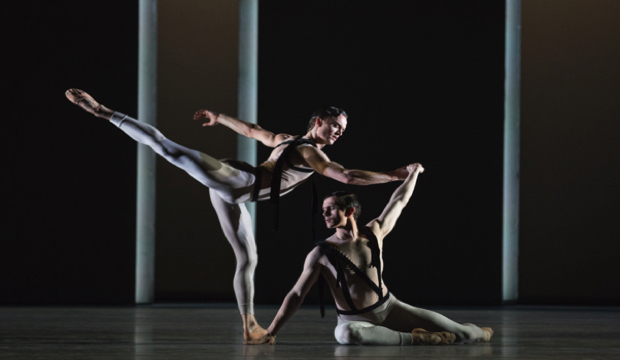 The Royal Ballet, Corybantic Games, dancers Matthew Ball & William Bracewell ©ROH 2018. Photo: Andrej Uspenski
Directed by the award-winning film maker Richard Macer, Men In Dance looks at dancers at different stages of their careers: Royal Ballet School graduates when they hear they’ve earned their first contracts with the company, a young principal judged by many to be the finest dancer of his generation. See Culture Whisper's four-star review here
Broadcast Date: Wednesday, 27 May at 9 pm

1 – Firedance – Latin Fever following two of Strictly Come Dancing’s most popular professional ballroom dancers, Gorka Marquez and Karen Hauer, as they put together the spectacular Latin showcase that gives the documentary its name.
Broadcast Date: Monday, 25 May at 7.30 pm

2 – Sharon Eyal – A Basic Instinct – the Israeli choreographer and her close collaborator Gai Behar, whose very physical work is inspired by the clubbing scene, rehearse and premiere a new piece
Broadcast date: Tuesday, 26 May at 7.30 pm

3 – Ballet Black: The Waiting Game - a documentary that features an interview with the company’s artistic director Cassa Pancho, and follows the young South African dancer and choreographer Mthuthuzeli November, as he creates a new ballet, The Waiting Game.
Broadcast Date: Wednesday, 27 May at 7.30 pm
(Note: This is separate from Ballet Black's own online offer, Ballet Black on Film)

4 – María Pagés – An Ode to Flamenco exploring the work of the Spanish bailadora, who’s embarked on a fascinating search for new ways to bring traditional flamenco dancing into the 21st century
Broadcast date: Thursday, 28 May at 7.30 pm

BBC Introducing Arts: Dance on Film: a one-hour collection of dance films by new and emerging film-makers, who use dance to focus on issues such as mental health.
Broadcast date: Wednesday, 27 May at 11.30 pm

Royal Opera House: The Reopening: to mark the first performances since lockdown on the Royal Opera House stage (albeit with no audience), the BBC shows a compilation of highlights from the three Live from Covent Garden concerts. The 90-minute programme will include the world premiere of Wayne McGregor’s Morgen performed by Francesca Hayward and Cesar Corrales, Vadim Muntagirov’s stunning performance of Frederick Ashton’s Dance of the Blessed Spirits, the central pas de deux from Kenneth MacMillan’s Concerto performed by Fumi Kaneko and Reece Clarke, and a pas de deux from Christopher Wheeldon’s Within the Golden Hour performed by Mayara Magri and Matthew Ball.
Also featured are performances of classic opera arias and songs by Gerald Finley, Louise Alder, Toby Spence, David Butt Philip, Sarah Connolly and the Royal Opera House’s Jette Parker Young Artists, alongside musicians from the Orchestra of the Royal Opera House.
Broadcast date: Friday, 10 July at 7 pm

Strasbourg 1518: the work of award-winning director Jonathan Glazer (Under the Skin, Sexy Beast) with a score by Mica Levi (Jackie, Cowpuncher My Ass), Strasbourg 1518 was inspired by a powerful involuntary dance mania that took hold just over 500 years ago.

A short (15 minutes) collaboration with a number of international dancers made in isolation during lockdown, Strasbourg 1518 was co-commissioned by Artangel and Sadler’s Wells and produced by Academy Films for BBC Films and BBC Arts. The film is part of BBC Arts Culture In Quarantine.
Broadcast date: Monday, 20 July at 10 pm and available on iPlayer for 30 days after first broadcast

A BBC Two production directed by Icíar Bollaín, this 115-minute film tells an entrancing story, set against panoramic vistas of Havana and introducing the extraordinary youngster Edison Manuel Olivera Núñez in his acting debut as the child Acosta.

'Imagine': Kate Prince, Every Move She Makes: filmed for the BBC’s late-night Imagine stable, this documentary follows the phenomenally successful choreographer Kate Prince, director of the hip-hop troupe ZooNation, as she embarks on her latest project, Message in a Bottle, to music by Sting.

So, despite the lockdown of public venues necessitated by the Covid-19 pandemic, you can still enjoy dance programmes of the highest quality, courtesy of the BBC.