The Royal Opera House’s second Live From Covent Garden event was an emotion-laden performance, bringing together a Mahler masterpiece and a short but dazzling ballet

Sarah Connolly’s voice is undiminished by chemotherapy: it retains its rounded, burnished timbre and depth, but there was something else in her performance: an enthralling depth of emotion, a renewed ability to fathom the depths of Mahler’s intense meditation on life, death and eternity.

Hers was an unforgettable tour de force. 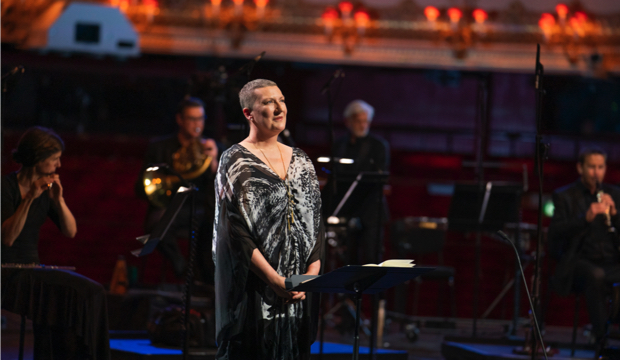 Live from Covent Garden, Dame Sarah Connolly. Photo: © ROH 2020, Tristram Kenton
The Song of the Earth, Das Lied von der Erde in its German original, is one of Mahler’s most profound works: a cycle of six songs for two voices and orchestra, sometimes described as the composer’s greatest symphony.

It sets to music a group of Chinese poems from the T’ang dynasty (618-907), which are meditations on human joys that lead inexorably towards death and beyond. Mahler composed it for a full orchestra, but in our times of social distancing it was performed here in an arrangement for chamber orchestra by Arnold Schoenberg and Rainer Riehn.

The orchestra sat on stage against the background of the ROH’s dimly lit and empty auditorium, always a slightly dispiriting sight; but under maestro Antonio Pappano’s energetic conducting it soon engaged our attentions to the full, producing an eloquent and nuanced account of the score.

Tenor David Butt Philip was in excellent voice, too, offering vibrant interpretations of three very different songs: the opening Drinking Song, which oscillates between elation and sorrow, with its ‘dark is life, dark is death’ refrain; the bucolic paean to carefree life of Youth, and the devil-may-care bragging, born of deep desperation, of The Drunkard in Spring. 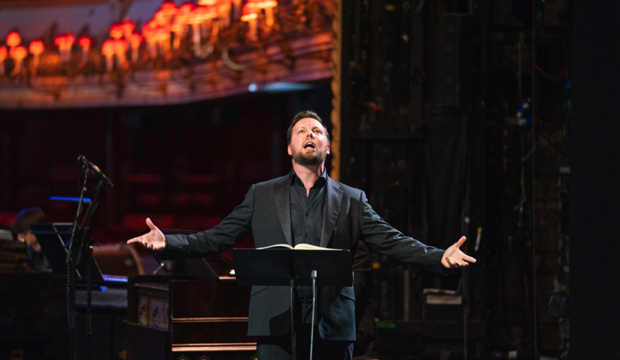 Live from Covent Garden, David Butt Philip. Photo: © ROH 2020, Tristram Kenton
Sarah Connolly’s songs were more meditative, beginning with The Solitary One in Autumn, which blends nature’s drift towards the temporary death of winter with a tired heart’s search for rest and solace; Of Beauty, a lyrical contemplation of the promise contained in an imminent encounter between gentle young maidens and boisterous youths, and finally the drawn-out, transporting Farewell, with its haunting final words ‘ewig… ewig…’ (‘forever… forever…’).

The imbalance between ballet and opera/classical music in these Live from Covent Garden performances was again evident. The evening started with a blink-and-you'll-miss-it three-minute ballet solo; but blinking would definitely have been a mistake…

The work was Ashton’s Dance of the Blessed Spirits, set to music from Gluck’s opera Orpheus and Eurydice. As intricate and delicate as lace, Ashton’s work is a study in dynamics and control, combining fiendish changes of tempo and rhythm, fast sequences giving way to moments of absolute stillness.

Dance of the Blessed Spirits was performed by the Royal Ballet’s peerless principal Vadim Muntagirov, for whom no choreography holds any terrors. In simple white tights that showed off his Apollonian physique, Muntagirov produced a dance of heart-rending perfection led by Catherine Baker’s harmonious flute.

With powerful yet flowing arms, he summoned the spirits; and the fluency of his dancing belied the fact that for almost three months Muntagirov has been in lockdown with limited opportunities for practice beyond the daily Zoom class.

Again, it was eerie to have such a consummate performance met with absolute silence, but such are are the times we’re living in.

As for Anita Rani’s lamentably jejune and amateurish presentation, the less said the better, except perhaps that the ROH has a duty to offer a lot better, or else do without.

Live From Covent Garden TWO is available to rent from Vimeo until 4 July at a cost of £4.99
Access through the ROH website

The Song of the Earth

Dance of the Blessed Spirits