English National Ballet has announced the final two programmes to be streamed in its series of Wednesday Watch Parties.

There followed two powerful works by Kenneth MacMillan: his magisterial treatment of Mahler Das Lied von der Erde (The Song of the Earth) and Manon.

The final two programmes of this enticing series are: 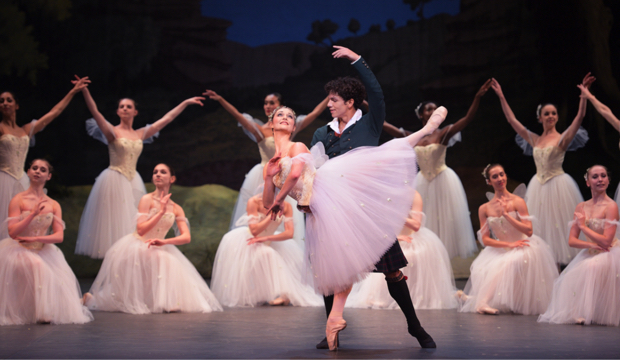 Jurgita Dronina and Isaac Hernández in ENB's La Sylphide © Laurent Liotardo
A pristine example of Denmark's unique Bournonville style, La Sylphide was created in the 1830s and tells the story of a Scottish bridegroom's reckless infatuation with a playful, carefree wood sylph with tragic consequences.

Produced for English National Ballet by one of the foremost curators of Bournonville's work, Frank Andersen, this performance was filmed at the Palace Theatre Manchester in October 2017, marking the first time Andersen's La Sylphide had been performed in the UK.

ENB Lead Principals Jurgita Dronina and Isaac Hernández take the roles of La Sylphide and James, with the corps de ballet in great form, both in the Romantic white scenes and in the Scottish character dances.

Wednesday, 8 July at 7 pm and available for 48 hours afterwards
Cinderella-in-the-round

Christopher Wheeldon choreographed Cinderella based on the Brothers Grimm version of the fairy tale for a proscenium theatre, and it dazzled when brought to the Coliseum by Dutch National Ballet a few years back. Last year Wheeldon adapted his Cinderella to be danced in-the-round as an addition to English National Ballet's seasons at the Royal Albert Hall. This performance was filmed at the RAH in June 2019.

Culture Whisper found this adaptation sometimes got a little lost in the cavernous entrails of the Royal Albert Hall (read our review here); but it may well be that television, with its ability to focus on the core action, will prove a more suitable medium.

Wheeldon's and ENB's Cinderella-in-the-round retains Prokofiev wonderful score, features over 90 dancers and has some truly eye-catching sets and costumes, alongside a little magic... 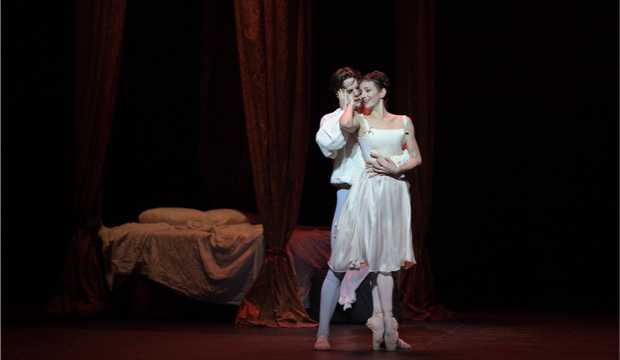 Alina Cojocaru as Manon, Joseph Caley as Des Grieux in ENB's Manon. © Laurent Liotardo
MacMillan at his narrative best, Manon is based on a novel by Abbé Prévost, which excoriates the corruption of mid-18th-century France, and depicts the glaring contrasts between the ostentatious riches and abject poverty existing cheek by jowl in Paris.

Manon is a young country girl, easily seduced by the riches of Paris, for which she leaves her first love, the penniless poet Des Grieux. Her downfall, dragging the faithful Des Grieux down with her, is harrowing.

The ballet has a number of lively ensemble dances and meaty solo roles, all set to Massenet's glorious music. In this performance the tile role is danced by the luminous Alina Cojocaru, with Joseph Caley as Des Grieux. Manon's dissolute brother, Lescaux, is danced by Jeffrey Cirio, and his mistress is the very watchable Katja Khaniukova.

The only let down in this particular production are the jejune sets and some really questionable costumes, but they're not enough to detract from the enjoyment of this stunning work.

Wednesday Watch Parties is one strand of ENB at Home, a programme of performances and activities to follow at home, including dance classes for all abilities. Find full details here.