From Ricky Gervais dealing with his grief in After Life to a decent selection of John Hughes movies, there are some great laughs on Netflix in April 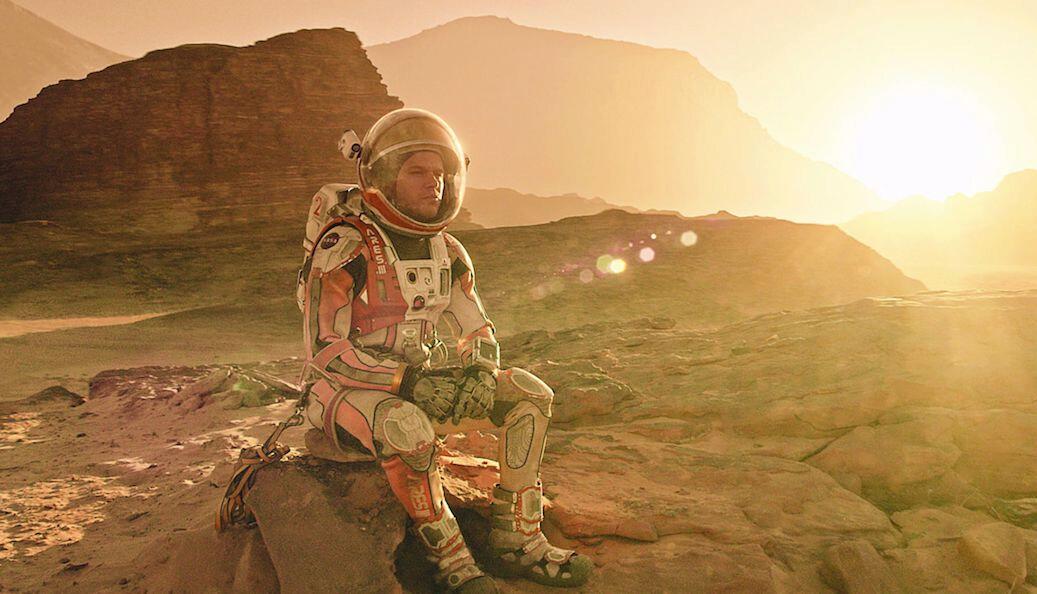 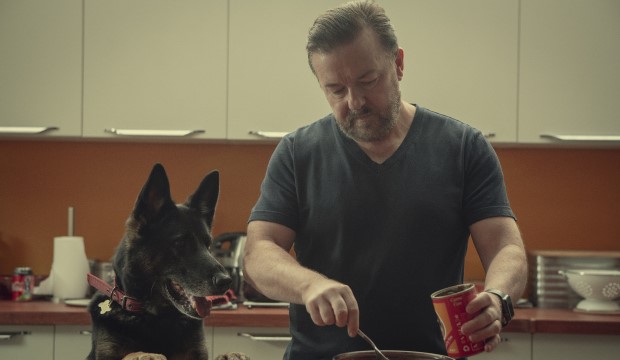 Ricky Gervais has always dabbled with existential themes in his comedies, but After Life feels like a philosophical treatise: poignantly addressing grief, death, and how life could and should be lived. It’s his most tragic, upsetting, and thoughtful vehicle for laughs.

In season two, widower Tony (Gervais) starts to build himself up to his former strength, learning to be needlessly nice instead of callously horrible. But the worries of the townspeople around him intensify as the local paper, where Tony works, shuts down – maybe am-dram can lift people’s spirits?

Before Ricky Gervais tears our hearts apart in After Life (above), he’s voicing a storytelling feline in the new Netflix kids’ film The Willoughbys. Using a beautiful, 3-D animation style, the story follows the four Willoughby children (and their cat) as they plot to get rid of their uncaring parents. Based on the children’s book by Lois Lowry.

Before the writer Dan Harmon explored the surreal hilarity of space in Rick and Morty, he stalked the seemingly mundane corridors of community college. But the goings-on of Greendale are more ridiculous, cartoonish, and hilarious than its exterior supposes.

Cinema loves to save Matt Damon: in war-torn France in Saving Private Ryan, on a potentially habitable planet in Interstellar, and (most recently) on the Red Planet’s desert floors in The Martian. One of director Ridley Scott’s funnier movies, the story follows astronaut Mark Watney (Damon) as he survives the conditions of Mars after his spaceship crew abandon him.

'Life moves pretty fast. If you don't stop and look around once in a while, you could miss it.'

Ferris Bueller’s otherworldly extroversion probably doesn’t fit with this period of near-compulsory self-isolation, but, regardless, he's a figure to aspire to. One of John Hughes’ best films, Ferris Bueller’s Day Off is an 80s comedy thrill with an ecstatic, carpe diem attitude. Stars Matthew Broderick, Jennifer Grey, and Charlie Sheen.

Another John Hughes classic, The Breakfast Club takes those rigid and traumatising social boundaries of high school and sets them on fire – showing that punks and jocks and rich girls and loser guys and dark recluses can get along, really.

A few aspects of the film have dated badly in the #MeToo era, especially in light of actor Molly Ringwald’s New Yorker piece about Hughes, but the story can still rivet with its unprecedented understanding of the teenage experience (for the time, at least).

Speaking of John Hughes movies that feel uncomfortable today, Sixteen Candles is the worst offender. The reason to watch would be out of historical curiosity, this being Hughes’ directorial debut and his first collaboration with Molly Ringwald. Sixteen-year-old Samantha (Ringwald) navigates her embarrassing existence in high school, made worse when her parents forget her very special birthday.

The 90s loved to laugh with the clergy, with both The Vicar of Dibley and Father Ted running against each other. But Dibley, starring Dawn French as the loving and hilarious Reverend Geraldine Grainger, may have the edge. It was released as women were beginning to be ordained in the Church of England (to the protest of many), and sexist attitudes still pervaded the church. This is still a supremely silly community sitcom, but also taps into some uncomfortable truths.

Teen sex-comedies have come a long way since the naïve days of American Pie, another one of those cult comedy classics that’s aged terribly. But there are a few jokes that still stand up today, and the clueless, overrated, adolescent plight of when you will finally, finally have sex will never not be funny, especially when it involves a warm pastry.
Peaky Blinders season 5
UK Netflix release date: 23 April

But Knight came back, guns blazing, in season five as Tommy Shelby (Cillian Murphy) enters Parliament as an MP. And what a time to be in politics: at the end of the 20s when far-right activism rose in Britain, led by the lamentable figure Oswald Mosley. He’s the villain of season five, portrayed by the psychotically frightening Sam Claflin (The Nightingale).

On the face of it, a TV series that squashes together a detective drama and a time-travel mystery sounds like desperate pulpy nonsense – and lead actor John Simm initially rejected the role on that basis. He didn’t know that it’d be one of the highlights of his career.

Sam Tyler (Simm) is a detective in 2006, who’s put into a coma after a fatal car-crash and wakes up in 1973. Now, he’s working under the ruthless and very un-PC detective Gene Hunt (Philip Glenister), solving crimes with the thrills and glamour of the 70s.

Writer/creators Matthew Graham, Tony Jordan and Ashley Pharoah leave the reason for the time-jump unexplained (that is, until their spin-off series Ashes to Ashes), focusing more on Sam’s surreal and psychological torment. It's a mind-bending, genre-clashing drama that deserves to be named after a Bowie song. 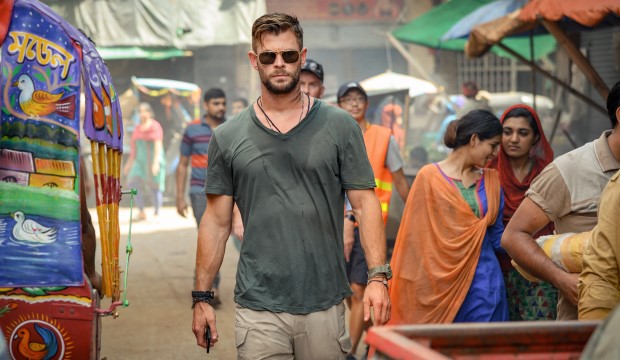 Chris Hemsworth never takes a break from action movies, even when he wants to. After nearly 10 years of playing the notorious Norse god of thunder in the Avengers movies, to be continued in Thor: Love and Thunder, he teams up again with writer Joe Russo and stunt coordinator Sam Hargrave in the new Netflix action thriller Extraction.

This is Hargrave’s first feature film as director, and follows a black-market mercenary (Hemsworth) as he’s given the most dangerous job of his career: extracting the kidnapped son of an international crime lord. 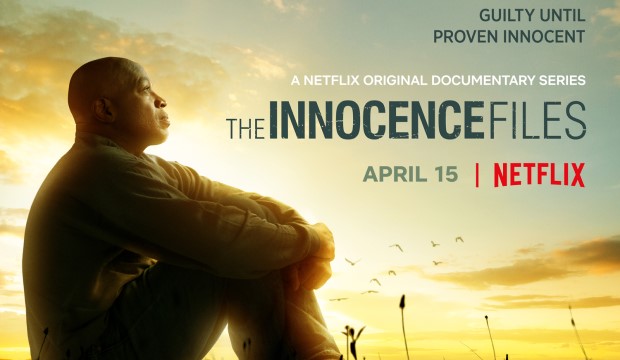 A lot of the true-crime output on Netflix involves wrongful conviction. It drives their emotionally shattering true-crime dramas such as Unbelievable and When They See Us, as much as their analytically riveting docuseries, like Making A Murderer, which began the international obsession for the genre.

The new nine-part documentary The Innocence Files, working in collaboration with the organisation The Innocence Project, examines eight cases of innocent Americans being locked up. Many of the cases featured involve extended jail sentences for robbery, rape, and murder. Some were resolved at the eleventh hour before a state execution could be carried out, like with death-row convict Alfred Dewayne Brown.

Few movies create a new entry in the dictionary, but the practice of catfishing became such a common Internet phenomenon that the documentary movie Catfish even spawned its own TV series. For the uninitiated, it means somebody setting up a false identity via social media and luring real people into a fictionalised relationship.

The film proves uncomfortable viewing, and certain documentary ethics are called into question as filmmakers Henry Joost and Ariel Schuman track down a real-life catfisher. The result has the tension of a horror film, delving into the tangled strangeness of the Internet.

The collaboration between Steven Spielberg and George Lucas resulted in one of cinema's most lucrative franchises: Indiana Jones. One would think a similar fate would have graced the 2011 performance-capture adaptation of the Tintin comics, with Spielberg teaming up with Lord of the Rings filmmaker Peter Jackson.

Alas, not much came from The Adventures of Tintin, and the proposed plans for a trilogy look to be abandoned. But the quiff-haired reporter still sparks a fun, exotic sense of adventure, evoking Spielberg’s whip-cracking, tomb-raiding hero of the 80s.

20 April
• Cooked With Cannabis
• The Last Dance
• The Midnight Gospel

TBC
• Catfish
• Life on Mars
• The Vicar of Dibley

And that's not all.