From the Julian Fellowes period drama The English Game to Margot Robbie's vivid portrayal of Tonya Harding in I, Tonya, Netflix in March has plenty of true stories to tell 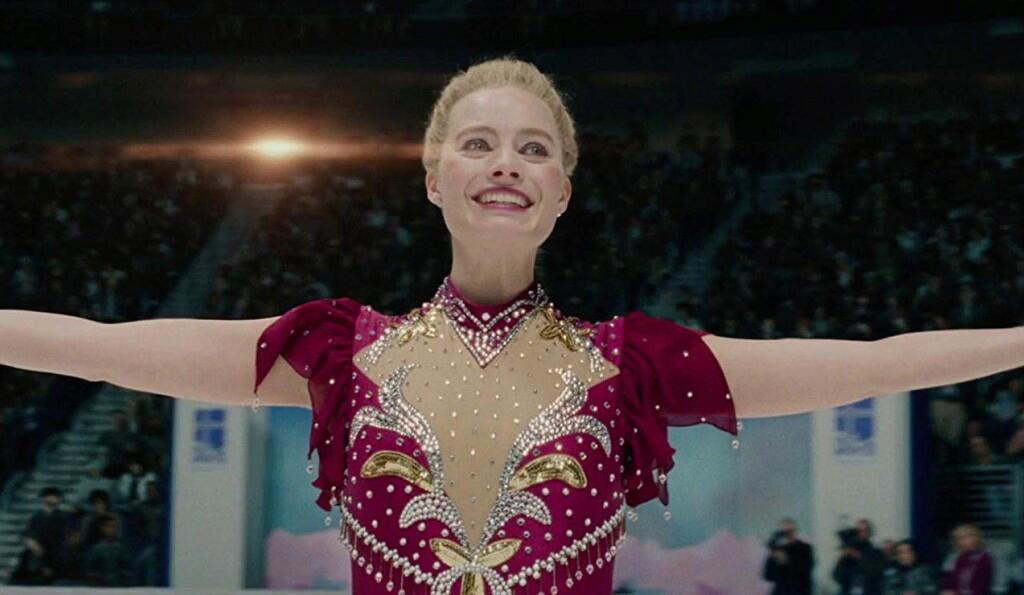 March will be a fruitful month for Downton writer/creator Julian Fellowes. He's not only releasing an opulently new period drama about social privilege in the 1840s (Belgravia), he’s also examining the origins of football in The English Game. Starring Kevin Guthrie and Charlotte Hope, the six-part limited series dives back to the creation of football in the mid-1800s.

When Ozark started in 2017, it was immediately compared to Breaking Bad. And it’s easy to see why: a family man involved in a secret life of crime, assisting drug cartels, played by a former comedy actor. Marty (Jason Bateman) is a financier who helps the cartels launder their money, but when a Chicago scheme goes awry, they sink deeper into this dark underworld.

Season 3 takes place three months after the opening of Marty’s casino, which will launder millions for the Mexican cartels. But Marty and his wife Wendy (Laura Linney) have different ideas about how to proceed. Marty wants to keep the status quo, Wendy wants to expand.

It’s a disturbing fact that many serial killers don’t get caught. As the interrogative series Mindhunter reflected with the Zodiac Killer and the Atlanta Child Murders, these cases can linger in uncertainty for years – often indefinitely. Lost Girls shows the weight of that impact with the Long Island serial killer (LISK) case, and the brave perseverance of the people who still want justice.

The first narrative feature from documentarian Liz Garbus, this film follows the plight of Mari (Amy Ryan), mother to one of 10 murdered sex-workers found on Ocean Parkway. She tries to find her missing daughter, but faces the brutal police prejudice against sex-workers along the way.


Self Made: Inspired by the Life of Madam C.J. Walker
UK Netflix release date: 20 March


Given the intense, segregative prejudices of the early 20th century, it’s perhaps a surprise that one of America’s first millionaires was a woman of colour. Sarah Breedlove was born to slaves in 1867 and worked her way through racism and sexism to create a business empire for a hair-growing tonic, rebranding herself as Madam C.J. Walker.


In a post-truth world, uncertainty feels more ubiquitous than ever but, really, that’s always been the case, as memories of crucial events differ from person to person. Craig Gillespie’s energetically contradictory portrait of disgraced figure-skater Tonya Harding perfectly demonstrates that paradox.

With a career-best performance from Margot Robbie, I, Tonya is a thrilling biopic: showing Harding’s rise through the ranks of figure skating, beating all her privileged opponents, while fighting off her aggressive mother (Allison Janney) and abusive husband (Sebastian Stan).

Functioning as a prequel of sorts to All the President’s Men, Steven Spielberg’s first dive into journo-drama examines The Washington Post’s exposé of the infamous Pentagon Papers.

In The Post, the new publisher Kay Graham (Meryl Streep) with editor Ben Bradlee (Tom Hanks) uncover those secret documents pertaining to the Vietnam War – revealing governmental deceptions about the extent of America's involvement in the region. As well as possessing all the office-based thrills of any political, journalistic thriller, the film also delves into the blood-boiling sexism that Kay had to face as the new boss.

NWA. is one of the most influential gangsta rap groups in the world, and they’ve never swerved from controversy. The meaning of the acronym is provocative enough, but their most famous protest song F*** tha Police caused such outrage that even the FBI got involved.


Camp Jened, crudely and humorously nicknamed ‘Crip Camp’, was a 70s haven for disabled people to escape the prejudicial world outside. And, embracing the tone of the time, there was no shortage of sex and drug exchanges between members. Many of them became strong forces in disability activism – including Judith Heumann, who worked under the Clinton and Obama administrations.

The new Netflix documentary Crip Camp: A Disability Revolution shows the influence of this inclusive place, which allowed disabled people to be treated with equality. The film leads to Heumann’s famous San Francisco sit-in protest in 1977, as well as the creation of the American Disabilities Act in the 1990s.


It’s the season that nearly never happened. After 112 episodes, Fox decided to call it quits on the buddy-cop comedy, but not without controversy. Brooklyn Nine-Nine’s cancellation announcement caused outrage across social media channels, including respected filmmaker Guillermo del Toro, who tweeted: ‘Brooklyn Nine-Nine has given us fully human characters, beautiful, powerful, flawed, vulnerable, majestic... In whichever form, B99 must return.’

Thankfully, NBC picked up Brooklyn Nine-Nine and renewed it for a further two seasons. In March, we can enjoy those continued adventures of the B99 team on Netflix.


This might be the closest we’ll get to a horror movie directed by Martin Scorsese, and it’s an immersive, psychological nightmare. Scorsese’s fourth collaboration with Leonardo DiCaprio, Shutter Island takes place on an Alcatrazian piece of land off the coast of Massachusetts – utilised as a massive mental asylum.

US Marshal Teddy (DiCaprio) travels to the island with his partner Chuck (Mark Ruffalo), investigating a missing patient. But as Teddy uncovers more about the island and the institution, he also enters a crooked doorway to his own warped psyche.


John Krasinski seems determined to shed the role that made him famous (Jim from The Office) and plunge into much bigger projects. In the silence-based horror film A Quiet Place, he takes on writing, directing and acting duties – worlds away from the drabness of Dunder Mifflin.

The world has been blighted by a blind alien species with enhanced hearing. Any noise wields a risk of death. A family survives the chaos, and finds an abandoned farm to live in. But it’s never that simple, especially when pregnant Evelyn (Emily Blunt, Krasinski’s real-life wife) is about to give birth…


You’ll never look at clowns, drains or red balloons the same way again. When the trailer for the first IT movie was released, it became the most-watched movie trailer of all time on YouTube – igniting a new, blockbuster love for the horror genre. Now that the franchise has concluded with the excellent IT: Chapter Two, why not revisit the beginning of all this Stephen King-inspired terror?

In Derry lurks a monster, taking the shape of children's greatest fears. Born in the sewers, It (Bill Skarsgard) feeds on the souls of children – but its activities haven’t gone unnoticed. A band of pre-teens, The Losers’ Club, gang together to fight this terrifying threat.


Like an ageing spirit, Oasis’ songs taste better and better as time goes on. Their punky, warring personalities on- and off-stage were the stuff of legend, and now engender a painful nostalgia for that period of music – not likely to be seen again.

Songwriter Noel Gallagher’s voiceover in Oasis: Supersonic, a riveting documentary about the best Britpop band, ripples with that whiff of nostalgia… along with the odd anecdote about taking too many drugs. Director Mat Whitecross traces Oasis’ road from being on the dole to playing in front of thousands.


With all the technological developments of the 21st century, you’d think the fascination with the 1969 moon landing would dry up after a while. Yet there’s something innately mythical about that first odyssey to the white, cratered orb, about that new feat in human exploration – beamed onto televisions around the world.

On those televisions, the pictures were relegated to blurry monochrome pictures; in Todd Douglas Miller’s documentary Apollo 11, they glisten with vivid colours and realistic definition. Miller snatched never-before-seen footage of the journey from Earth to the Moon and back again, crafting a three-act legend that looks like an epic fantasy. One of the best documentary films of 2019.

The Letter for the King
UK Netflix release date: 20 March


While The Witcher grips the mature fanatics of high fantasy, The Letter for the King looks to grab the younger escapists.

Based on the novel by Dutch author Tonke Dragt, this six-part series follows Tiuri (His Dark Materials’ Amir Wilson), a knight-in-training, who’s ordered to deliver a secret and dangerous letter to the King in the Great Mountains. The road is treacherous, the world is threatened by an evil prince, but Tiuri discovers a prophecy about a knight who will restore the peace. Could that be him?


The collaborations between director Peter Berg and actor Mark Wahlberg have been mostly serious action movies based on true stories. Lone Survivor followed an unsuccessful military mission in Afghanistan, Deepwater Horizon examined the BP oil spill in the Gulf of Mexico, and Patriots Day featured the Boston bombings. But in their latest film, Spenser Confidential, Berg and Wahlberg move away from their usual solemn routine and approach something fun instead.

Spenser (Wahlberg) is an ex-cop from Boston who was framed and locked up for threatening to expose some dodgy activity. He’s eventually released and wants to get the guys who imprisoned him, finding help from MMA fighter Hawk (Winston Duke).