The third wave of Studio Ghibli movies is hitting Netflix on 1 April, and we couldn't be happier. Here's every Ghibli animation available to watch now 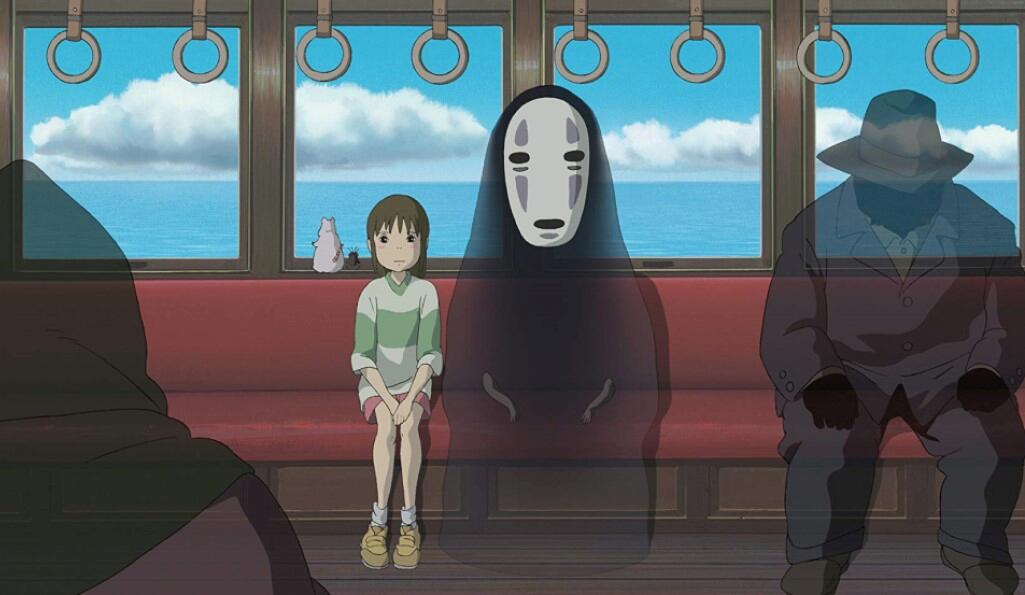 Since its inception in 1985, the Japanese anime film studio has delivered some of the most revered animations of all time – crafting some beautifully surreal and fantastically immersive works of art. Now, in the thick of the streaming wars, Netflix has launched a unique offensive with an army of Studio Ghibli movies. Below is a list of the Ghibli animations available to watch now.

When their mother endures an illness, siblings Mei and Satsuki venture into the forest nearby where they stumble across the spiritual totoros. These peculiar creatures can range from balls of dust to large, cuddly beasts.

The most universally adored of the Studio Ghibli selection, Spirited Away earned founder/director Hayao Miyazaki his first Oscar and earned over $347 million worldwide. The story follows 10-year-old Chihiro as she walks through an abandoned theme park, suddenly turning into a spectre and crossing into a parallel world where ‘eight million gods come to rest their bones’. Get ready for some of the strangest gods ever drawn.

Set in Iron Age Japan, Princess Mononoke exists in a time and place in which humans battled with gods. Prince Ashitaka leaves his village to investigate why their natural world is violently changing. He bumps into San, also known as Princess Mononoke, as she rides a wolf god to fight the armies of the slave-owning tyrant Lady Eboshi.

Hayao Miyazaki's supposed swansong (to be refuted later this year), The Wind Rises is an aeronautical dream-tale of pacifist plane engineer Jirô, who lives through earthquakes, economic depression, spreads of tuberculosis, and the inevitable call to war. The film is loosely based on the lives of Jiro Horikoshi and the writings of Tatsuo Hori.

Based on the fantasy novel by Diana Wynne Jones, Howl’s Moving Castle tells the story of a teenage hat-shop assistant who’s turned into an elderly woman by a wicked witch. Only Howl – a mysterious wizard with his own massive, industrial, walking castle – can return her to her former self.

Studio Ghibli’s first official feature, Laputa: Castle in the Sky explores a steampunk, 19th-century London in which the skies are populated with pirates. A young boy and girl race against their adversaries to find a fabled flying castle.

In Kiki’s Delivery Service, witches exist among us. But they’re not dark, crooked, evil figures intent on chaos; they’re sweet and lovable with powers. The 13-year-old Kiki has been sent on her mandatory year of independent living and starts her own courier service in a European city, using her broomstick as a means of transport.

Hayao Miyazaki’s collaboration with the late Isao Takahata made Studio Ghibli possible, but Takahata’s contribution is often overlooked. Only Yesterday is one of his few director credits for Ghibli, telling the tale of a single 20-something diving back into her uncomfortable childhood.

When Marnie Was There (2014)
UK Netflix release date: 1 April

Loneliness can calm and loneliness can sting, especially in these self-isolated days of Covid-19. When Marnie Was There captures the latter pain, as the depressed, asthmatic Anna befriends a girl with long, blonde locks called Marnie. But is Marnie real, or just an elaborate hallucination?

Friendships can take many different forms, but none match the bond between a five-year-old boy and his fish friend in Ponyo. And when the fish magically breaks free from its watery living situation and transforms into a little girl, their world grows weirder and their friendship grows stronger.

No doubt inspired by Miyazaki’s father, who was a WWII plane mechanic, Porco Rosso follows a bounty-hunter fighter-pilot in 1930s Italy. Oh, and this pilot is inexplicably cursed with a pig’s head.

Nausicaä of the Valley of the Wind (1984)
UK Netflix release date: 1 March

An early cinematic eco-warning for man’s destruction of nature, this piece, made before Ghibli was founded, takes place in a world covered in toxic jungles. Only one clean and peaceful clearing remains, the Valley of the Wind, but it's under threat from warring factions – only the scientist/warrior/princess Nausicaä can save it.

The tanuki are raccoon-like creatures in Japanese folklore that can shapeshift into anything. When a gang of them grow anxious about the urban development happening nearby, one of the elders teaches the unskilled tanuki how to change form – preparing to fight against the human threat.

We’re used to constant live-action remakes of beloved cartoons, so it’s strange to even consider a reverse option. But that’s what The Secret World of Arrietty essentially achieves. Based on The Borrowers books by Mary Norton, which was made into the better-remembered 1997 kids’ film, Arrietty tells the story of tiny people in Tokyo borrowing things discarded by the much larger human race.

When the teenage schoolgirl Haru saves a cat from being run over, it thanks her. Turns out that he’s a prince in the Kingdom of Cats. He takes Haru there to marry him but, unfortunately, she’s not overly keen on the idea. Instead, she develops a love for another feline, the Baron, who offers a way of escape.

Another teen romance story involving anthropomorphic cats, Whisper of the Heart is the story of a 14-year-old bookworm, Shizuku, navigating the awkwardness of middle school. She suddenly falls into a fantasy adventure when she follows a similarly bookish boy into an antiques shop.

Like Only Yesterday, Ocean Waves is another nostalgic trip into a character’s past with fantasies kept to a minimum. Having a rare male protagonist, the film harks back to an adolescent love-triangle endured by Taku, who (in the present day) sees his teenage crush on a train platform.

Ocean Waves is directed by Tomomi Mochizuki, making it the first Ghibli film not to be directed by either Hayao Miyazaki or Isao Takahata.

Ghibli is universally recognised for its detailed anime style, but this light family comedy offers something very different from usual. Divided into a series of little stories, the sparingly drawn My Neighbors the Yamadas follows the adventures and annoyances of mother Matsuko, father Takashi, son Noboru, daughter Nonoko, grandmother Shige, and their dog Pochi.

With the Studio Ghibli directors who aren’t Miyazaki, there’s a clear motivation to imitate the director. Isao Takahata, on the other hand, doesn’t – he opts for a more personal path. After changing the style in My Neighbors the Yamadas, he opted for a similar minimalism in The Tale of the Princess Kaguya.

This film tells the mythical tale of Kaguya, a tiny princess found in the woods, who transforms into a baby. She grows into a beautiful woman and gets courted by powerful men.

A rarity in the Studio Ghibli canon, From Up on Poppy Hill boasts no fantastical set-pieces of any kind. Instead, Hayao Miyazaki’s screenplay explores the platonic relationship between two high-school students in postwar Japan. Teen hero Umi runs a boarding house, still mourning her late father who died at sea, and whose birth connects mysteriously to that of Shun, a student journalist.

Based on the book series by esteemed fantasy author Ursula K Le Guin, Tales from Earthsea is the film debut from Goro Miyazaki, Hayao’s son. On Earthsea, a world consisting only of islands, a young prince slays his father and joins a wizard.