Changing writers and directors for each volume in a franchise can yield fascinating rewards. Mission Impossible and Star Wars are two such beneficiaries (until recently): finding a new angle, a new vision with different filmmakers. The sexy, stylish, and rhythmically funny spy thriller Killing Eve, engendered for TV by Phoebe Waller-Bridge, is another – swapping show-runners for each season.

But contrary to its psychopathic, anti-hero assassin Villanelle (Jodie Comer), the show itself is fragile – one bad move and the original immersion is broken. Waller-Bridge is an unfairly hard act to follow, and Emerald Fennell proved an adequate replacement for the second season. The pressure’s on the newbie Suzanne Heathcote, whose previous writing credits include the spin-off series Fear the Walking Dead and a couple of short films.

Prematurely judging by the first episode, she can’t maintain the house that Phoebe built. 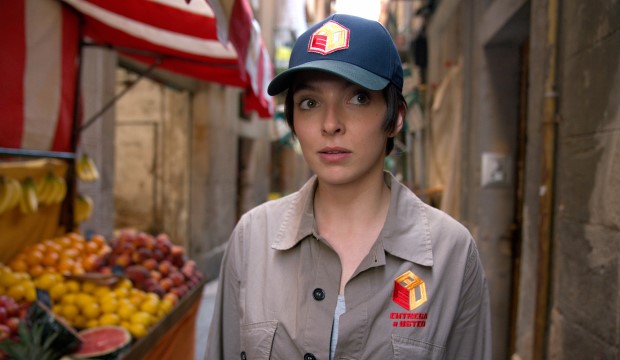 The shadow of the so-called ‘break-up’ between Eve (Sandra Oh) and Villanelle hangs over episode one so, perhaps appropriately, a strong inertia flows through most of it. The start is an exception to this, delving into the past of a new character – kicking off season three with some well-paced brutality.

Villanelle is as strange and spirited as ever, with Comer’s performance resuming its enjoyably crazy energy, but with a layer of sadness after leaving Eve in Rome. Surprise, surprise: Eve’s not dead, as revealed by the trailers. She’s actually living in New Malden at the moment, taking every day as it comes.

It's an approach taken by most of the characters – not least by former MI6 boss Carolyn (Fiona Shaw) and her adorable son Kenny (Sean Delaney). The visuals look greyer than usual; a general, overcast air of boredom, as if the colours of the last two seasons have drained away. Although this is clearly intended, a narrative calm before the storm, the first episode succeeds at being a bit sluggish in itself. 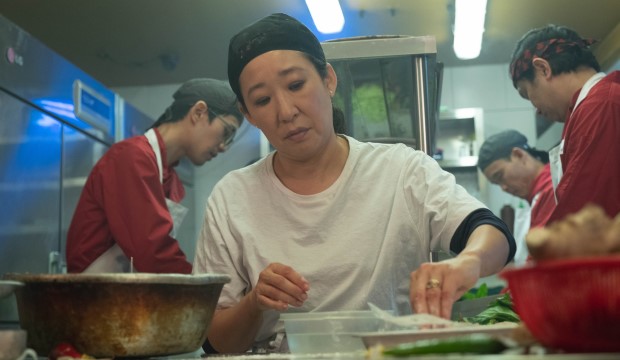 Unlike Waller-Bridge and Fennell, who were ensconced in Killing Eve's stylised world, Heathcote and director Terry McDonough (new to the series) craft a pale, underwhelming imitation. This episode checks off the series’ boxes – lush locations, twisted murder, and silly slow-mo walking – but the flavour is missing, the formula tasting stale.

The episode is entertaining enough; the story and characters graze the edge of dullness while never crossing over. But the ghost of Waller-Bridge’s electrifying dialogue haunts that of Heathcote’s, almost highlighting the former’s overwhelming superiority to the latter. Maybe this is harsh, given it's the first of eight episodes. But in this weekly set-up, new to the UK, will binge-age viewers continue to stick around?

Killing Eve season 3 episode 1 is available on BBC iPlayer from Monday 13 April at 6am. Further episodes will drop on a weekly basis. 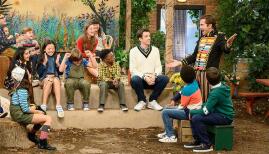