Legasov (Jared Harris) raises deep concerns about the power station. He travels to Chernobyl with the Deputy Chairman Shcherbina (Stellan Skarsgard) to investigate

In episode 2 of Chernobyl, Legasov seems to begin as a tiny, obliging puppet but, in light of devastating facts, the authoritarian strings are weakened. He can't sit and wait for a potential armageddon.

This is a common trope in disaster movies: trying, and often failing, to convince authority figures about an impending threat. But it’s not often achieved with such enticingly tense and cautious execution. 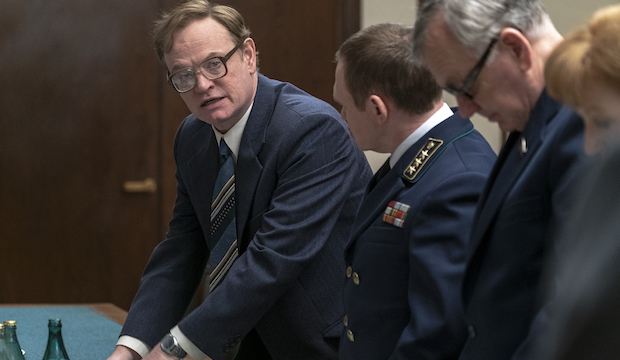 Legasov is understandably aggressive about the Chernobyl situation, losing Council points from an unruly table-punch – but it gets their attention. He straddles a dangerous line between being calm and being furious about the meltdown’s potential impact.

He needs to play the game, and prepares a constant string of respectful apologies. But this proves more challenging with the introduction of Deputy Chairman Boris Shcherbina.

Shcherbina is gloriously written, crafted as a hard-nosed and verbally violent politician who knows nothing about nuclear physics. Many of his orders are followed by ‘I’ll have you shot!’, almost flaunting his level of authority. Disobedience can mean death - but in radioactive Chernobyl, where both Shcherbina and Legasov are ordered to, compliance can also mean death. 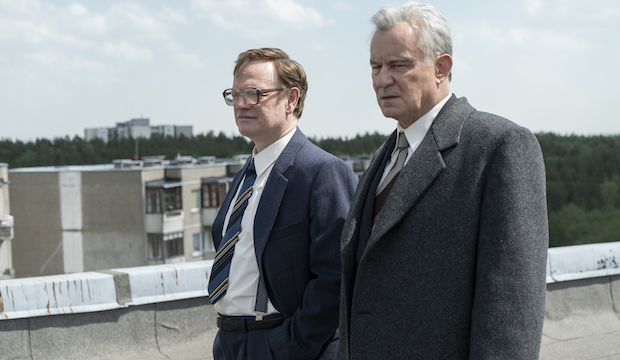 Even better: Shcherbina is played by Stellan Skarsgård, who never fails to deliver a deep, raspy, and vivid performance that always steals the show. He smiles, but never meaningfully, and – like with most of Skarsgård’s performances – under his tough shell, something human is still beating.

Shcherbina’s lack of proper understanding makes him a perfect target for long-winded explanations of nuclear physics. This could’ve been a potential hazard, with heavy science threatening the pace of the scene. But Mazin tackles a tricky subject with expert skill, writing exposition that’s both entertaining and accessible (unlike school physics lessons).

This episode even reaches the point where it’s strangely thrilling to hear about fission, graphite, and dosimeters. Legasov’s complicated worries are now everybody’s worries, and understanding the implications makes Chernobyl even more terrifying. 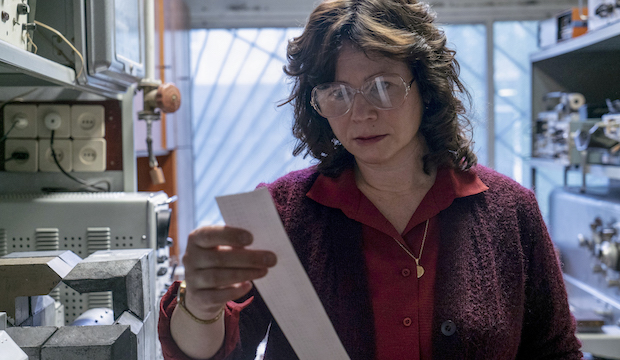 Episode 2 also sees the appearance of a new ally: Ulana Khomyuk, a chief physicist in Minsk who suspects Chernobyl’s barely reported meltdown. She finds hints of radiation at the window of her lab (240km from Chernobyl) and, like Legasov, tries to persuade others of the impact. Energetically played by Emily Watson, Ulana becomes integral to stopping the radiation from spreading further.

Chernobyl is full of revelations, which many wouldn’t have been savvy to – namely the Soviet exacerbation of the event. But there’s an ever deeper, scarier understanding gained in episode 2: it could’ve been so much worse. It’s chilling to think what might've happened, or what could happen still.

Game of Thrones: who died at the Battle for Winterfell?
Sign up to CW’s newsletter
By entering my email I agree to the CultureWhisper Privacy Policy (we won`t share data & you can unsubscribe anytime).