Barney Norris, hailed as one of our most promising playwrights, returns with a new play about family life and loss, set in the countryside near Winchester

Pete (Ukweli Roach) is recently out of prison. Now he’s helping his friend Ryan (Sion Dancel Young) to illegally siphon off oil. But Pete’s also there to rekindle his relationship with Ryan’s sister, Lou (Ophelia Lovibond).

The siblings are coming to terms with their father’s death, weighed down by the pressure to take over the failing family farm. Their mother Jenny (Claire Skinner) is so stymied by grief and a rose-tinted desperation to preserve their way of life that she barely registers her children’s misery. 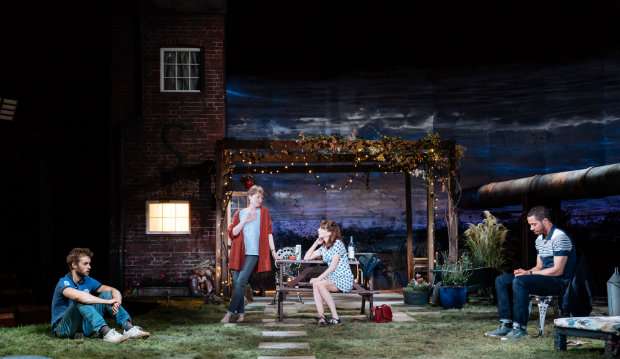 The dramas, revelations and conflicts that dominate the next two and half hours verge on soap opera. But there’s enough tenderness to the story-telling and nuance to the performances to keep this play free of sensation. Instead it’s an elegy, an intimate look at waste, loss and the lies we tell ourselves.

Naturalistic dialogue is peppered with striking moments of lyricism. The writing is exquisite, even if it sometimes feels a touch too artful and poetic to come out of the characters’ mouths.

Aside from a few moments of wry comedy Nightfall is bleak watch; we see the character’s hopes and dreams seeping away and leaking out like the oil that Ryan’s siphoning off into his own tank. 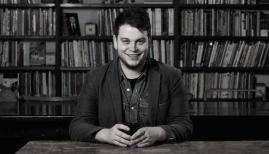