Ahead of new play Eventide, Barney Norris tells us about keeping it local, writing a novel, and finding inspiration hanging out in the pub 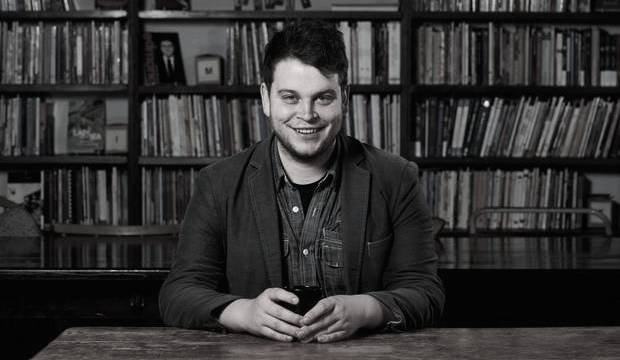 Barney Norris' Eventide, Arcola Theatre: Photo by Mark Douet
CW: How do you feel about being, named ‘Most Promising Playwright’?

BN: Those awards from the Critics’ Circle and the Offies felt like a great encouragement of the work I’m doing, as a writer and with my company Up In Arms, and hopefully they will help get that work in front of more people, so I was delighted to receive them...

I feel more able to take myself seriously as an artist because what I think matters seems to have mattered to others. That focuses me in continuing to do what I’ve been doing since school, it keeps the doubts I have, that we all have, about whether I’m living the life I want, at bay, to know people like the outcome.

What should we expect from Eventide?

What inspired you to write it? Do the issues in the play stem from your own experience?

While Up In Arms was making Visitors, I worked in a pub in a village in Hampshire. At the time I was agonising a lot about my show, about financing the project, about stars and reviews and success and progress, and it was very healthy to be in that environment while all that was happening because I was surrounded by people who were living for completely different reasons to what I was chasing at the time.

I’m continually interested in people who get caught living in cultural ox-bow lakes, which is an elegiac way of looking things, and coloured the play, and I spent all of last year reading about the way the working people of the country have had the rug pulled out ineluctably from under them over the last two centuries, so that coloured the story further... But it started with just loving hanging out with my mates in the pub.

Which writers influence you?

Your theatre company Up in Arms tours beyond London to bring “news of life in this country right now back to the capital.” Do you think this level of localism and immediacy is lacking on the London stage? If so, why?

I think there’s a huge absence of localism on the London stage, for two reasons. The first is that most writers are living more or less the same lives, in the same income brackets, in the same city... It’s amazing how many plays I read that don’t contain anything I don’t already know. That’s never because I know things, it’s just because the writer hasn’t got out of the dailyness of their lives to bite into something real.

The second is that I think a lot of new writing dramaturgy is deeply programmatic and overinterventionist. Everyone talks about ‘stakes’ and ‘bombs’ and ‘superobjectives’ and it’s just not how life is lived. So new plays look sometimes like Herman Hesse’s Glass Bead Game, rather than a representation of life. It’s people playing the same games with different words, for ever. I’d say the great champion of localism is probably actually Rufus Norris. His work, more than anyone else’s, celebrates the specificities and particularities of different worlds.

As someone who tours plays around the country, what do you make of Michael Billington’s judgement that regional theatre is “a shadow” of what it used to be?

... maybe he was looking in the wrong place for his electricity. I know Liverpool was wicked in the 60s, but I do believe there’s a rich theatrical life all round this island now as well. I just think it’s not necessarily curated by buildings in the way it was, and maybe his way of looking for that energy means he misses it.

I think the torch is carried now by touring companies like Up In Arms, and buildingless companies like National Theatre Wales. I think in the face of what NTW is achieving it’s hard to feel glum about theatre beyond London.

Tell us more about your upcoming debut novel.

Five Rivers Met On A Wooded Plain is a celebration of the extraordinariness of ordinary life, five stories of five different lives in the city of Salisbury interwoven around a car accident. I hope it’s a song about how wonderful the world is.

What led you to write it?

I’ve been writing it all my life, really. I grew up in the shadow of Salisbury Cathedral, and it’s very hard not to want to communicate your sense of the marvellous if you have that in your life.

And what is it about this particular story that makes it better suited to prose than the stage?

I suppose it’s about the experience of the audience/reader, really. Audiences don’t pick the speed at which they receive a play, they surrender themselves, and they also collectivise, they get together and shut up for a bit and hear a play. A reader can start and stop, put on music, read anywhere.

So the experience is more expansive and perhaps less intense, so that changes the experience, so this story is perhaps something to be wallowed in, not something to down in one. Which is all a way of saying that I don’t know, really, I think the story grew from the medium as well so I’m not absolutely in control of that.

Over the next year I have Eventide and my novel, and Up In Arms are co-producing our first play not by me with a big London theatre, and touring it round the north...

I’m writing a play for Salisbury at the moment, which I hope will come to fruition, and working on a second novel and a new play for Up In Arms in collaboration with our most prestigious project partners yet. So if that cooks up into something we can announce, that will feel momentous.

Barney Noris' new play Eventide is at the Arcola Theatre until 17 October. Click here for more information and to book.