Cave, Royal Opera at the Printworks

An immersive opera inspired by ancient cave paintings, and set in a dystopian future

Tansy Davies was inspired by her visits to the ancient Niaux caves in the northern foothills of the Pyrenees in France for her latest collaboration with librettist Nick Drake. The result is given its world premiere at Printworks, transformed for the Royal Opera/London Sinfonietta production to create a wraparound opera.

The phenomenal tenor Mark Padmore, whose voice has an especially searching quality, and the vocal artist Elaine Mitchener are the singers, and the playing of the London Sinfonietta is augmented by otherworldly electronic sound. Lucy Bailey directs.

Davies and Drake worked together before on Two Worlds, an opera about the attacks on the Twin Towers. A suite from this is given its London premiere at the Proms on 25 July.

Cave is the work of a very inventive and imaginative composer, and guaranteed to be something of an event. 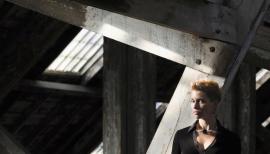