The second Star Wars anthology film, Solo: A Star Wars Story, is a broadly enjoyable adventure with only a few standout moments and star turns

While Star Wars: The Last Jedi proved controversial upon release, Solo: A Star Wars Story has been met with various doses of scepticism for the past couple of years, be it for the decision to tell a story that arguably didn’t need telling, the existence of a film about Han Solo without Harrison Ford or the unexpected removal of original directors Phil Lord and Chris Miller towards the end of filming (the duo retain an executive producer credit, while the directorial mention was granted to Ron Howard). The final result, unveiled in an out-of-competition slot at the Cannes Film Festival, is a decent piece of entertainment, but also the low point of the current iteration of the Star Wars saga. 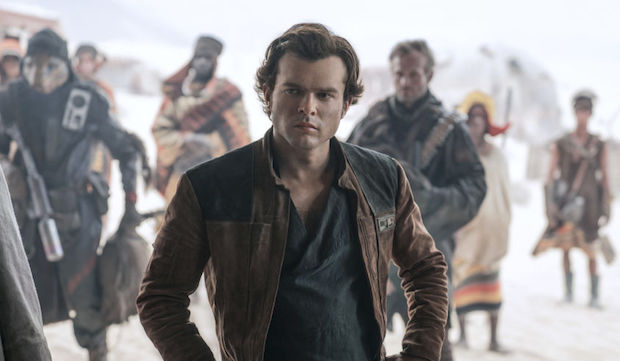 We meet Han, played by Alden Ehrenreich, as he tries to escape a life of hardship on the planet Corellia. Cut to three years (and one on-the-nose inside joke) later, and he’s part of a crew of smugglers led by Tobias Beckett (Woody Harrelson), a group that also includes one Chewbacca (Joonas Suotamo). Their latest assignment, commissioned by crime lord Dryden Vos (Paul Bettany), might turn out to be a one-way ticket to death, with young Solo also having to deal with conflicting loyalties as an old acquaintance named Qi’ra (Emilia Clarke) joins in on the fun. 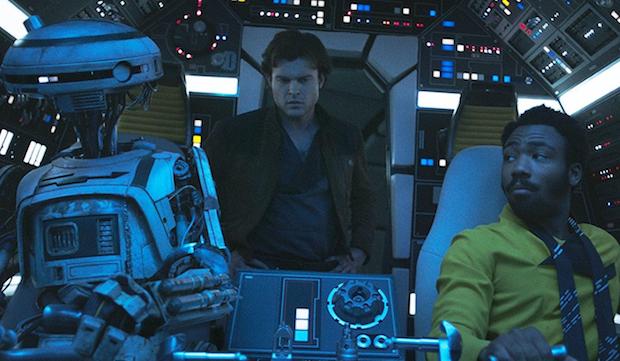 The main disadvantage Solo has as a film is coming out after The Force Awakens, Rogue One and The Last Jedi, which acknowledged existing lore and nostalgia while also exploring uncharted territory. Here we get what is basically a love letter to one of the franchise’s most popular characters, co-written by the man who came to define Han as an icon starting with The Empire Strikes Back (and while the score is credited to John Powell, the main theme is once again the brainchild of John Williams). 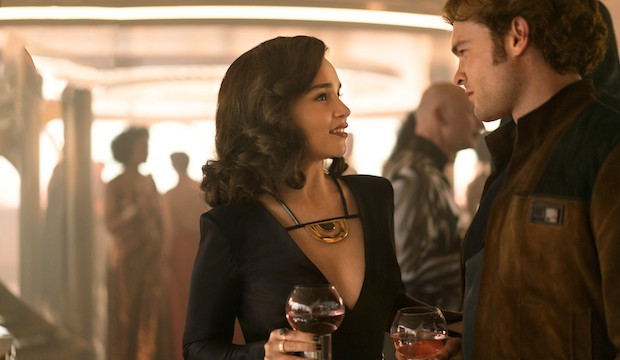 And it is an entertaining, occasionally spectacular love letter; a Western-cum-heist movie that boasts at least one set piece worthy of inclusion in any 'best of' list, but also a fairly by-numbers story. Save for the occasional surprise or two (most notably one sequence that is guaranteed to baffle viewers who are unfamiliar with the canonical expanded universe), all the beats are recognisable and expected, from the mandatory throwbacks to the franchise’s history ('I have a good feeling about this', says Han at one point) to the depiction of how the loveable rogue got his hands on the Millennium Falcon. One villain even wields a blade that is clearly meant to remind us of lightsabers.

As for young Han himself, Ehrenreich does a good job making the character his own while retaining a certain Fordness, but he’s also the weak link in a film that is all about how Han became Solo, with scene-stealing turns from Harrelson and Donald Glover as Lando Calrissian, a prime candidate for another anthology film down the line. Chewbacca fans will also be delighted to know that everyone’s favourite Wookiee, whose presence has occasionally been taken for granted over the years, gets a satisfying arc of his own. If this is indeed the beginning of a new sub-franchise set in a galaxy far, far away, the right elements are in place for an improved expansion of the world George Lucas created.