Jawbone is a rough, tough drama with a sensitive side

Jawbone review 4 Jawbone review Matthew Robinson
Watching Jawbone, one is soon struck by its gender imbalance. This is not a matter of female characters failing the Bechdel test. Jawbone has no female characters to even try. There is no love interest. The number of women in the film can be counted on one hand, the number of women with dialogue on one finger (Anna Wilson-Hall), and the closest we get to an actual female ‘character’ is the protagonist’s late mother. This might be problematic, if it didn’t unearth these gruff beefcakes’ sensitive inner worlds in such an interesting way.

Johnny Harris plays Jimmy McCabe, a former youth boxing champion, now a 40-year-old alcoholic in denial. A year after the death of his mother, he is evicted from his childhood council estate, presumably so it can be redeveloped into post offices and libraries. With nowhere to live, he starts frequenting his old boxing gym, a grotty little shack in south London. After smoothing over some long-standing tension with his coaches (Ray Winstone and Michael Smiley), he starts training again. But money is tight, so he tracks down underground boxing promoter Joe (Ian McShane) and is booked for an unlicensed fight that could be his last, with only a few weeks to turn around his sloppy technique.

While the narrative is painfully simple, the story is almost incidental, with the film having so much to offer around it. The photography is beautiful, showing a bleak and empty London, the bright lights of the Shard looming over grey communities as they are hollowed out. Jimmy’s training is focused and artfully filmed, with all training montages certified 100% cheese-free. No ‘Eye of the Tiger’ here. A masterfully captured shot of sweat evaporating from the boxer’s drenched back at dawn is particularly memorable. The final fight is tense and dizzying, a thrilling payoff. 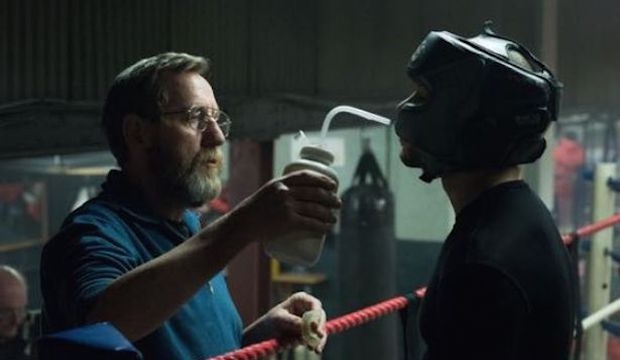 But Johnny Harris’s nose steals the show, perched on a face so lumpy and crooked, so expressive, so perfectly suited to the long and contemplative close-ups that fill the frame throughout the film. This is a film of faces, from the promoter’s piercing eyes and unsettling smile to the gentle gaze of the coach watching over ‘his boys’. That relationship between coach and boxer, master and student, is so lovingly portrayed, so tender and sensitive, somewhere between fatherhood and brotherhood.

‘You was a lovely boy,’ intones Winstone, unexpectedly spilling his heart out. It’s something we rarely see portrayed so convincingly. Some would have us believe that this systematic deconstruction of ‘brotherhood’ is a global conspiracy of feminisation. Jawbone suggests that it may have more to do with skyscrapers being built on top of former boxing gyms, although it doesn’t labour the gentrification point.

Ultimately, this is a film about male relationships, stoic and silent, taciturn but tender, and it all ends in sober tears. A slow-burning, manly drama with plenty of punch. 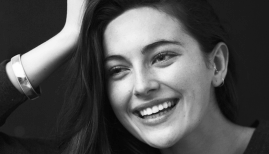 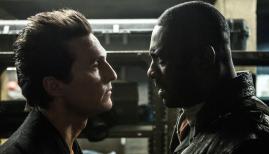 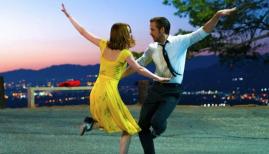