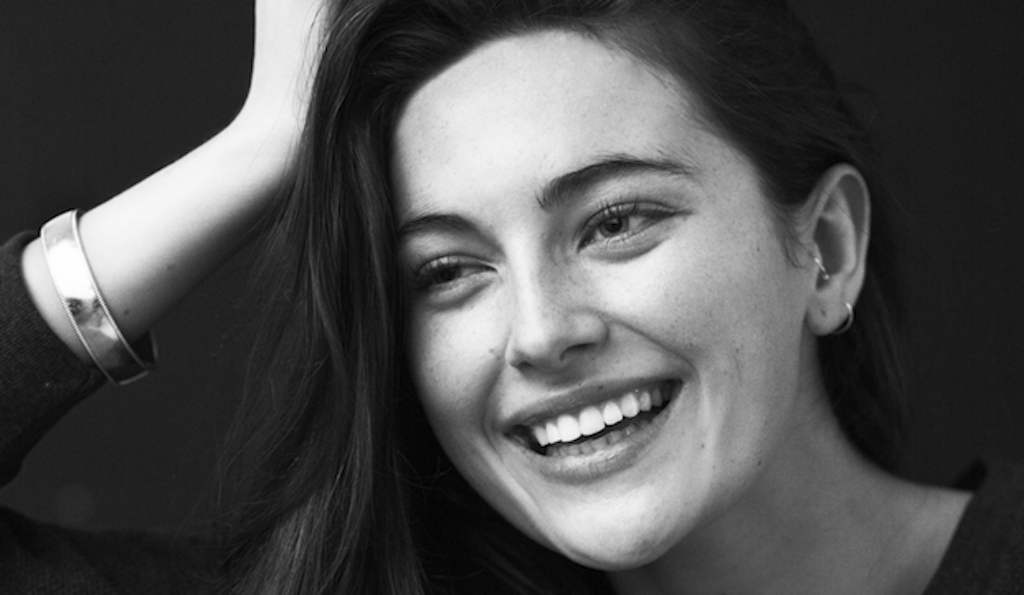 Actress Millie Brady – you might recognise her from her ass-kicking role in Pride and Prejudice and Zombies – has a deep understanding of the behind-the-scenes power of headstrong daughters, having just played two important and powerful women.

She is starring in the second season of the BBC Two's The Last Kingdom as Aethelflaed, the strong daughter of King Alfred and Aelswith, and as Princess Catia in the up-coming film King Arthur: Legend of the Sword. These parts, she tells us, represent unexpectedly powerful women.

This Thursday, the epic conclusion to season two of The Last Kingdom airs on the BBC. It tells the story of England in the year 872 – during the wars between Saxons and Danes – and, predominantly, focuses on King Alfred the Great.

‘Aethelflaed grew up in the height of the Viking invasion,’ Millie explains. ‘She formed an alliance through marriage. It’s what she had to do. She was fearless and she was loved, and although we don’t know a huge amount about her, what we do know is really quite amazing. It’s so exciting that she actually existed.

‘She has a beautiful relationship with her father, who nurtured her into this warrior. He got this teacher to train her to fight. So, you’ve got this father who really wants his daughter to stand up against the ranks of men, and be able to fight for herself.’

It’s a role that, on service level, holds many similarities to her part in Guy Ritchie’s latest film, King Arthur: Legend of the Sword, in which she stars as King Vortigern's (Jude Law) daughter, Princess Catia, alongside Charlie Hunnam and Poppy Delevingne.

‘She’s not got the same support [as Aethelflaed]. She’s quiet, but she’s not influenced by these powerful men. She’s got her own thoughts. She comes across as having a mind of her own. She [Princess Catia] is incredibly strong.

‘You see everyone bowing at his [Jude Law’s] feet, he’s this incredibly powerful character and has everyone quivering around him. She doesn’t have that relationship with him. He’s kept her to himself and is protective over her in a really toxic way. She sees him as the man he his… She’s the only one who will stand up to him.’

When asked about working with Jude Law, she says: ‘Jude Law is brilliant he’s really lovely.’

Although these two historical epics are, at first glance, all about the stories of men, the position and influence (or lack of it) of women is subtle and interesting.

Since the success of Game of Thrones it seems as though these huge, mud-slinging, often violent dramas such as King Arthur and The Last Kingdom have never been in such high demand. And yet it’s rare to find an actress such as Millie who traverses the genre across both TV and silver screen. 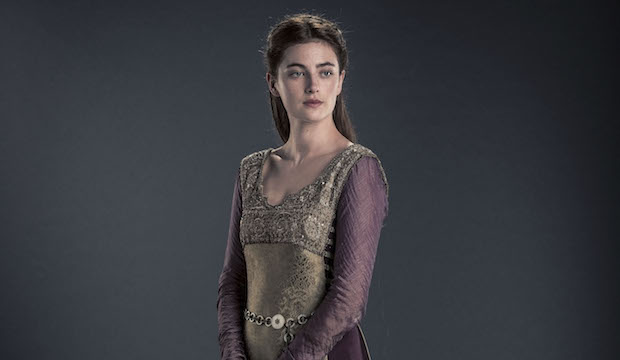 Millie Brady as Aethelflaed in The Last Kingdom on BBC Two

‘We’re not having to go to the cinema now to watch these huge epics,’ Millie agrees. ‘TV is in such a strong place, people can watch these dramas in the comfort of their own home. It’s really moved into something else, it’s just so bold. It’s a really exciting time for TV.

‘The good thing about TV is you’re doing it for six months, and you’re really in it. Films can be anything from a month to three weeks, so it’s nice with TV you’re living in that world very often for half a year. With film, you can kind of dip in and come out.’

These long, dramatic stories, particularly the rolling TV series, tend to encourage loyal followings: ‘We’re really lucky with The Last Kingdom. We have these really loyal fans, and I think they’re the backbone of the whole thing. Without the fans, we wouldn’t be able to make a show like this. We have a huge appreciation for the people who watch and give feedback.

‘We’re there in the blazing sun, and in the winter, and when you’re putting everything into something, it’s really nice to get something back from fans. We always said we’re so lucky that people are so supportive. It’s what gets you through the harder days of filming, working on something that has this amazing group of fans. 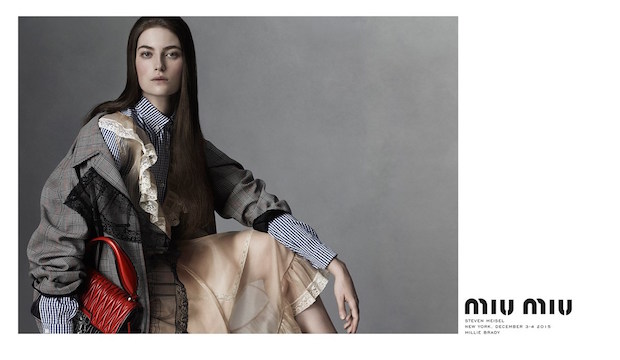 Unlike something like Game of Thrones though, The Last Kingdom is based on reality: ‘There’s not a huge amount of documentation from that time. So it’s all based on historical facts about Alfred and his wife, and the writer [of the books] Bernard Cornwell has done his best to fill in the gaps.’

Millie tells us that, in the case of her character’s husband Aethelred [Toby Regbo], Cornwell had to mostly imagine how a man of that time would feel when married to an independent woman. The answer to that, unsurprisingly, is: not good. Which brings us back to the precarious yet powerful position of women in history that Millie understands so well.

The last episode of series two of The Last Kingdom airs on BBC2 Thursday 9pm. Catch up on iPlayer here.