The Queen is dead and Prince Charles is King. Chaos ensues. Mike Bartlett's Olivier Award-winning play has been adapted for BBC Two

Shock. Horror. Guilt. It all begins with the Queen’s death. There’s a big black coffin which gets rolled out before a sea of wet-eyed mourners. There then ensues scenes recognisable from Princess Diana’s death: Buckingham Palace surrounded by flowers, flags at half mast, shots of a population crippled by grief. Everyone, that is, except for Prince Charles, the new King, who seems unpalatably in control.

Inspired by the blank verse and history plays of Shakespeare, writer Mike Bartlett offers us a powerful and deeply English vision of a potential future for which an ambitious Prince Charles has waited all his life – to ascend the throne. When the Queen dies, he has a (very) short time to enjoy his ownership of the golden throne – only to immediately face a crisis of conscience over the signing of a bill into law, which he refuses to do.

His hesitation results in constitutional and political meltdown, dividing his family and threatening the existence of the monarchy. Kate Middleton wades in and family strife erupts just as civil war threatens to sweep the country. Welcome to the future.

We fell in love with the play when it was on in London, giving it five stars. As the play moves from stage to screen, however, Prince Charles' Shakespearian monologues take on the tone of President Underwood's Machiavellian to-camera musings in House of Cards. It works brilliantly.

Charles is played by the late Tim Pigott-Smith, who reprised his role for the screen. Talking to Culture Whisper and other journalists, director Rupert Goold, who directed both the theatre and television version, told us: 'What struck me is how Tim adjusted his performance from being quick and vigorous on stage to still and reflective on screen. Tim has natural kingly authority. When we were editing, there were profile shots your really thought should be on a coin.'

Goold admitted that it had been difficult to persuade some actors to join the cast: 'You have to remember that, even with the stage version, we’d been through long conversations with lawyers and certain actors refusing to be involved because of how it might affect their future relationship with the honours system.'

He is joined by Charlotte Riley (Close To The Enemy, Peaky Blinders) who has been cast as Kate Middleton, Oliver Chris as William and Richard Goulding as Prince Harry.

This very funny and poignant drama explores the political and cultural implications of a King who doesn't know how to marry his role and his opinions, and is haunted by his past. It was a smash hit on stage and just as phenomenal on screen.

You should see it. But, if the ghost of Princess Diana and the portrayal of Kate Middleton as a self-confident, meddling young woman with a powerful mind of her own sounds like it'll upset you, try to remember it's a fiction. If that won't work – maybe don't watch it. You will be offended.

King Charles III airs on BBC Two on 10 May at 9pm to 10.30pm and will then be viewable on iPlayer for four weeks 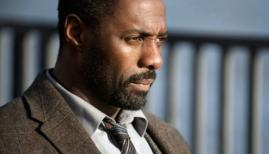 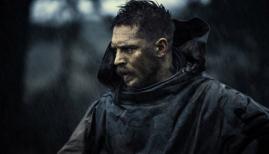