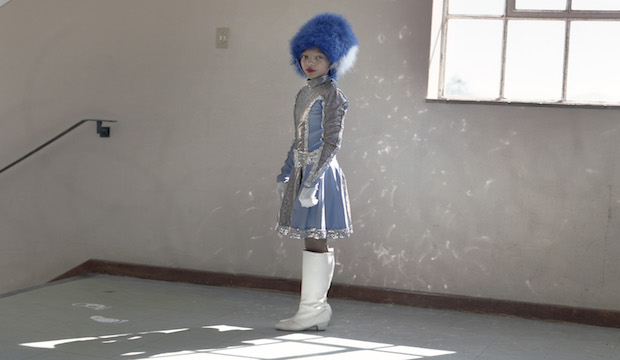 Mann's portraiture essays explore notions of picture making as an act of collaboration. The photographer said of her subjects, many from South Africa's poorest communities, that for 'these girls, involvement in "drummies" becomes a vehicle for them to excel, and the distinctive uniforms serve as a visual marker of perceived success and represents emancipation from their surroundings.' This was echoed by one of the judges' remarks that the 'pristine and vibrant outfits [of the subjects] jar with the rundown surroundings, lending a surreal and enigmatic atmosphere to the portraits.’

Second Prize went to Irishman Enda Bowe, for his portrait of a London mother tenderly holding her baby. The photo, Cybil McAddy with daughter Lulu, is taken from the series Clapton Blossom, which Bowe says 'focuses on finding the colour and beauty in the urban, the light in the grey.' 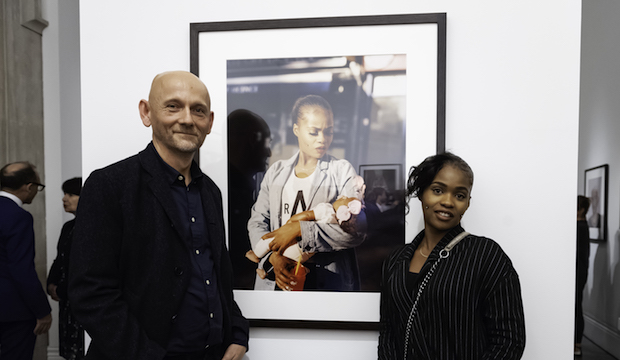 Third Prize was jointly awarded to the separate entries of Londoner Max Barstow and Canadian-born Joey Lawrence. Barstow's entry was a black-and-white portrait of a pair of London shoppers, which achieved stark, studio-esque composure despite being shot in the middle of a busy street. Lawrence was commissioned by WaterAid to take a series of photos in Tombohuaun, a remote village plagued with water-borne illnesses located in the jungle of Sierra Leone's Eastern Province. A portrait of Joe Smart (below) taken from the series was his winner. 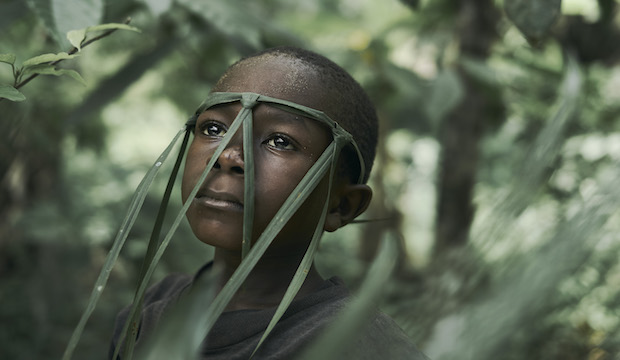 Awarded annually since 1993, the Taylor Wessing Photographic Portrait Prize is one of the world’s most celebrated and competitive photography awards. The initial shortlist was drawn from 4,462 digital submissions by 1,973 artists from 70 countries, and judged anonymously by an expert panel. In past years, entries have ranged from formal portraits to more experimental images, submitted by both established professionals and emerging talent from all over the world. The diversity and international flavour of this photography exhibition makes it one of the most inspiring open submission photography competitions of the year.

The winning photographs are on display alongside the work of 45 other selected photographers in an exhibition at the National Portrait Gallery. Each year the exhibition also features an In Focus display to showcase new work from an internationally recognised photographer; this year, previously unseen prints from acclaimed Japanese photographer Rinko Kawuachi take centre-stage. 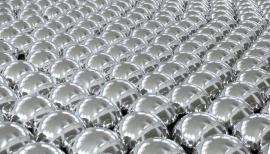