Cindy Sherman is an artist who exposes our obsession with surfaces. For 40 years, she has indulged her own fascination with the malleability of identities through her work. Armed only with a camera and an arsenal of wigs, costumes and make-up, she has created a multifarious cast of characters and a plethora of fictional worlds, all of which draw attention to the discrepancy between appearance and reality.

The first UK retrospective of her work opens in the National Portrait Gallery, where Sherman is the protagonist of a weird one woman show. There is the cigarette-smoking vamp, the desperate housewife, the wide-eyed country gal in the city, the lingerie-clad floozy, and the ageing WASP in her elegant gothic revival home. Whilst Sherman has expressed an apathy towards theory, this encyclopaedia of female roles strongly invite feminist readings of her work. Sherman calls upon the stereotypes deeply entrenched in our cultural imagination and playfully invites viewers to identify these personas in pictorial puzzles. 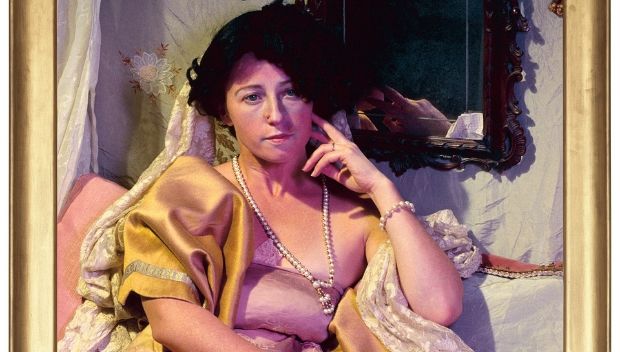 Untitled #204 by Cindy Sherman, 1989. Courtesy of the artist and Metro Pictures, New York

In her seminal Untitled Film Stills (1977-80) series, on display in the UK in its entirety for the first time, 70 black and white images reveal a rich tapestry of cinematic influences as we see Sherman inhabit the roles of the Film Noir femme fatale, the melodramatic B Movie star, and the sultry French New Wave heroine. Female archetypes from art history also make an appearance. In History Portraits (1988–90), Sherman mines characters from Old Masters painting and stages the most revered paradigm of all: the Madonna and Child. But Sherman not only subverts these visual traditions, she detonates them with sardonic iconoclasm. In this particularly case, the bomb is a fake breast that the Virgin uses to nurse her young babe. 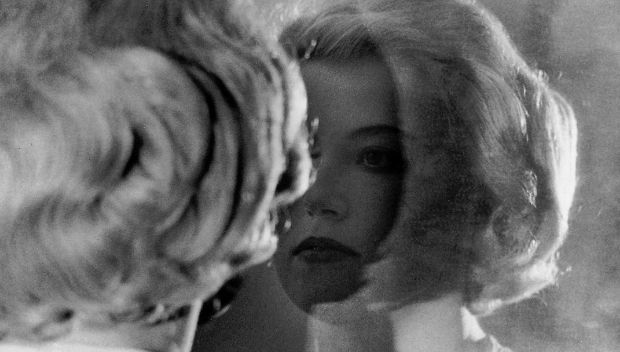 It's characteristic of Sherman to leave behind clues such as these to uncomfortably draw attention to the layers of artifice in her work. As her oeuvre progresses, this artifice becomes more emphatic and nightmarish as prosthetics start to feature more regularly in her compositions. In Fairy Tales, male anxieties about the grotesque female body and childhood fears converge as Sherman dons a rubber snout to portray a series of monstrous Brothers Grim-like characters.

Substitution becomes a prominent motif as identity becomes an increasingly tenuous construct. In Society Portraits, Sherman ridicules the strained youthfulness and insecurities of wealthy middle-aged women through witty visual puns. You start to notice that the lap dog is actually a stuffed toy and that the opulent backgrounds are actually painted sets. Fakery is abound in these later works and it becomes harder to know what is real and what is not. This confusion reaches its climax in the Sex Pictures series as the female body is replaced entirely by artificial parts. Dolls, rubber genitalia and sex toys are used to deliver a caustic critique of the sex industry and its dehumanising effects. The female body becomes a ridiculous, lurid thing, and reality breaks down entirely.

'Who is the real Cindy Sherman', you might ask? She is a performer, an artist, an iconoclast, and a cultural sponge, but she is also an ambiguous enigma who needs hours to decipher - and that’s all part of the fun.