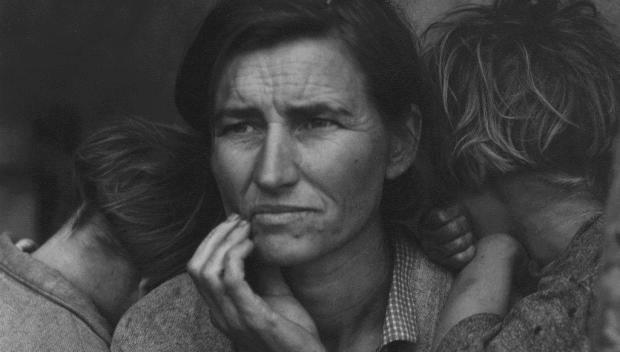 In just one image, social documentarian Dorothea Lange changed the course of twentieth-century photography. The image in question: a harrowing yet poignant portrait of human suffering, poverty, hope and defiance. Known today as Migrant Mother, the photograph, one of seven original frames, depicts two cowering children, a baby swaddled in dirty rags and their determined mother (of seven further children) gazing absently into the distance.

Taken in a pea pickers' farm in central California in 1936, this striking portrait of vulnerability poignantly documented, as fact, the devastating plight of Dust-Bowl refugees in 1930's America. Circulated widely following its release, Migrant Mother soon became symbolic of human dignity and resili in the face of adversity. It's since become one of the most celebrated portraits of the twentieth century.