Taken in a pea pickers' farm in central California in 1936, this striking portrait of vulnerability poignantly documented, as fact, the devastating plight of Dust-Bowl refugees in 1930's America. Circulated widely following its release, Migrant Mother soon became symbolic of human dignity and defiance in the face of adversity. It's since become one of the most celebrated portraits of the twentieth century.

TRY CULTURE WHISPER
Receive free tickets & insider tips to unlock the best of London — direct to your inbox
But this image largely overshadowed Lange's prolific and formidable career spanning almost half a century. Now the Barbican Centre seeks to redress this imbalance with a chronological retrospective of her rarely-seen body of work. In this much-anticipated and long-overdue exhibition — indeed, the first UK survey of work — the Barbican daringly positions Lange both as a founder of the documentary practice and a critical voice in twentieth-century photography. It's a triumphant success. 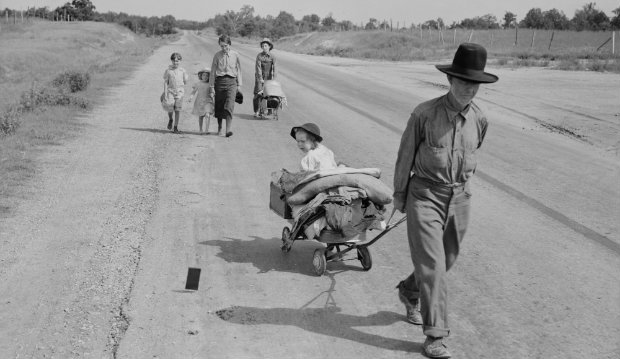 What strikes us about Lange's oeuvre is its modernity. A pioneering advocate of the power of photography to effect social, political and economic change, Lange used her camera to document the world around her. But what concerned Lange half a century ago still concerns us today: poverty, migration, urbanisation and agricultural ruin. As a result, her work feels timely, relevant and immensely powerful. 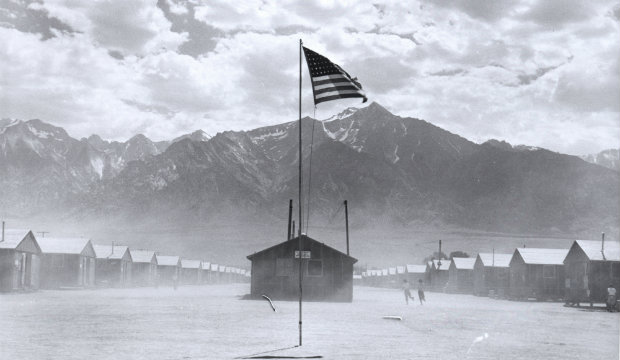 Indeed, suffering throbs through the heart of this retrospective. This exhibition, though, is not about sensationalising human suffering, rather, it tells the little-known stories of Lange's beloved people. Throughout her career, Lange used her camera as a political tool to trigger change. From her early studio portraits of San Francisco's bourgeoisie to her celebrated photographs of breadline queues and rural workers, Lange's penetrating portraits spotlight oft neglected social injustices. Her relentless commitment to her art and her desire to create a more humane society renders her one of the greatest photographers of the twentieth century.

A silent ode which speaks volumes; this is photography at its most powerful.

Gold Whisper members can receive 20% off tickets to this exhibition. Head to our 'Gold Benefits' page to find out more, or upgrade your membership here.
Vanessa Winship: And Time Folds

As part of the Art of Change programme, Dorothea Lange: Politics of Seeing, is staged alongside a solo exhibition of work by contemporary photographer Vanessa Winship. It's a daring comparison, for both women, working almost a century apart, are engaged in different battles. Lange, an artist-activist, was preoccupied with spotlighting social injustice; Winship, a contemporary aesthete, is intent on unearthing beauty in the destitute. But both are avid observers of people. And this makes for a phenomenal double bill. 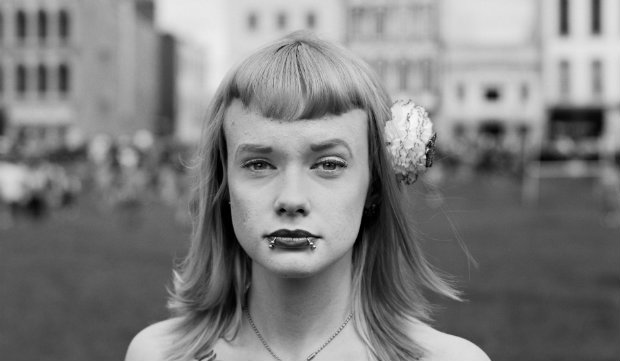 Vanessa Winship, Untitled from the series she dances on Jackson, 2011-2012

Winner of the Henri Cartier-Bresson Award in 2011, Winship is best known for her poetic images exploring memory, identity and the symbiotic relationship between landscape and society. Her startling portraits situate her sitters in the political, social and economical contexts of their time.

Bringing together more than 150 works, many of which have never been seen before, Jane Alison, Head of Visual Arts at the Barbican, sees this much overdue exhibition as 'a wonderful opportunity to introduce Winship’s photography to a wider public, as well as to showcase a great body of her powerful, and also deeply poetic work, from early prints to more recent projects completed for the exhibition'.