Luca Guadagnino returns to Northern Italy for his new coming-of-age drama series, following 14-year-old Fraser (Jack Dylan Grazer) as he wanders a US military base in Veneto

It's very cruel of the BBC to give critics access to only four episodes of We Are Who We Are. Yet, at the same time, it’s a beautiful privilege; a taste of what this writer’s reclining Sunday will consist of. This is the new coming-of-age drama from Italian filmmaker Luca Guadagnino, who made the divine LGBT romance Call Me By Your Name and later remade Dario Argento’s basic 70s horror Suspiria into an intellectually superior movie.

But We Are is clearly rooted in the former: following a watchable cluster of American teens running around a US military base in Veneto, Italy. The base itself is an eerily American construction, a strange suburbia complete with uniformly designed homes and supermarkets. 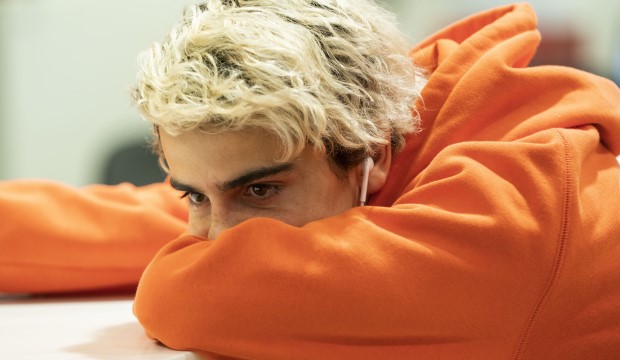 You’re introduced to the 14-year-old Fraser (a riveting and unpredictable performance from Jack Dylan Grazer) as he arrives at the airport with his lesbian parents (one of whom, the new Colonel of the military base, is played by the brilliant Lizzie and American Psycho actor Chloë Sevigny.) He’s chaotic, impulsive, introverted – wearing odd but fashionable clothes, reading Burroughs, and constantly plugged into his music.

He looks at everything with acute curiosity, following his instincts but keeping his distance. When he spies a group of teens, he follows them – eventually caught and introduced by Britney (Francesca Scorsese). It’s like he wants to be both seen and unseen at once. 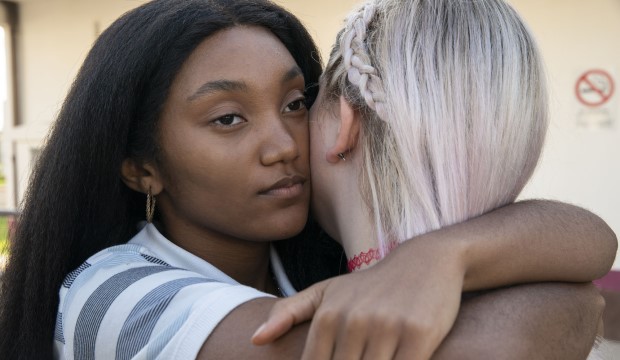 Guadagnino is never in any rush to introduce plot. The writing – penned with Paolo Giordano and Francesca Manieri – has a delightful, happenstance fluidity, moving gently to the characters’ natural rhythms. Its delectable patience becomes apparent in the second episode, which reframes the first from a different perspective: that of Caitlin (Jordan Kristine Seamón). She and Fraser form an ambiguous bond, deeper than friendship but not exactly romantic either.

Caitlin is an American girl of Nigerian heritage, whose parents are strong conservatives with a bizarre affinity for Donald Trump (the series is set in 2016, before the election). Contradicting those values, Caitlin dresses in a more masculine fashion, and even starts to question her gender entirely.

The first four episodes don’t examine this in any great detail, but you can see those subtle thoughts and ideas begin to grow. This in part owes to Guadagnino’s aesthetic talent for filming faces. He pushes close into them, clearly loving what they reveal and what they hide. 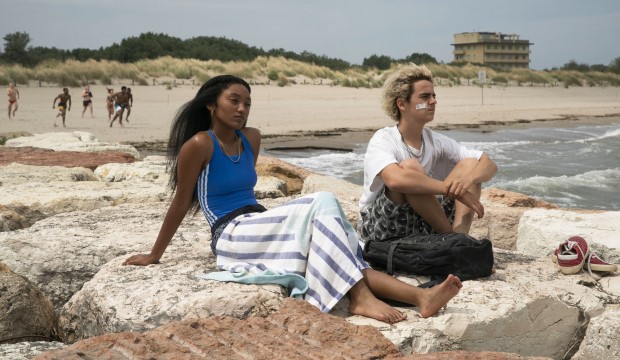 There are too many characters to cover in full here, but their mixture and their depth absorb you into a confluence of personalities – often spilling over with contradictions. Relationships crumble and repair as swiftly as the beautiful blue tide, into which they swim their days away. In episode four, after breaking into an empty Russian villa, that confluence develops in a drunk and smoky and sweaty haze.

Like those snapshots, you can’t forget the sublime excellence of We Are Who We Are. It possesses that nostalgia for careless adolescence as well as for beautiful foreign landscapes blocked by lockdown. But more than that, the love these characters feel to their core, misguided and otherwise, is what Guadagnino revels in. Let’s hope the next four episodes are just as magnificent.

We Are Who We Are