If the purpose of The Good Lord Bird – the seven-part anti-slavery Western from Ethan Hawke – is to educate about American abolition, it certainly succeeds… to a point. Prior to this viewing this critic was ignorant of the (in)famous John Brown, a white abolitionist preacher who thought violence was needed in the fight against slavery. He was hanged in 1859 for raiding a federal armoury in Harpers Ferry, Virginia, holding many men hostage to inspire a slave insurrection.

The series opens with his execution, narrated in voiceover by the fictionalised former slave Henry ‘Little Onion’ Shackleford (Joshua Caleb Johnson). We reverse in time to Henry’s first bloody encounter with Brown, in a barber's. Brown preaches the word of God like a crazed believer, the sharp lines of his face stretching with his enunciated words.

Seeing the sack that Henry wears, Brown mistakes him for a girl and takes him to join a band of multi-ethnic, abolitionist outlaws. Henry continues to live as Henrietta for most of the series, consistently leaving and returning for the cause. 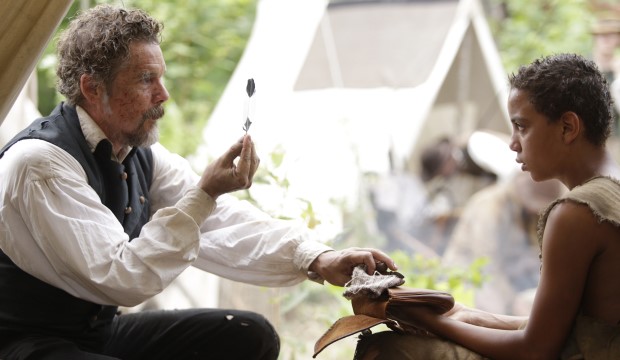 Despite The Good Lord Bird being based on the 2013 novel by James McBride, the influence of Quentin Tarantino’s Django Unchained seeps into its dusty pores. The funny and stupendous violence enjoys increasing the number of bodies wasted by rapid gunshots. The dialogue has a musical, literary rhythm, especially in Henry’s narration (‘just when he seemed to wrap up one thought, another come tumbling out and crashed up against the first’). The absurd humour also has its brilliant place, despite the dark and hopeless surroundings.

The series often strikes the bells of progression, chiefly because of its black perspective. John Brown's white privilege is criticised by Henry, who endures anti-slavery meetings in which no black people speak (‘it seemed like everybody got to make a speech about the N****, except the N****’).

Brown isn't omniscient or omni-benevolent, which is often the shape that the White Saviour character takes. Henry’s perspective is integral to avoiding this trap, and his coming-of-age thread is often more interesting than that of John Brown. 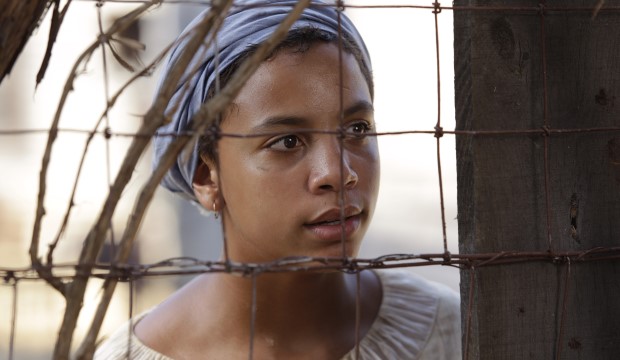 But The Good Lord Bird is desperate to resume its spoofy, gun-slinging take on historic events. It accelerates to a near-incomprehensible speed, rarely believing that patience is the right course. It shoots thick and fast, much like John Brown’s tactics. Little character moments fly in and out again, but they’re quickly swept back into the furious action. You can't see anyone too clearly; it's like being on a bolting horse and watching riders rush by in blurs of blood and mud.

Nevertheless, the characters make vivid impressions in their passing. None more so than John Brown, played by Hawke with destructively absorbing altruism. As he shouts in beautifully rusty diatribes, delivering antagonistic sermons on the pulpit or the edge of battle, his face pulls you in with its severity and sincerity.

The Good Lord Bird might’ve served better as a movie. The violence soon grows stale, the humour is just about maintained, and you find yourself struggling through the forestry of dialogue. But as an entertaining, educational history lesson – growing more and more pertinent to our times – this weird, revisionist Western shouldn’t be overlooked.